10 Best Dune Tattoo Ideas That Will Blow Your Mind! 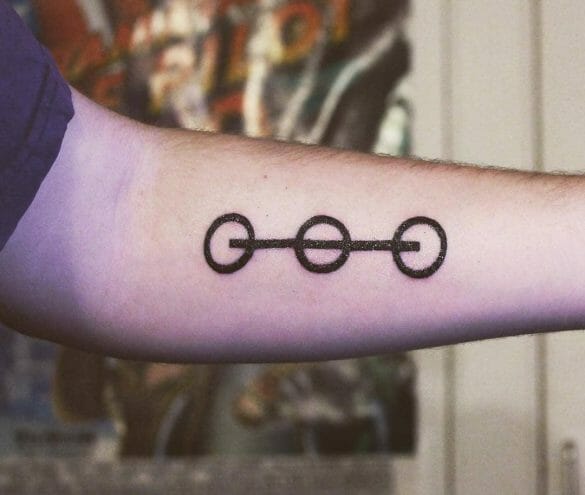 If you’re a sci-fi nerd who’s super hyped about the Dune series, these awesome dune tattoos are sure to become your new obsession!

Published in 1965, Frank Herbert’s Dune has been one of the best-selling science fiction of all time.

Dune narrates the story of Paul Atreides’ life journey on the desert planet of Arrakis in the distant future. Experiencing the trance of this spice-filled classic will make you want to turn your skin into the plot of the story itself, where the “Ink (read ‘spice’) must flow.”

After the new on-screen adaptation of Dune, many more have joined the existing cult fan base. From movie review to cosplay to tattoos, positive bursts of energy has been a constant from all fans and critics. Here we have a number of excellent tattoo ideas for you to choose from and be a part of this celebration.

Shai-Hulud, Favourite Of Every Tattoo Artist

According to the Fremen belief, the colossus sandworm Shai-Hulud is an embodiment of God, creator of this universe who defies time and represents immortality. You can always ‘arm’ yourself with an awe-inspiring, neo-traditional sandworm tattoo like this one and comments of appreciation will never stop. A great way to capture the menacing aura of the ‘Old Man of the Desert‘ is to ink it with red, the colour of rage. The stark contrast of red and black draws attention to the sandworm’s circular mouth where all its honed teeth are out on display.

Love going classic? Here’s the best idea you can provide to your tattoo artist, The Crysknife! This double-edged, curved dagger made from the tooth of a dead sandworm, radiates power that you can shape and hold as your own. The vision of a vibrantly impearled crysknife embedded in the flesh is eye-catching for all the Fremen fanatics out there. The detailed tinge of spilling poisoned blood is there to add to the statement.

While the Tarot unfolds the world of possibilities to show us the right way, absolutely anything is possible in the world of Arrakis. Anyone who is spiritually inclined would be overjoyed to flaunt this Dune card tattoo, where the bright red planet is surrounded by a sandworm as its protector. The sparkling stars against the dark sky promise extraterrestrial presence while giving a nod to astrology as well.

The Reverend Mother And The Fremen Tattoo

Wear matriarchy on your sleeve. This tattoo is all about the Reverend Mother, the leader of the Bene Gesserit, an all-women organization of spies, nuns and scientists, as well as an influential political force in the world of Dune.

Fremen, the native people of Arrakis are also a part of this untinged ink art.

Show off your love for symbolism with this geometric tattoo and continue to be charming more than ever.

If you love monster tattoos check out this Dune sandworm tattoo featuring a lovely lavender sky full of stars and Arrakis’ moons and a dry desert ruled by the Fremen leader. The sandworm keeps attacking spice harvesting sites as the steady sound of the harvester attracts it. Here, we can see the open-mouthed monster in its full glory, ready to attack anything that sets foot in its sand kingdom. Show off this on your forearm and keep the curious comments flowing.

Sometimes words are more impactful than images. But you already knew that as you read the book long ago and found your mantra, “I must not fear. Fear is the mind-killer.”

So, why wait? Join the ink club and explore all the tattoos with philosophical quotes that tickle your tastebuds like nothing before.

Crysknife Concept Tattoo But Not The Same Thing

Black and white speak more if you have a colourful personality. If you like dark, Goth inspired work, this tattoo is perfect for you to try out. This poison-tipped, iridescent Crysknife has a black handle with deep finger ridges. The unnamed poison from the tooth nerve of the sandworm gives this knife an undeniably powerful aura. This sacred weapon, a token of Fremen bravery is the perfect body art for a braveheart.

Time for the ultimate truth. You can’t help but love the little Muad’dib no matter what. Arrakis’ kangaroo mouse Muad’dib, admired by the Fremen for its ability to survive in the scathing desert weather, indeed is a true hero of the story. So much so that the protagonist took the name and made it his own. In this particular tattoo, Muad’dib looks cute as ever with its bushy tail, long feet and tiny hands.

As we know less is more, minimalistic tattoo is the new trendsetter in fashion. But we understand that as a proud Dune fan you wouldn’t want the same thing as everyone does. So here’s an idea you can totally pitch to your tattoo artist. It’s the silhouette of Paul Atreides set on his path on a sunny day after the calamitous sandstorm has settled. The shadowy slope of the desert, reflecting the colour of the dark moons, creates an amazing triangular shape, almost like an ice cream cone. Trust us and Pick this sand dune tattoo to create your own signature style.

Do you spend your leisure time playing video games? Have you and your friend been thinking about flaunting some badass spice harvester tattoos, gaming style? If the answer is yes, then getting this tattoo should be the next important thing on your to-do list. This colourful neo-traditional tattoo shows us the game version of the sandworm attacking a spice harvester, while two dragonfly air-jet rushes for rescue. A tattoo like this is bound to bring back your nostalgic childhood memories as a gamer. Get set go.

Yes, books and movies are two entirely different things to experience but Sci-fi has always been about letting your imaginations flow. Dune stimulates and expands one’s mind to its fullest. As a result, countless more art forms are born. We can call these tattoos “Children of Dune” as well. So dive in and get inked. If you want to explore more sci-fi tattoos, we have some suggestions for you to go through.