10 Best Dolphin Tattoo Ideas You’ll Have To See To Believe! 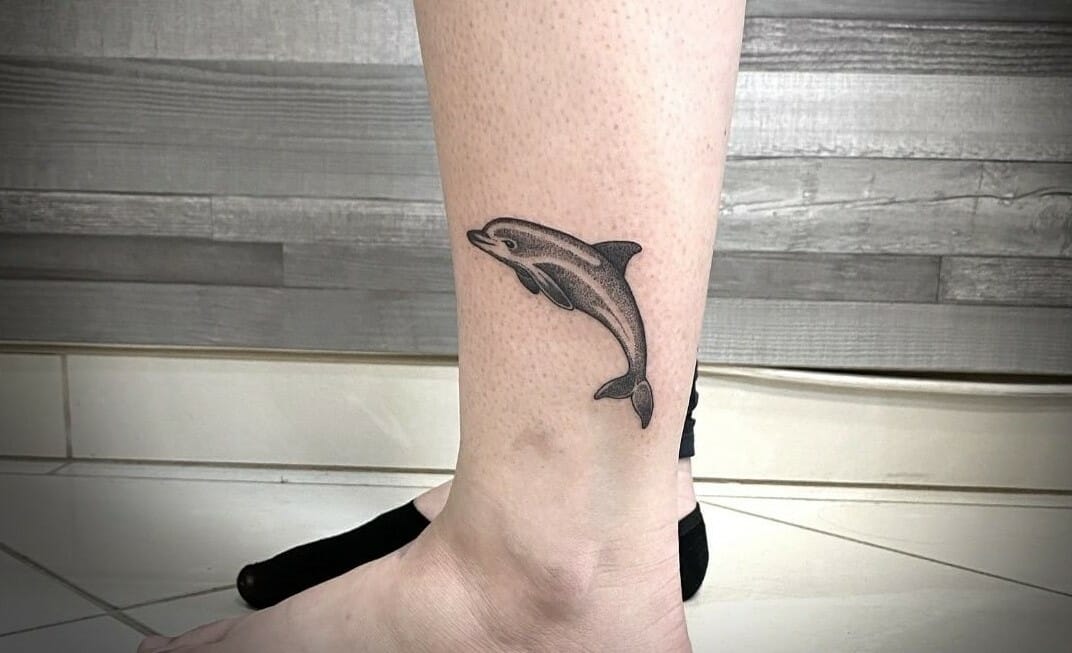 Hunting for cute dolphin tattoos to appreciate the cute animal? This list of dolphin tattoo designs has been particularly curated just for you.

The dolphin is an enigmatic animal of the sea known for its playful qualities and its ability to understand human beings with its intelligence.

Dolphin tattoos are very popular among many people all over the world especially those who live close to large water bodies like the sea or the ocean. Its popularity among animal tattoos can only be rivalled to baby elephant tattoo designs and alligator tattoos.

The history of dolphins goes back to the times of ancient Greek civilization when the Greek locals related the sea creatures with signs of good luck. If dolphins accompanied your ship journey, then you would have a safe trip. The Greeks associated the god Apollo with dolphins due to their high intelligence.

If you want to know what does a dolphin tattoo mean then the reasons are aplenty. Dolphins are symbols of the free spirit and getting a tattoo represents that you have the spirit of a free traveller within you.

You may have noticed that dolphins are full of playfulness and cheer. The happiness of freedom is related to dolphin tattoo meaning. A person who is free of all worries can think about inking dolphin tattoos on their body as the creature is also a symbol of good health.

Although women prefer dolphin tattoos more than men, it is equally common among everyone to get a dolphin tattoo design. Sailors are very fond of dolphins and they are the ones who become close friends with the animals when they are out at oceans.

Choose the best-suited dolphin tattoo from the list below and find out the hidden meanings behind the tattoos as well.

Are you a supporter of the American Football team Miami Dolphins? If you love the team who are consistent performers at the National Football League then what better way to show your love to the world than this dolphin tattoo art on your body? The dolphin is seen jumping through a ring of fire that symbolizes overcoming all obstacles coming in your way.

A bit different take on the Miami Dolphins logo, this tattoo is the one you should get if browsing through posts about your favourite team is your preferred hobby. You may use the first letter of your name wrapped around the creature to add a personalised touch to the tattoo.

Who doesn’t love watching two dolphins jump out of the water and then dive right after in perfect synchronisation? These creatures of nature have the meaning of the importance of family attached to them. They represent the bond between a mother and her child, siblings or parents.

This tattoo of two dolphins is a work of beauty that is a symbolism of how humans blend with dolphins very easily. They represent the ideas of community building. The placement of this tattoo design can be done on the upper arm region or near the shoulder.

The Yin Yang symbol is an ancient image commonly associated with two opposing forces whose clash led to creating the universe. When tattoo dolphins are used in the form of yin-yang shape, it signifies the harmony and balance in nature of humans and animals who live in peace with each other.

Even though these dolphins are not exactly in the shape of yin and yang, a person who chooses to get this dolphin tattoo knows that he has achieved harmony in his life.

Blackwork dolphin tattoos are loved by all. The bold elements in the tattoo design have some meanings behind them accentuated by the geometric shape of the map inside the body of the dolphin. Use some stories from your life to fill in the outline of the blackwork dolphin with elements and characters you have encountered in reality.

This tattoo of moon dolphin meaning the eradication of all evil spirits can be your next piece of body art. The crescent moon is a common symbol that people associate with feminine virtues of love and maturity. Adding a dolphin symbolism to the tattoo is like seeing dreams while you are awake.

A family dolphin tattoo like this is ideal for women who want to etch the name of their children on their skin lifetime. The full moon and the intelligent dolphin character fuse together harmoniously for a work of beauty.

Tattoo sleeves are not for everyone. So think carefully before getting a sun dolphin tattoo sleeve like this one. The sun, dolphin and rose are all various parts of nature that have can combine to form a calming tattoo. Get this tattoo if you have a balanced family life and maybe try out the sun, dolphin with other tattoo designs as well.

Stories are a part of the history of people and this dolphin tattoo is almost like reading a storybook. The presence of seahorse, crab and dolphin makes this a perfectly intelligent tattoo dolphin design for sailors.

Loyalty is a quality that is associated with both a dolphin tattoo meaning and an anchor tattoo meaning. If you bring these two things together in a tattoo design to represent your loyalty towards your family then there can’t be any better tattoos.

The anchor can be attached to a submarine to get a submarine dolphin tattoo with dolphins swimming around it. The placement of this dolphin and anchor tattoo can be done on the lower back or the upper part of teg shoulder.

Do you know that celebrities like Ben Affleck also have dolphin tattoos inked? They prefer small tattoos such as this one to represent their dreams and aspirations.

A simple dolphin tattoo is not as easy as it looks. It requires a highly creative artist to make this tattoo on the inner wrist region.

This tiny little tattoo of a dolphin diving into the water with only its tail visible outside is ideal for a person who likes to hide their real self within themselves protecting them from the outer life of hardships.

This seems less like a tattoo and more like a painting, right? You could consider getting this dolphin tattoo if you love colours around you. The multiple coloured dolphins is a visual treat for anyone who sees them. Take a photo of this after the tattoo heals and it could be one of your most popular posts on social media.

The blue majestic dolphins look like a force of nature nobody would want to mess with. Get this dolphin tattoo on your lower back as a sign of your intelligence to the people who surround you.

The dolphin in this picture looks as if he has found peace. While thinking about tattoos, the dolphin is an animal that you can get a tattoo of if you love animals. A submerged dolphin tattoo meaning you want to dive deep into the ideas that keep visiting your mind is a good design to choose from.

Get this happy faced dolphin tattoo inked to show your cheerful countenance to your colleagues.

Apart from the dolphin tattoo ideas and their respective meanings discussed above, here are a few more suggestions to help you customize your own tattoo.