10 Best Cross Tattoo On Wrist Designs That Will Blow Your Mind! 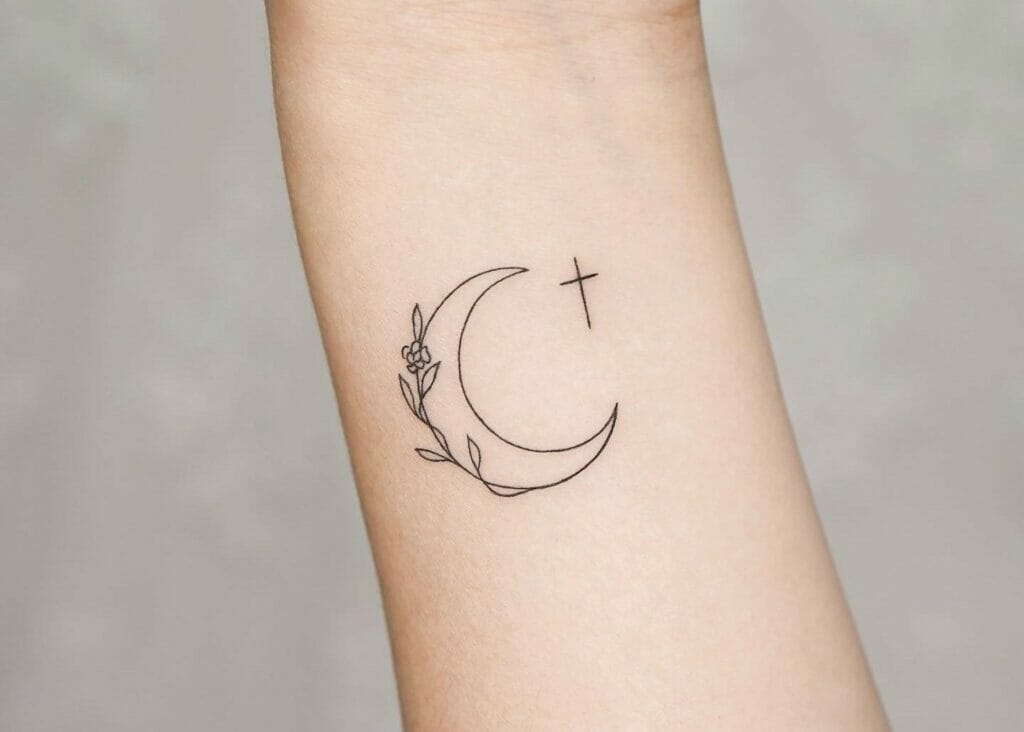 Are you a religious person and an enthusiast looking for some cross tattoo on wrist ideas? Spend minutes on this article to find popular tattoos on wrist ideas.

If you are wondering to get yourself tattooed with some positive cross tattoo ideas then here are some amazing cross wrist tattoo ideas that will create a lasting impression on the onlookers as well as be filled with meanings to blow your mind.

Tattoos give expression to one’s values and perspective towards life. Wrist tattoos are nowadays much in vogue.

Meaning of tattoo changes owing to cultural differentiation along with placement area. There are painful places where people ink tattoos one of which is the wrist. Despite it should be mentioned that tattoos always reflect the thoughts of the person who is wearing them.

Cross tattoos of an embodiment of faith or loyalty to the religion of Christianity. Adhering to Christianity it is important to mention that the cross is where lord Jesus Christ sacrificed his life in order to safeguard humanity. Therefore it is an important embodiment of unconditional love along with sacrifice. It represents the similar love that Jesus spelled and the sacrifice he did for the entire human race. You can always select a Celtic cross tattoo on your wrist or a scripture tattoo to show your devotion.

People believe that religion is something that enables individuals to lead a positive life following the right path. Henceforth, from among a number of tattoo designs, people tend to go for cross signs. Religious cross tattoos for men and women come in discrete symbols and shapes.

Girly cross tattoo on wrist meaning Christian faith has been drawn on the side wrist of the girl. Besides, the girl has associated her cross tattoo on her wrist with a heart on the other arm. Black ink has been used by a tattoo artist for designing the faith tattoo.

There is an inseparable relationship that exists between cross and heart tattoo. The combination of the signs shown in the picture indicates love associated with faith. There can be several variations of the design that can be customized by Christian men and girls as tattoos on side wrists.

The black cross associated with the rosary has been inked by the tattoo artist on the skin of the man. The tattoo is a potential sign of Christianity and is one of the potential symbols of Catholicism. A cross on a wrist tattoo looks beautiful and shows one’s devotion to the religion.

The tattoo has been done with extreme precision filled with black ink and there is no doubt that it portrays a superior level of artistic skills.

A beautiful red cross tattoo has been designed on the upper wrist of the girl which is giving her an ethereal appearance. The tattoo also shows the girl’s faith in the Lord. The picture of the red cross is a very depiction of the sacrifice of Jesus Christ that he did in order to save the human race. The particular Red Cross tattoo is a representation of the central path of the Christian faith.

It should be mentioned that a red cross tattoo is powerful as well as spiritual and comes in various styles along with symbols that always unleash different sets of meanings. You can always ink yourself this particular tattoo design on any part of your body including your head, lower arm, and left shoulder.

A Cross found on the wrist is itself unique and well expresses the word faith in Christianity. The cross tattoo on the wrist has been inked by the tattoo artist covering the frontal part of the wrist of the man. The tattoo is associated with the rosary.

The question might arise: why do people put a cross tattoo on their wrist? Christian faith tattoos come with a number of symbols that signify different meanings. The Cross associated with the rosary is a perfect embodiment of Mother Mary who is a maternal figure among Catholic Christians. Rosary is itself symbolic of prayers. When it comes to the Rosary prayer it tells about the life of Mother Mary and Jesus Christ. In the month of October, there is a ritual and is known as the month of Rosary prayer. Although Christians use this prayer throughout the year.

The hand tattoo is not only covering the wrist but also the lower arm of the man and is one of the most suitable cross tattoo designs that can be inked by men on their bodies. Christians always etched flowers with crosses.

A cross tattoo on the wrist when associated with a rose portrays joy, purity, and martyrdom. Rose and cross picture designs are one of the most popular tattoo designs that are chosen by women today. This well establishes an individual’s relationship with God. It is a sign of perfect beauty for the onlookers.

A Cross tattoo when attached with various symbols changes its meaning. A rose with a cross is symbolic of the death of a loved one. It is one of the memorial tattoos that has been inked by the individual on his rest that is covering his lower arm.

Moreover, it is symbolic of martyrdom. The beautiful flower along with the cross contains a religious meaning and can be worn by any who are believers in Christianity. You can always select the picture design to get tattooed.

The tattoo on the side wrist designed on the girl is enhancing her appearance. The tattoo falls under the category of direction arrow tattoo. It is a symbol of native Americans and is a perfect embodiment of direction as well as power.

Flowers have always been associated with crosses. This particular cross tattoo on the wrist with a lily flower is popular among girls nowadays. Flowers carry religious meaning.

The Lily flower when associated with the cross stands for purity. In addition to this, the particular flower arts and extra charm to the tattoo design as it embodies the devotion of one towards Christianity. It should be mentioned that the Lily flower is symbolic of motherhood and rebirth. In some countries, the flower represents fortunate love that is never-ending. People mention start a Lily flower is a sign of pure romance. You can always get yourself Inc with a lily flower cross tattoo in order to show your devotion and faith towards Jesus Christ and Christianity

If you too are a religious person and looking for some awesome ideas to get yourself inked with a cross tattoo on your wrist to show your religious belief and faith towards Christianity, a series of wrist tattoo designs has been listed in the below section from which you can easily select.