10 Best Chinese Zodiac Tattoo Ideas That Will Blow Your Mind! 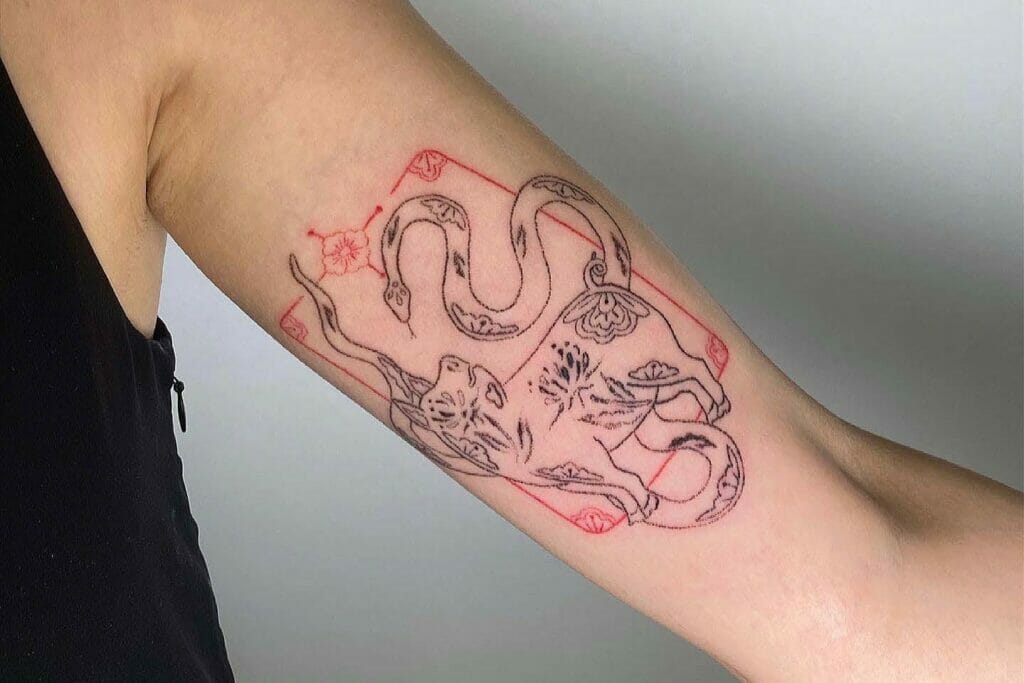 If astrology kindles your passion and you find the Chinese zodiac tattoo to be tempting to your soul, then delve deeper into these tattoo ideas.

The Chinese zodiac body art is one of the most sought-after tattoo designs.

Even though science is evolving so fast, humans still rely immensely on astrology. It is no wonder why certain people choose to believe everything the horoscope delivers.

Chinese astrology is no exception since it is widely followed by cultures across the Asian continent. Apart from China, countries like Japan, South Korea, Thailand, Bhutan, and Nepal have accepted the Chinese zodiac as a part of their astrological classification scheme. The Western world also glorifies and follows Chinese zodiac signs. And just like the Western zodiac, the Chinese one is divided into twelve characters. These Zodiac signs are of animal characters. The animal zodiac signs provide the necessary details about people born in those respective years. From their personality traits to details about their life, and luck, these Chinese symbols can foretell everything. Millions of people follow the Chinese zodiac, and tattoo lovers are going crazy with these zodiac tattoos. From funny little animals to gigantic artistic symbols, these Chinese zodiac tattoos have unique twists and turns.

Ever wondered how it would feel to copy and paste the entire Chinese zodiac on your back? This girl must have thought something like that. The tattoo of the twelve Chinese zodiac animals is elaborately inked on her back from top to bottom.

Starting with the Rat and ending with the Piglet, this tattoo features gorgeous details in the right manner. This tattoo syncs pretty well with the zodiac cycle. Each animal is designated to symbolize something spiritual. All twelve signs represent the real astrology based on the lunar calendar. If you are a follower of the Chinese zodiac signs, you must contact your favorite tattoo artist and get it done. This tattoo will look even more appealing in bright colors.

The next tattoo is an extraordinary piece of body art. Stretched from the chest down to the hand via the shoulder, the image of two snakes and a pig is an absurd depiction of the zodiac signs with vibrant colors. The pig is posited at a small distance from the two entangled snakes.

The next tattoo features the Chinese zodiac sign of the Dragon. It is tattooed skilfully in the middle of the tattoo bearer’s back. It is a black outline tattoo of the ferocious dragon.

The dragon is one of the luckiest zodiac signs and stands for power, enthusiasm, success, growth, and nobleness. The Chinese New Year uses the dragon as it represents good luck also. The Years of the Dragon are 1952, 1964, 1976, 1988, 2000, 2012, and 2024. And thus, the characteristics of anyone whose birthday is in these years can be charismatic, smart, energetic, confident, and powerful. The element of the dragon is earth. It is especially a unique zodiac sign, yet its tattoo demands are much higher. Both women and men can ink this tattoo on any part of their body.

The Tiger zodiac animal and floral mandala art mashup tattoo on the arm look stunning. The realistic face of the tiger and dramatic designs make the tattoo an aesthetic piece of art. Any onlooker will be amazed upon seeing such a wonderful zodiac animal tattoo idea.

The third in the Chinese zodiac system, the Tiger is the “king of the jungle”. Those born in 1914, 1926, 1938, 1950, 1962, 1974, 1986, 1998, and 2010 show the personality of a king: seeking challenges and enthusiasm in life, generous and noble. But they can be easily irritated and lose their temper. They are fiercely passionate but calm most of the time. Their element is wood. Anyone who is a Tiger can choose this extremely graceful tattoo.

This next tattoo is a creative Ox, drawn with black tattoo ink. It is an outline tattoo of the Chinese zodiac sign of the Ox. The single-line drawing of the symbol on the shoulder is so simple yet magnificent that the beholder will just gape at the tattoo.

The second zodiac symbol is the Ox. It is said that the Ox helped the Rat to come first in the competition, and thus it comes at the beginning of the zodiac system. People born in the years 1949, 1961, 1973, 1985, 1997, 2009, and 2021 have these traits attributed to them. They are smart, patient, diligent, and have great faith in their plans and decisions. The style of this Ox symbol tattoo is extraordinary.

This ‘sui generis’ tattoo on the chest is something to behold. The angled tattoo of the twelve zodiac signs of the twelve animals with a peculiar cat in the middle is not only unique but also beautiful in every way.

The Chinese zodiac has the animals like the Rat, Ox, Tiger, Rabbit, Dragon, Snake, Horse, Goat, Monkey, Rooster, Dog, and Pig. But there is no cat there. As the legend goes, the cat was ditched by the rat as they were crossing the river on the back of the ox. The cat was pushed into the water and was wrongfully disqualified from taking part in the competition. Thus it was never included in the zodiac system. But as all cat lovers would agree, the cat should have been there. That is why this tattoo is perfect for loyal cat lovers.

This next zodiac tattoo idea is terrific in its presentation of the monkey and the rabbit signs. The two small rabbits and the gigantic monkey form a family. The fine and balanced strokes of the tattoo are impressive. The subtle details make it even more painting-like.

Year Of The Horse Zodiac Tattoo

This extraterrestrial zodiac tattoo idea of the horse on the arm is next on the list. The realistic drawing of the tattoo is what attracts the eyes. The ethereal effect made by the horse, the trees, the constellations, the clock, and the silhouette make the tattoo even more astonishing.

The birth year of the Horse represents beauty, power, and liberty. 1954, 1966, 1978, and 1990 Chinese zodiac is of the Horse. Those with this as their zodiac symbol are active, energetic, and loyal. They form stable relationships built can revolt if they feel their freedom is getting compromised. they believe in pattern and style in life. Those who are born in these years can easily let this design choose them.

Even though rats might not be an ideal creature for everyone, they do get quite noticed by the people who have this zodiac symbol. This style of body art is done with black tattoo ink. The rat is upside down and looks quite natural.

The Rat stands at the beginning of the Zodiac line as it came first in the competition, according to the myth. The birth year 1984’s Chinese zodiac sign is the Rat. As the rat is the most hard-working of all animals, people with this zodiac tend to be successful in life. They are very social and friendly. They like to spend money but can be useful to others.

The next design features the Rooster zodiac symbol. The careful detailing of the drawing is worth all the attention. The moon and rooster tattoo is beautiful and appealing.

The tenth of the zodiac symbols is the Rooster. Those who are born in the years 1956, 1968, 1980, 1992, 2004, 2016, and 2028 have this animal attributed to them. These people are talented and boastful of their achievements. They need the spotlight wherever they go. They can be very observant and judgemental. If you are a Rooster, you can get this tattoo symbol done on your body.

Tattoos can be a great alternative form of accepting your true nature and characteristics. The Chinese zodiac characters are the most celebrated symbols in Asian as well as western countries. These characters make great designs for tattoos. The twelve animals of the zodiac system represent something bigger. Not everything humans believe is scientific, and astrology is such a thing. So if tattoo designs are what inspire you, this is your opportunity to get one as soon as possible.