10 Best Chin Tattoo Ideas You’ll Have To See To Believe! 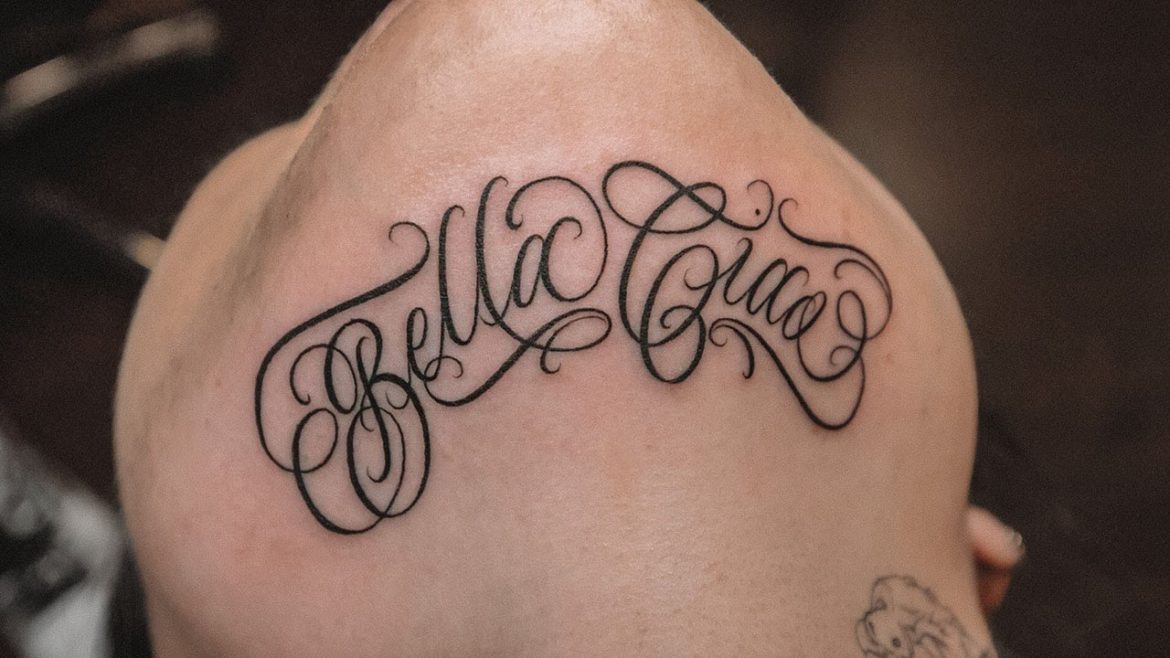 Looking to get a chin tattoo? Check out these new and amazing chin tattoo designs for men and women and find out the deeper significances related to them!

Even though chin tattoos were used mainly by tribal cultures at one point, in recent times, such tattoos have become quite popular and reached a greater extent.

Facial tattoos are a big commitment, as they remain visible all the time. The same goes for a chin tattoo, which should be designed in such a way that it matches your personality and inner disposition.

What Do Chin Tattoos Mean?

According to history, chin tattoos were part of the Inuit culture and were a form marking a young girl’s journey into being a woman, and then her life’s successes and achievements as an adult woman. Additionally, chin tattoos were also an integral part of the Maori culture, and still continue to be a reflection of the rich Maori heritage and traditional practices. To add to this, recently, men and women are also getting different kinds of chin tattoos, which are not related to the Inuit or Maori cultures, but hold special meanings of their own, depending on the symbols they feature. Tattoos under the chin are also gaining a lot of traction, as that body part offers a larger canvas, even though getting tattooed under the chin hurts quite a lot.

If you want to get tattooed on your chin, continue reading this article to find the best designs suitable for both men and women, that will surely make you stand out!

This is a traditional tattoo belonging to the Inuit culture. Years ago, a single line was inked on the chin of an Inuit female to mark their transformation from a young girl into an adult woman. Hence, a single-line chin tattoo had great significance and was a crucial tradition. Such tattoos were a mark of celebration of women among native tribes. Recently, there has been a resurgence of bringing this sacred cultural practice back, and hence, if you are an Inuit woman, you can certainly get this tattooed on your chin as a symbol of your journey.

While a single line meant the transition from girlhood to womanhood, two or more lines were symbolic of even more milestones accomplished by a native woman in her life. So, if you want to mark an important achievement of yours, this can be a beautiful and traditional way of doing that. A chin tattoo of this sort can become a part of your identity and would help you in remembering your roots and culture.

Insect tattoos are always fascinating because insects are highly symbolic creatures. In this tattoo, a cicada has been designed using black ink. However, tiny detailing has been added with brown colour. The tattoo is quite large and covering the entire portion under the chin, looking quite artistic. Cicadas are a sign of transformation and renewal, so if you connect to those meanings, you should definitely opt to get tattooed with this idea.

If you prefer having a splash of colours and vibrance on your skin, then this tattoo is a perfect alternative to the first one. The pink and green combination is looking nothing short of spectacular. In general, butterflies make for lovely designs, and this tattoo is the biggest proof of that. The vibrant and eye-catching contrast created by the wings of the butterfly and the background is simply marvellous.

Maori tattoos are traditional tattoos belonging to the Maori culture, native to New Zealand. A Maori chin tattoo is called a “Tā moko”. A lot of traditional Maori tattoos were done on the head, as they believed the head is the most spiritual part of the human body. Interestingly, getting tattooed on the chin was a practice reserved for the members of high social ranking in the Maori tribes. As you can see in this image, a traditional style of tattooing has been maintained, with the motif framing the lips on two sides and extending from the lower lip to the end of the chin. Such chin tattoos were mainly done using blue or black ink, as shown in the image. Hence, this can be a perfect tribal tattoo for Maori men and women, who want to show the world their cultural roots and identity.

In this tattoo, the lettering on the chin has been done in such a manner, it is resembling tribal patterns. The word, “BEAST” has been tattooed on the chin, but at a glance, it would be hard for people to decipher that. Hence, a tattoo of this sort will add mystery to your personality. Such tattoos not only carry a message but also add aesthetics to the face of the person sporting it. You can ask your tattoo artist to use coloured ink to recreate this design if you prefer that.

Floral or leafy motifs are a go-to for both men and women. Hence, a leafy tattoo under the chin can be quite a simple, yet beautiful addition. In this tattoo, as you can see, the leaves and curved lines of the branches are seemingly framing the face of the wearer. This type of design can be a unique accessory for you.

A fitting alternative to the first tattoo would be this one. Even though this idea is quite simple and straightforward, as well, the use of bright colours is adding a zing to the motif. The bright red, yellow, and green are all matching well together and forming the perfect combination. Such designs are relevant for both men and women.

Even though the chin tattoo meaning depends on what symbol or pattern one decides to get, it is not mandatory for a chin tattoo to hold a symbolism every time. Therefore, if you like the concept of being marked with an abstract pattern, then check out this tattoo. The black lines could be resembling thunder, cracks, or something else entirely. The best part about such a tattoo is that you get to assign meaning to it, but if you don’t want you, you don’t have to.

Ornamental tattoos are popular mostly due to their chicness. So, if you like the idea of having chic art on your skin, then an ornamental chin tattoo could be the way to go, for you. As you can see in this design, the whole motif is quite simple, yet eye-catching. There is nothing too fancy about such a pattern and that is what is making it special. You can also choose to get this tattooed in any other colour.

For lovers of colour, this chin tattoo will undoubtedly catch your interest. Even though the main motif has been coloured, the whole pattern is still looking quite muted, due to the matte effect of the ink. The red and yellow colours are contrasting off of each other, perfectly.

For years now, minimalist tattoos have been rising in popularity, due to the little time they take to be created, but the immense beauty they hold. Check out this chin tattoo, for instance. The simple black curved lines hold no special meaning but are adding an allure to the wearer’s face. A tattoo of this size will heal in the second or third week after being inked, but its beauty will remain for years.

It is quite difficult to find tattoos that cover a sizeable portion of the skin and hold some interesting meanings. So, if you are looking for a large chin tattoo that tells its own story, you would definitely want to get inked with this tattoo, right here. This tattoo is featuring the well-known Eye of Providence, which marks the fact that all of us are being watched over by God. The wings on both sides of the Eye, along with the rose, and the geometric patterns below, are all coming together to create an exceptionally unique chin tattoo. The intricate detailing and shading are further enhancing this piece of art.

If you would rather have enticing patterns and motifs on your chin and neck, then this is the perfect alternative. The elaborate ornamental motifs right under the chin, with smaller motifs extending down the neck, are complementing each other perfectly.

If you are a spiritual person and want a chin tattoo that explains that, you can opt for this idea. The Devanagari symbol has been used to denote “Om“, which is a sacred symbol and mantra. The gradient orange and yellow colouration are making this meaningful symbol look very traditional. Such a tattoo will not only help you to feel positive in life but will also protect you from any form of danger, and help you to accept the greater truths of life. You can ask your tattoo artist to recreate this in a smaller or larger size, according to your preference.

White tattoos are very attractive to look at, especially because they are so rare and look amazing on the skin. Hence, you can totally opt for a white chin tattoo that will leave everyone around you awestruck. As you can see in the image, a white outline of a butterfly has been inked. Butterflies are believed to be a representative of young love. Hence, if you are madly in love with someone and want them to be a part of your life forever, this tattoo could be the perfect symbol of that.

Now that you are aware of the history of chin tattoos and their association with different tribes in various parts of the world, you can surely understand the value of the inception of this tradition years ago. Nowadays, chin tattoos have become popular for people outside of Inuit or Maori cultures, as well. A chin tattoo is quite versatile in nature and marks whatever meaning is ascribed to it. Here is a quick collection of the various kinds of chin tattoos popular for men and women-