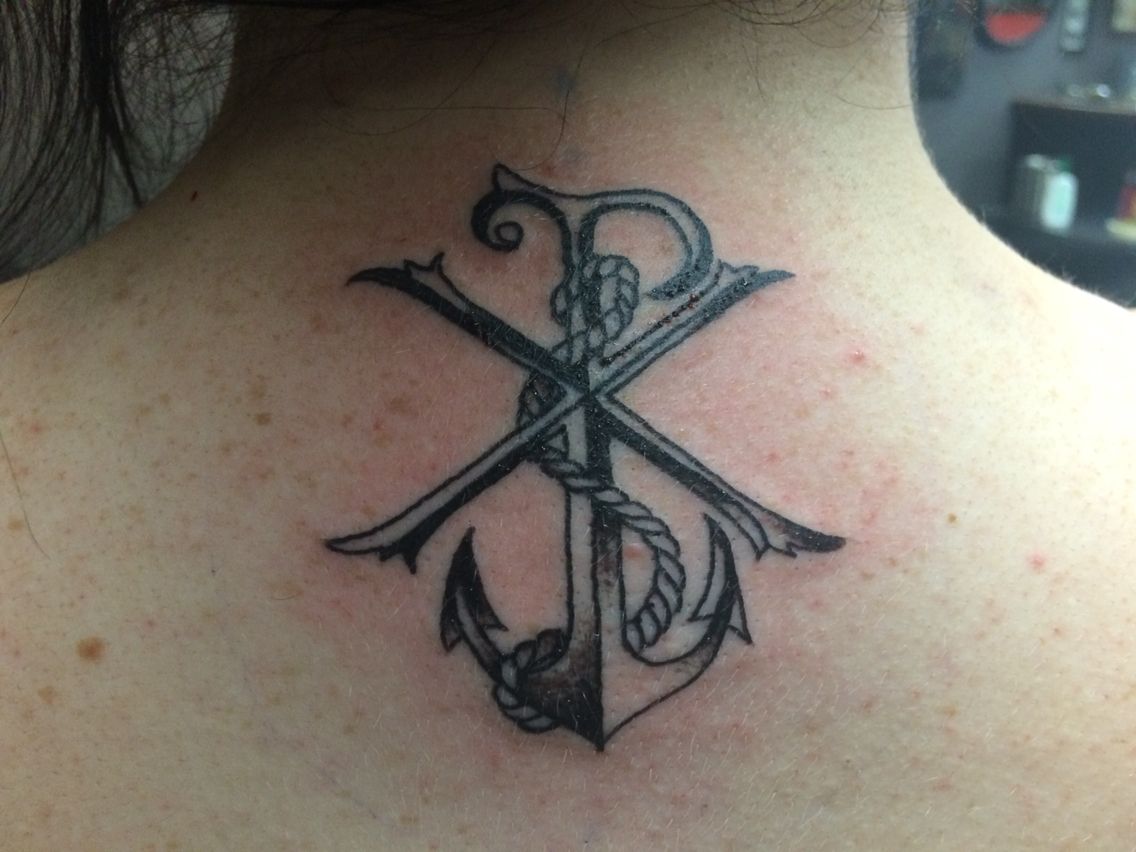 Are you in search of a stunning chi-rho tattoo for your next ink? Here is a list of some of the best chi rho tattoos that you need to see before getting one!

The chi-rho tattoo is popularised as a Christian symbol of faith representing Jesus Christ. This symbol reminds the wearer about the presence of the supreme being and the significance of religion.

This symbol is nothing but a Christogram that incorporates two Greek words- ‘Chi’ and ‘Rho’ of the greek word ‘christos’ meaning Christ. However, much before Christianity came into existence, the pagans used to worship this symbol in ancient Greece. It is believed that this symbol bestows good fortune and prosperity. In the early days, soldiers were seen with the chi-rho symbol tattooed on their bodies. They had tremendous faith in this symbol which marks honour and victory. The chi-rho tattoo includes arrows that signify war or hunting down animals in the wild. It is vastly believed that the ancient Roman Emperor Constantine I envisioned this Chi-Rho symbol in his dream the day before he fought in the battle of Milivian Bridge in 312 A.D. After that, the Emperor engraved this symbol on the weapons and shields of his troops and subsequently emerged victorious on the battlefield. This incident led the Emperor to legalize the chi-rho symbol in their religion. This symbol also marked its way on the Roman coins and the successors of the Emperor continued to use the Chi rho symbol in all their religious practices. Getting a Chi rho tattoo is indeed a sign of faith in God and religion. This tattoo displays the spiritual side of the wearer and marks the glorious Roman days.

There are several types of Chi rho tattoo designs, each of which is a symbolic representation of God and his messages. Read to find out more about some amazing chi-rho tattoos and their spiritual symbolism.

The symbol is framed by the leaves on the outer edge giving it a tribal touch! The incorporation of the alpha and omega, the first and last letters of the Greek alphabet, adds depth to its meaning. Perhaps, these two letters denote the title of Jesus Christ in the Book of Revelation. The chi-rho symbol is emboldened in black while the leaves are inked with crisp detailing.

If you are looking for a small design that will fit anywhere on your body then this is the one for you! The immaculate and sleek look of this tattoo is bound to get attention. Apart from the wrist, you can also place this tattoo behind your ear. This can be a great choice if this is your first tattoo experience.

The beauty of the roses combined with the mystical implication of the Christian symbol creates powerful imagery. The rose tattoo adds a vibrant contrast of colours to the tattoo design. The symbol is placed at the centre and beautifully shaded around the edges. You can place this tattoo on your bicep where there is enough space to fill in the details.

The first two letters of the Greek word for Christ– Chi and Ro are portrayed creatively in the form of a butterfly. The artistic brilliance of this design is not one to be missed! The beautiful ornamentation around the design further enhances its feminine appeal. You can place this on your arm to amp up your style statement.

This design has its origin back in the Roman empire where the symbol was used as an emblem on coins. The realism of this art is created by the brilliant shading and subtle white highlight outlining the symbol. You can alter the size of your roman coin tattoo depending on your choice of placement.

The chi-rho symbol can be an awesome head tattoo idea if you are willing to go for one! The mind comes at peace immediately after setting eyes on this powerful symbol. The thick bold lines in the design gives it a stunning appearance. You can incorporate other designs as well to make your head tattoo look even more appealing.

The fluid watercolour effect enhances the mystical charm of the union of the two spiritual symbols in this tattoo design. The sacred flower of life tattoo contains artistically aligned geometric patterns within a circular framework. The chi-rho symbol at the centre is kept simple with a black outline. Together, it indicates the presence of a divine force in another realm of enlightenment.

The splash of colour is an impressive detailing at the centre of the tattoo. The artist has used a gradient of purple and blue ink to create the backdrop. The symbol is drawn with minimal details and put inside a circular frame. The roman numerals at the top add a personal touch to the design.

It appears like the chi and rho symbol is carved into the skin of the wearer. The realistic shading outlining the symbol in a red hue accentuates this illusion. This tattoo will look stunning on your arm, back, or shoulder.

Here, the rho symbol denoted by ‘X’ is portrayed in the form of a key. You can opt for this one if you’re in search of a monochromatic tattoo with a unique twist. These tattoos eventually infuse the mind of the wearer with hope and optimism.

The chi-rho tattoo can be included with several other symbolic tattoos that will bring forth divinity. One of the most common Chi rho tattoo types is the Trinity tattoo which comprises three distinct elements that intertwine with each other. The inner two elements are the Chi-Rho symbol and the Greek alphabets- alpha and omega. These two elements are bound together by the third element- the circle. The Gospel is also a fascinating tattoo that includes the chi-rho symbol and signifies God’s message through it.