101 Best Cheetah Tattoo Ideas You’ll Have To See To Believe! 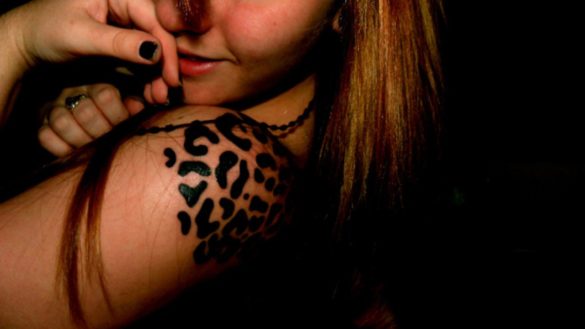 Looking to get a cheetah tattoo to bring out your inner fierceness? Check out these cheetah tattoo ideas perfect for both men and women, and take your pick!

The cheetah is the fastest cat, known for its speed and power.

Besides their agility, cheetahs are very aesthetic and exotic to see. Hence, it is no surprise that men and women love the idea of getting a tattoo of this alluring animal.

What Is The Meaning Of A Cheetah Tattoo?

Unlike a leopard tattoo which stands to symbolise one’s solitary nature, cheetah tattoo meanings are associated with hidden power, strength, and adaptability. A tattoo like this may be a nod to the wild side inside you, even if your appearance suggests otherwise. If you are the kind of person who loves nature, a cheetah tattoo can be symbolic of that as well. Cheetah tattoo designs are combined with a variety of other patterns to enhance the meanings of such tattoos. Hence, there are several categories of cheetah tattoos. Such tattoos can easily become the most meaningful and popular tattoos for both men and women.

Now that you know about the cheetah tattoo meaning and symbolism, check out some of the popular designs which are being used to create tattoos of this amazing animal.

Even though the cheetah wields a lot of power, getting a tattoo of this big cat that features floral motifs will be quite different and ironic. In this tattoo, the fierce expression on the face of the cheetah and the graceful red roses surrounding it are creating a complex visual. Additionally, the black and yellow cheetah print is popping out against the vibrant red roses. You can give this tattoo a more elaborate look by asking your tattoo artist to add more flowers.

The agility of a cheetah is remarkable and wonder of nature. The way these animals catch their prey, represent nothing short of perfection. Hence, a forearm tattoo that portrays a running cheetah, can be the perfect way to depict this animal. In this design, the attention to detail is quite fantastic. It is looking like an actual picture of a cheetah. The light shading throughout the body and the blurred hind limbs is truly making it appear like the fastest animal is in motion on the arm.

If you are in search of a cheetah sleeve tattoo that looks unique and out of this world, how about this intricate design? Here, the face of the cheetah has been inked, which is partially covered by flowers. However, the fierce expression on the face of the cheetah is quite evident. The realistic golden-orange eye is forming the perfect contrast against the black background. A large tattoo like this is not only beautiful and different but has a powerful appeal that will make you stand out.

Tattoos on the upper back are quite popular among men and women, as these tattoos can be hidden or exposed, depending on one’s mood. So, a realistic cheetah tattoo on your back may certainly interest you. The way this tattoo has been inked is making the spotted animal look very realistic. The posture and the expression on the animal’s face are typical characteristics of an actual cheetah. Additionally, the dark shading, prominent black spots, and pale green eyes are all making the tattoo come together.

While blue butterfly tattoo meanings are connected to good luck and fortune, cheetahs can represent the desire to fulfil one’s ambitions. Hence, when the two are combined, a beautiful and symbolic meaning relating to life, luck, and success is created. In this tattoo, the blue eyes of the cheetah are matching with the blue butterflies. While the rest of the design is simply an outline, the bright blue is certainly capturing the attention. Cheetah print is surrounding the main motif, and there are two flowers which are framing the whole tattoo perfectly.

If you want a different kind of cheetah tattoo, why not get this one? This tattoo has been inked on the hand and only depicts half of the cheetah’s face. You might get this as a matching tattoo with a family member or loved one who gets the other half inked on their hand. The dot shading done on the cheetah is quite spectacular and further enhancing the entire design.

Geometric designs never go out of style. There are many options for geometric cheetah tattoos, but this one certainly stands out. As you can see in the image, the face of this exotic animal has been framed by a diamond shape. This tattoo is particularly great because the colours used in this tattoo are making the whole design look vibrant and stunning. The cheetah is wearing a collar with a bright emerald on it, which is further enhancing the royalty of this animal. Tattoos like this look like works of art. The size of this tattoo is moderately big, but you may choose to get an even bigger version of the same design.

If you don’t want to get an elaborate cheetah tattoo but still want people to know you mean business, this cheetah spots tattoo is the best option for you. This tattoo looks quite amazing and will also convey your fierce and powerful personality. The cheetah print is quite aesthetic to look at, and hence, a cheetah print tattoo on your body will add those aesthetics to you. You may choose to get this cheetah print tattoo inked anywhere on your body. Usually, people get such a print tattoo inked behind their ear, as pictured, or even on the side of their wrist.

Ornamental designs are usually popular among women, however, any person can sport them if they want to. This design is inked using only black ink. However, it is standing out due to the fierce expression on the face of the spotted animal and the ornamental designs surrounding it. The whole tattoo has been designed with such intricacy, it will surely be difficult to come across an idea similar to this, ever. A tattoo of this sort is best gotten in a large size, to capture the details of all the elements.

If you want the people around you to catch a glimpse of your quirky personality, check out this image. The way the cheetah has been inked is making it look like someone has randomly scribbled this tattoo. The spots are not of a similar consistent shape and neither is the outline of the tattoo. A tattoo like this may give you the reminder to not take things too seriously, and enjoy life. You can get this inked on your arm, as pictured.

Now that you have an idea about the various kinds of cheetah tattoos, you can pick a tattoo for yourself. The cheetah is the fastest animal in the world, known for its agility and how it catches its prey animals. The speed and power of this animal are remarkable and leaves people in awe. You can get a realistic cheetah tattoo that perfectly captures all the characteristics of the animal. Other popular ideas include floral motifs, geometric patterns, or other symbolic animals in combination with the cheetah. A cheetah print or spots tattoo is also quite a wonderful option. The meanings of cheetah tattoos keep changing depending on the entire composition of the tattoo.