10 Best Chameleon Tattoo Ideas You’ll Have To See To Believe! 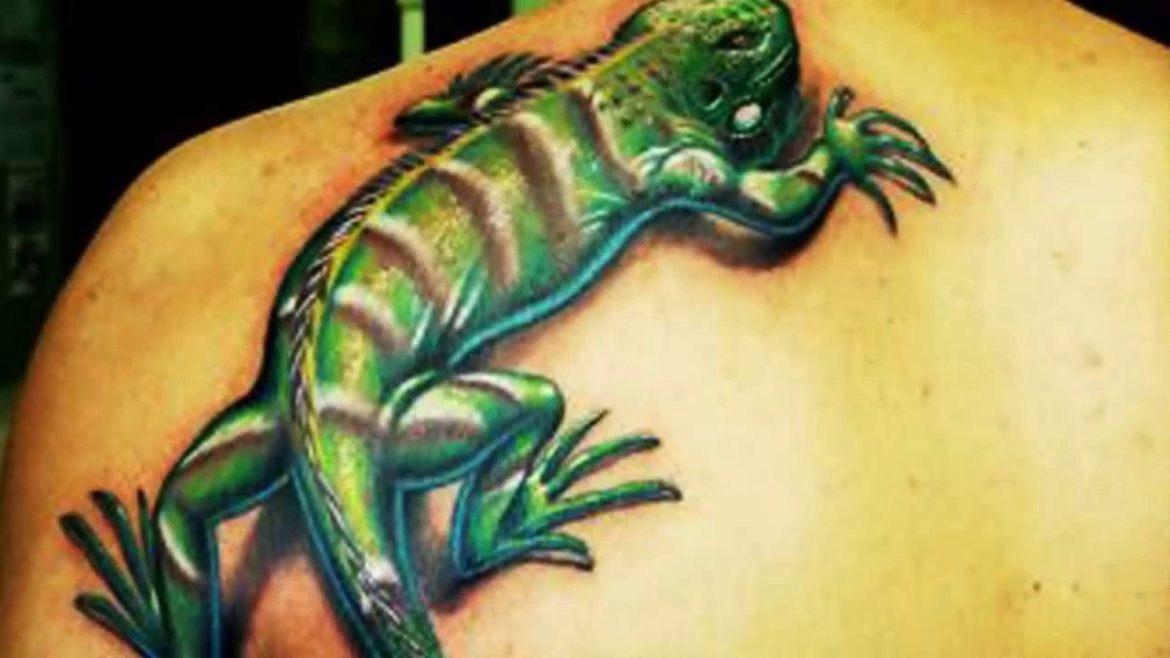 Whenever we hear the word chameleon, we think about their extraordinary ability to change colour but they have more significance than that.

Fun fact, while it is popularly believed that a chameleon changes its colour to blend in but the truth is, the changing of its colour depends on its mood, temperature, humidity, and light. Chameleon tattoo designs have gradually become prominent because of their symbolism and creative outlook.

A chameleon is an extremely adaptable species. They can survive even in extreme conditions because of their high resistance power mentally and physically. A chameleon tattoo is open to interpretation as its symbolism may vary. Chameleon tattoos are associated with creativity, originality, flexibility, and more. Other than its ability to camouflage, a chameleon uses its eyes to rotate it independently which signifies skillfulness and focus.

Traditional tattoo designs are deeply rooted in their ancestral art form. However, with gradual development in the field of tattoo artistry, the designs and methods have also evolved. Just like this tattoo where you will find board outlines and bright colours. The chameleon tattoo meaning may vary from adaptability to creativity. They have intense cultural significance. A tattoo such as this one is perfect to cover the entire forearm. Traditional tattoos have multiple elements such as flowers (for this tattoo) to provide more dimension to the design.

The placement of a tattoo is of equal significance as the idea attached to the tattoo. If we take an account of this chameleon tattoo on the back we can find two chameleons. These chameleons are of a different colour. A tattoo like this one requires more space thus it is perfect for the back. A back tattoo implies support and stability and the chameleon tattoo symbolizes originality. Even the chameleon is holding a baby chameleon on its back showing the importance of support.

Have you ever considered keeping a chameleon with you all the time particularly if it is really cute? Like Rapunzel did? However, you can always get a cute and small chameleon tattoo like this one. This tattoo is essentially inspired by Rapunzel’s pet chameleon named Pascal with big eyes and will always lift your mood. Small tattoos are extremely adorable and personal. So, if you are looking for a cute tattoo then give this design a try. They are not big so you can get this done anywhere like this picture where it is being tattooed on the neck.

The accurate illustration of macabre art is the skeleton tattoo. They can appear visually bizarre to some people. These tattoos have a skeletal horror element to it but can appear fascinating to gothic lovers. A skeleton tattoo such as this one primarily signifies death.

Inspired by woodcut printing, tattoo artists have developed this technique of woodcut tattoo. They at retains the same texture as the prints did. Nevertheless, a linocut tattoo is another variation of a woodcut tattoo. The simplicity and sharp effect make this tattoo unique such as this linocut chameleon tattoo which can be very unusual. This is a minimalistic piece but it carries a lot of details making the tattoo pop out. Also, the use of thick strokes and thin strokes make the chameleon tattoo stand out.

Watercolors can be fun to play with because they do not obey the mainstream method of painting. This is supposedly the same for the watercolour tattoos as well. Different splashes of colours make the tattoo even more lively and exciting. Just like this chameleon tattoo that is perfect for someone who wants to be very experimental with colors.

A hyper-realistic tattoo or photorealistic tattoo is a masterful form of art. The tattoo appears so real that it becomes difficult to distinguish whether it is a picture or a tattoo that is being done. A tattoo such as this as you can see is so true with the right blend of colours and layout. However, this tattoo requires more skill. Therefore, if you are planning to get hyper-realistic tattoos do it from a prolific tattoo artist. Just like the tattoo, it will bring out your true self.

When we take a look at a sketchbook of an artist we can find how minutely the details are all put together. It is the same with the sketch tattoos as well. Sketch tattoos look like it has been ripped off from a sketchbook such as this one. Although a sketch tattoo has no primary significance this particular tattoo signifies intuition.

Mandala tattoos consist of intricate work of art. It emerges from the centre and gradually spreads out which implies balance. In this Chameleon tattoo, we find the same concept. The design spreads out from the centre. There this tattoo will signify the balance of the mandala along with the creativity of the chameleon.