101 Best Capricorn Tattoo Ideas You’ll Have To See To Believe! 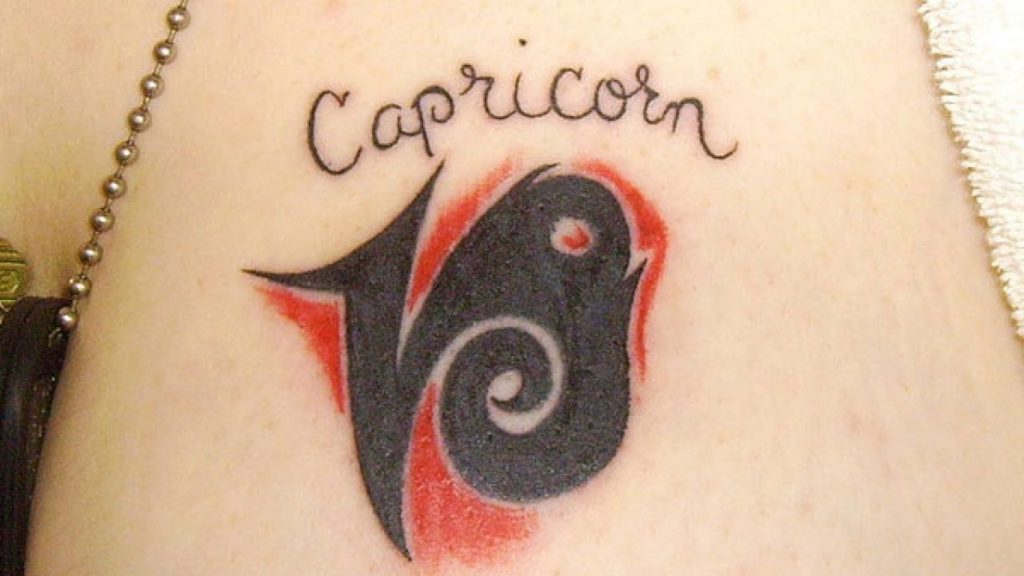 Capricorn is one of the twelve zodiac signs.

There is much symbolism to Capricorn tattoos and all of it mainly lies behind what the Capricorn sign represents. Capricorns or people of Capricorn signs have certain personality traits, such as being ambitious, determined, hard-working, and more. Capricorn symbol is of a sea-goat, consisting of the upper body of a goat and the lower body is a tail of a mermaid or a fish. All these factors come into factor if you want to find the meaning of a Capricorn tattoo. Go through the list below to get ideas on what to tattoo and where to tattoo on your body, like shoulder, back, arms or ankles.

Capricorns may not be the most party-going fun people on earth, but they sure are best at everything else in the world. Hence, it’s not a surprise that the Capricorn tattoo ideas will be amazing as well. As per astrology, there are many personality traits that define a Capricorn. Now, you can choose the trait you relate the most with and express that through a unique Capricorn tattoo design.

The picture above is of a gorgeous goat-head tattoo in black ink with a few triangles behind to make the design more beautiful. A design of the constellation can also be seen below. The strength Capricorns possess can surely be felt through the design. Now, the picture below shows a mesmerising colourful tattoo art of a sea-goat-mermaid.

If you choose to express your ambitious, or never-give-up side through your Capricorn tattoo idea, then you can add elements that complement the tattoo and make the meaning more prominent. This zodiac sign as a celestial warrior was shown in a popular anime series, ‘Fairy Tail’. You can have a design from that anime. It would not only be unique, but it would also help you connect with others who like similar anime.

Constellations are parts of zodiac, astrology, and they help us and astronomers to understand the vast space and sky a little better. Constellation tattoo designs can be pretty perfect for the ones looking for minimalistic tattoos that don’t take up a lot of space in their body.

Every zodiac sign has a specific symbol. The Capricorn symbol resembles the English letter ‘n’ or ‘v’ in lowercase forms with a facing down loop on the right side. This sign supposedly represents the horns of the goat adjoined with a tail of a fish. The design of the symbol changes at times, but the loop is always there, which represents the true nature of a Capricorn.

Tribal tattoos have gained much popularity and many outside of any communities can even be seen donning them now. Usually, tribal tattoos for men or women are made up of geometric patterns and you can have a design in that style for your tattoo. These tattoos look great on both men and women.

The picture above shows a back tattoo of a Capricorn symbol in tribal style. The picture below is of a tribal tattoo of the sea-goat.

Animal tattoos in tribal style look gorgeous, so you can opt for other designs of the sea-goat or mermaid. You can include mandala designs made of geometric patterns in your tattoo.

The symbol of the Capricorn zodiac sign is the sea goat. However, many people get tattoos of just a goat for their Capricorn tattoos. It’s not wrong or doesn’t diminish the meanings and symbolism of your Capricorn tattoo in any manner.

The picture above is of a beautiful detailed realistic tattoo of a sea goat with the wheel of the zodiac signs and some geometric patterns behind it. The picture below shows a tattoo of a goat head with a few red flowers and leaves below it.

You can choose other designs, from TV shows or movies for your Capricorn goat tattoo. You can include other elements, such as sea, flowers, stars, to increase the meaning of your tattoo.

While the Capricorn symbol is of a half-goat and half-mermaid, many people choose to get tattoos of just mermaids with the horns of the goat. This gives the tattoos a feminine side and freedom to choose various colours in the process. Mermaids are fictional beings, so even tattoo artists get to open their minds fully to use their imagination as much as possible.

You get an ample amount of freedom to design if you choose to get a Capricorn mermaid tattoo. You can use watercolour or add a little mandala or floral design that will complement your tattoo to increase its beauty and meaning.

The Capricorn symbol is of a sea-goat, that has the upper body of a goat and lower body, i.e. the tail of a mermaid or fish. That’s why it’s no surprise mostly the Capricorn tattoo people get is of sea-goats. Like mermaids, sea-goats are also fictional, so you can come up with a number of designs to your likings. In addition to that, we can assure you that whatever the design is, it will have a magical or mystical aura to it.

While both the tattoos in the pictures above are done in black and grey ink, you can use colours for your design. You can get a tattoo where it looks like there’s a sea inside the Capricorn constellation and the sea-goat is jumping out of it.

People over the years have personified the zodiacs as they have imagined them to be. These personified characters always have something uniquely related to the specific zodiac sign. These help people understand which character represents which zodiac sign. Such as personified Capricorn characters mostly have the horns of the sea-goat.

The personification of something just by imagination can give cool results. Tattoo artists have a way of weaving magic on our skin if they are given enough freedom and these kinds of tattoos provide exactly that, so etch the magic on your skin.

Floral designs may sound like it’s more suitable for women, but floral designs have endless symbolism and meanings to them that are perfect for all people. Every flower represents something different and we are sure you will surely find something you can relate to from the plethora of options. That being said, you can also have beautiful coloured tattoos or black and grey, whatever you want with floral designs.

The picture above is of a Capricorn symbol tattoo made up of pretty blue flowers, twigs and leaves. The picture below shows a sleeve tattoo of a bunch of flowers with leaves and twigs and two horns growing out of them.

It is pretty evident from the pictures above how creative one can be with floral designs. You can choose a flower you want or whose meaning speaks to you or you can relate with your Capricorn tattoo.

Saturn is known to be the natural ruler of the earth sign, Capricorn. It’s said that Saturn is the taskmaster of all planets in a way. Just like Capricorns are ambitious, hard workers, determined, Saturn also represents the same things. It makes Capricorns criticise everything they do until they become the best at it. It is said Capricorns have these never-give-up traits due to the influence of Saturn.

The picture above shows a gorgeous watercolour sleeve tattoo of the planet Saturn that shows that you embrace the influence of Saturn on your life. The picture below is of a gorgeous 3-part sleeve tattoo. The first part shows a wheel of zodiac signs with the goat-head of Capricorn in the middle and phases of the moon above. The middle part shows a trophy and the last part is of the planet Saturn and a line is going through all of them connecting them together.

You can have a simple Saturn tattoo with no added elements. You can also incorporate the Capricorn symbol, constellation, or the sea-goat in any way you want to make the symbolism of your tattoo clear.