10 Best Bulldog Tattoo Ideas You’ll Have To See To Believe! 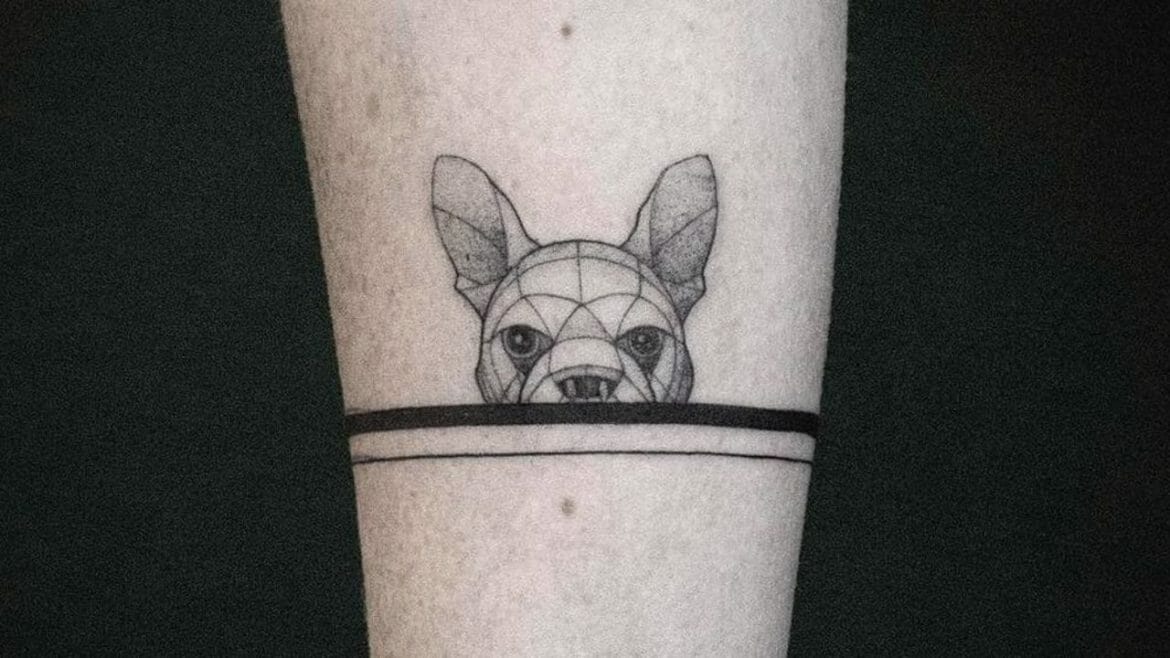 The Bulldog is one of the most famous breeds of dogs that one can find around the world.

Bulldog tattoo designs are often inked by the British population to represent their English heritage and pride as Bulldogs originate in England. In English culture, bulldogs are often seen as traditional figures as they have been called the national icon that symbolizes determination.

During World War I, the United States Marine Corps or the USMC used different iterations of the bulldog as their symbol. The Germans would use the term “devil dogs” to refer to the American soldiers. The bulldog symbol was accepted with grace by the Marines as they used the bulldog figure in recruitment ads for the USMC. Due to these practices, a bulldog tattoo is a traditional and great way for the US Marines to show off their professional stature. One of the most recognised symbols in the military is the USMC bulldog. In day-to-day life outside of the use of bulldog symbolism in the Marines, bulldogs are also seen as a symbol of courage, strength, determination, toughness, tenacity, defiance, family, and patience.

So, if you ever found yourself wondering – what is the meaning of a bulldog tattoo? Hopefully, this helped you!

This art nouveau tattoo is a great example of how tattoos help artists grow. The colourful design of this tattoo is a real treat for the eyes thanks to the vibrant and amazing colour palette that changes the tattoo from just a random tattoo to something artsier. That bulldog is the centre of attention in this piece of work and the flowers added to the design make the tattoo design pop out!

Due to this tattoo being medium-sized, a good placement would mostly be the arm sleeves, shoulder, or legs. Flaunt it as much as you can because people will certainly like and love this great design.

Cute Bulldog Tattoo For The Adorable Ones

This tattoo is another instance of how artists can make so much with so little! The art style of tattoos like these is simple yet they look great thanks to the number of details professional tattoo artists put into the designs.

The French bulldog is the main part of the tattoo as usual with a natural skin tone colour and great facial details. The flowers on the top and bottom of the bulldog figure are used as a frame to place the tattoo into. The simple design is a good experience in the world of tattoo designs where you will see a lot of overdone tattoos make their way into mainstream tattoo ideas.

This tattoo can be done on either the legs or the shoulders according to your preference.

In case you are in the United States Marine Corps or wish to pay homage to them, or just want a good tattoo of your pet, then this tattoo is what you should choose. This bulldog tattoo design gives off a great feel of association that the dog has with the USMC. The design is good and simple with minimal colouring to it. The helmet on the dog represents the marines or army in general.

Owing to the small size of this bulldog tattoo, the best place for this would be the arms, shoulder, legs, or chest. Another point to factor in is that just because this tattoo design is coloured, doesn’t mean you have to get it coloured – you can ask your artist to not colour it. The final decision is up to you as it is your tattoo and you know what’s best for you!

Fierce Bulldog Tattoo For The Fearless

Bulldogs are known for their ferocity and this tattoo design is one of the many realistic and amazing works depicting their bravery. This tattoo is a small-medium-sized design that shows the bravery of the dog by depicting it as a firefighter that is not afraid to charge into danger to provide protection to their owners or loves ones. You can get this made on your body if you too want to show your bravery in the face of danger.

The best place for tattoo designs like this is the legs, back, arms or shoulder.

If you want to cherish your experience with your passed-on pet dog, then this simple and minimalistic tattoo is one of the many bulldog tattoos that you can get inked on your body. Tattoos like this are the best way to show your love and appreciation for your late furry friend and the time you spent together helping each other grow and feel loved.

Thanks to the small-sized nature of this tattoo, the hands, wrist, neck, shoulder, or legs will make a great place for this to work.

Bulldog Tattoo Idea With A Realistic Feel To It

This tattoo is an amazing piece of work from the artist as it has a realistic feel to it. Bulldog tattoos like this one are uncommon as not many prefer the realistic art style that we get to see here. This is a cute yet professional tattoo design that is meant to be small and simple instead of being too colourful.

The tattoo can be made to stand out if you want by adding abstract outlines to the work and filling it with colours, but do remember, the realistic feel of this tattoo will take a hit if you stray further than from the original sketch!

In case you are not sure about the colours or keeping it simple, you can most definitely ask your tattoo artist and get their opinion on it before the artist inks you.

If you want to show off how badass you are, then this tattoo is perfect for you! Bulldog tattoos like this one is a great example of how tattoos can be made to look badass even with simple outlines or sketches. The portrait of the dog is clean and on point, the hat and the dog tags add to the calm and badass look of the tattoo.

The perfect place to get tattoos like this is the arm, legs, or shoulders.

Nothing says art much like bulldog tattoos like this one. This is an incredibly well-done artwork as it follows geometric patterns and sketches. The sketch is beautiful to look at with a three-headed portrait of French bulldogs and is beautifully decorated with well-done flowers and abstract shapes.

The interpretation of this tattoo can be seen as a homage to Cereberus, the three-headed hound of the Greek God Hades. Cereberus is famously known to be the guard of the gates of the Underground as he prevents the dead from escaping the underworld. Cerberus had three heads, with a serpent for a tail, and snakes extending from his body.

Tattoos like this idea are a commitment so make sure you plan an appointment beforehand with a professional before getting this tattoo done as it can take multiple sessions.

The best location for tattoos like this is the arm sleeve or the legs.

This is yet another amazingly well-done tattoo idea that you can get inked on your body. The sketch is incredibly done, with the bulldog portrait taking the center stage. The all-black colour of the tattoo gives it a great look. Intricately drawn details such as the paw prints and the leaves above the dog’s portrait make the tattoo pop out. A well-done tattoo idea like this is designed to be flaunted!

Before getting this tattoo, do make sure you get an appointment with your tattoo artist and check if they are willing to colour this as it is or if they provide a different approach to the idea.

According to us, a great location for a tattoo like this could be the arm sleeve, legs, or shoulders.

Tranquil Bulldog Tattoo For The Cool And Collected

This tattoo idea is for the people who think of themselves as cool and collected. The tattoo idea is simple enough with no colours in it. The portrait of the bulldog with its eyes closed gives the tattoo a serene look. The flower above the dog’s head and the abstract art under the head adds to the beauty of the tattoo and gives it a sense of serenity.

To get the best out of this tattoo idea, we would recommend getting it inked as it is, colourless.

With all that said, here are some points to remember before you take an appointment at your local tattoo parlour for your tattoo! Bulldog tattoos can have many interpretations, you can get a tattoo suggestion similar to these: