101 Best Bastet Tattoo Ideas You’ll Have To See To Believe! 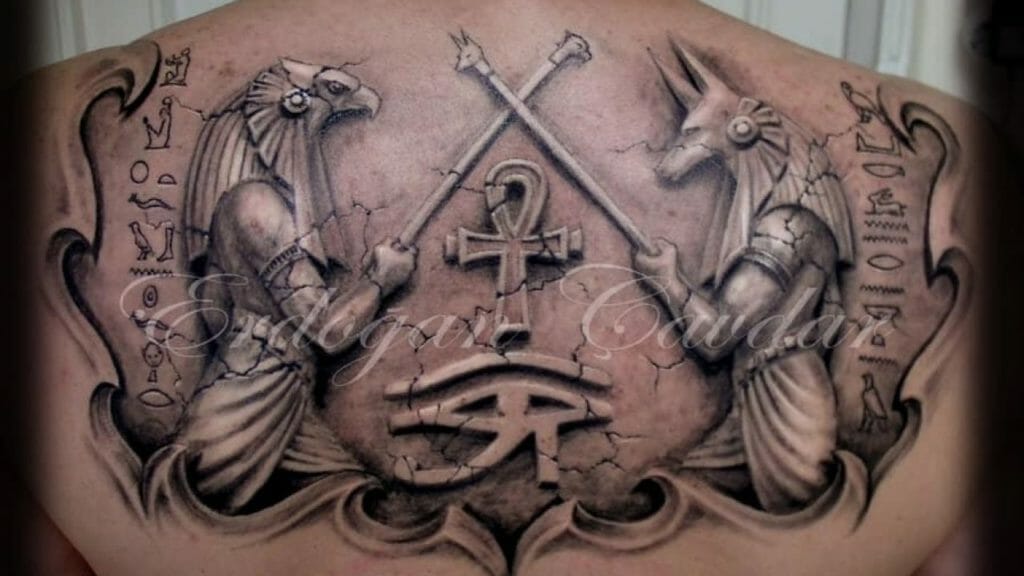 Planning to get a new Bastet tattoo? this will save your time because we have listed some of the mind-blowing tattoos of the feline God.

Ancient Egyptian religion played a great role in Egyptian culture and art, although the divine structure of Egyptian lore can be complicated.

The Lioness Goddess has two aspects Sekhmet and Bastet also known as Baset, Baast, Ubaste, B’sst. While Sekhmet comprises the characteristics of warrior and protector, Goddess Bastet in ancient Egypt is portrayed as a cat and has a delicate facet. Cats have always been an integral part of Egyptian civilization, and there are valid reasons why people of Egypt worship cats. The Egyptian Goddess Bastet was believed to have fought the enemy of Ra which was an evil snake named Apep. Goddess Bastet is depicted as the defender and protector of the king as well as of Lower Egypt. Also, there was a time in Egypt when Egyptian faced scarcity of food and the problem of rat, scorpion, and asps infestation became a major issue so people domesticated cats as a pet to keep this issue away. And this is how they played the role of protector of home in Egypt and why the Egyptian worship cats.

The Bastet Tattoo also symbolizes numerous things just like the Goddess herself. Apart from playing the role of a protector of home and family, so here is the list of some of the cool and iconic Bastet tattoo designs that you need to check before getting inked.

Bastet and Eye of Horus Tattoo

Bastet Egyptian Goddess is being depicted as a cat, however, a Bastet tattoo meaning is related to the protection of the home, power, and fertility in women. One can incorporate other ancient Egyptian elements like the ‘Eye of Horus’ that represents protection, healing, and well-being just like this Bastet tattoo that has so many details. Along with the Eye of Horus, one can also add ‘Ankh’ which symbolizes the extension of life.

The Bastet Goddess was worshipped in form of a cat. There are numerous new and extraordinary designs if you are looking for something unique which will retain the original idea of Bastet but have an unusual way of representation. This Bastet tattoo has an ornamental design by uniting lines, curves, waves, and other patterns while placing it on the feline outline.

Cats are considered to be one of the most graceful creatures. The Bastet tattoo meaning remains the same no matter if the design of the tattoo changes from traditional to modern like this Bastet tattoo design that is made up of only black ink but extremely illustrative. The deity in this tattoo is an Egyptian cat gracefully walking with wings extending out giving this tattoo a divine look. This can be one of the best options for the forearm tattoo.

According to the religious belief of Ancient Egypt Anubis is the God of the dead. One of the purposes of Anubis is to protect the dead and assist the soul to the land of the dead. The purpose of the Bastet deity is completely contrary to Anubis because she represents the protection of the living. An Anubis and Bastet tattoo like this one may have myriad interpretations and one of them could be to balance life and death. This can be an ideal ancient Egyptian tattoo design if you desire an Anubis and Bastet tattoo.

If your taste is inclined towards vibrant and colourful tattoos then check this cool Bastet deity tattoo in neon orange. This Egyptian cat design is a stunning piece of luminous art that makes this tattoo more lively and does not alter the Bastet tattoo meaning as it carefully maintains the pristine components united in one picture.

The Bastet deity is now being worshipped as the more domesticated version of a cat but the ancient Egyptian depicted her as a fierce lioness. This Bastet tattoo design brings out the badass side of the cat goddess with bold colours, minimal shading, and aesthetic neotraditional design. So if you wish to get a cool version of the Bastet Egyptian God here is a suitable prototype.

Simple tattoo designs will never go out of style. This ancient Egyptian Bastet design proves that certain designs can be cute with their fine lines but remain a great choice too. This tattoo is so simple as it has only the outline which is perfect for someone who does not want to experiment much and stick to simple designs.

Cats have always have had innumerable followers be in any culture even though they are particularly worshipped in Egyptian civilization. This cute and chic Bastet tattoo will make you get yourself inked because of its elegant appeal.

Mandala tattoo designs and art are known for their detailed and almost hypnotic quality to attract the eyes of art lovers. The lines appear never-ending similar to this Egyptian Bastet tattoo. The mandala design enhances the Bastet tattoo meaning giving a specific dimension that this Egyptian tattoo requires.

Anubis and Bastet tattoos are some of the popular tribal-style Egyptian tattoo ideas. A Tribal tattoo symbolizes power, strength, and a strong connection with the ancestral heritage. A tribal tattoo such as this Bastet tattoo comprises bold lines and incredible structure that is inspired by ancient Egyptian art. Getting a tattoo such as this one is bound to turn heads.

Tattoos are a permanent investment hence do not indulge in any layout that you cannot relate to. Tattoos bring out the inner self and it also considered a source of inspiration. Here are some more Bastet tattoo ideas with different bastet tattoo meanings: