10 Best Avicii Tattoo Ideas You’ll Have To See To Believe! 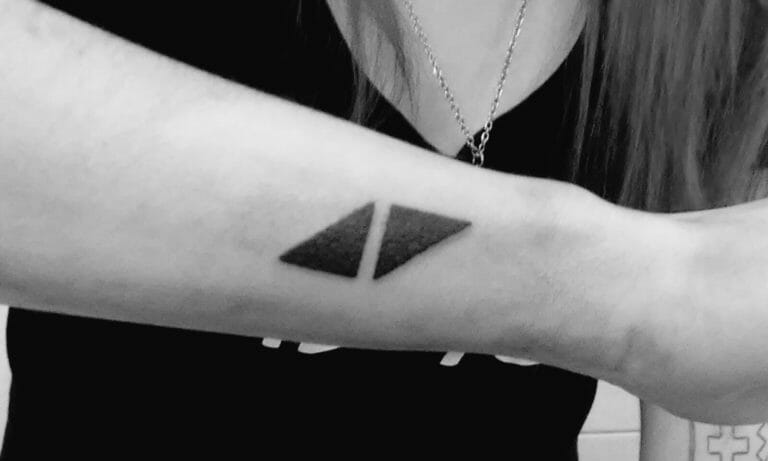 If you are looking for the best Avicii Tattoo ideas, then you have landed in the right place because we got you covered.

One of the most memorable names that will always be remembered in the Electronic Dance Music genre would be Avicii.

The Swedish DJ, music producer, songwriter became an inspiration to so many through his songs that they decided to get themselves inked inspired by him and his music. But the name has another deeper meaning too.

Tim Bergling’s stage name is Avicii, which has an interpretation in Buddhism. When asked in an interview about the true meaning of the Avicii, Tim Bergling shared the information that the meaning of Avicii is the lowest level of hell. Avicii signifies hell in Buddhism where all that have sinned after undergoing retribution are reborn. Since that the Avicii symbol became universal.

In his groundbreaking song ‘Wake Me Up’ there are two triangles. The meaning of Avicii wake me up tattoo, that is the double triangle, is taken from the first two letters of his stage name ‘A’ and ‘V’. However, the two triangles may appear like a play button too. It appeared in the ‘Wake Me Up’ official music video and became the Avicii symbol tattoo. His fans were so inspired by him, that they decided to permanently ink it.

Here are some of the Avicii tattoo ideas which you can check if you are planning to get Avicii’s tattoo.

Avicii’s logo has always been the two triangles and the Avicii tattoo symbol meaning is the same. The first triangle is ‘A’ and the second triangle is ‘V’. The two triangle tattoos are featured in the official video of ‘Wake Me Up’ and anyone who got that tattoo is his follower. So, if you want a simple yet thoughtful tattoo then check this tattoo. This is not an intricate design and does not require much space. One can do it anywhere.

If you are a hardcore Avicii fan, as a tribute, you can check this portrait tattoo of Avicii that is so accurate. It is comparatively big hence it may require more space, the arms, back, or calf of the leg would be a great place to get it done. Also, portrait tattoos can be very risky as it the exact physical representation therefore find a qualified tattoo artist if you are planning to get a portrait tattoo.

The signature style of Avicii would be his hand gesture while performing, which eventually came to be the fan’s favorite and became one of the outstanding tattoo designs. This tattoo is the perfect Avicii’s illustration that has the Banksy element similar to the one that Avicii got on his right forearm. Also, the defined work in this tattoo is difficult to find in other designs.

One can incorporate the two triangle tattoo (meaning Avicii symbol) with his iconic hand gesture like this one. It has alternate light and dark shades with intricate details. Martin Garrix even got a tattoo as a tribute to his dear friend Avicii.

The best part about getting a watercolor tattoo is that you can experiment with a wide range of colors to give a colourful touch to your personality if you do not want a monotone tattoo. This tattoo has blue, magenta and yellow colours fused. The watercolor tattoos can be contrasting to the traditional tattoos as the colour-splash effect give them a dreamy appearance.

The lyrics of Avicii’s songs are life-changing. One can draw so much inspiration from his songs particularly ‘Wake Me Up ‘ and ‘The Nights’. It is very important to get a tattoo with which you can relate because it is not just some ink. Often some specific lines of a song leave a mark behind. It becomes something you can deeply relate, and getting that piece inked will remind you every day of your purpose, goals, and why you should never give up. For instance, this tattoo that says ‘Live a life you will remember’ is extremely inspiring. You can substitute this line with other Avicii’s lines and pin the Avicii logo next to it.

Mini tattoos are best for beginners or to add to your tattoo style statement. Mini tattoos are easy to carry, appear chic, and have been in the trend for a long time. This mini Avicii tattoo is the perfect example of minimalism, so if you want something minimal then check this tattoo before getting inked.

Neotraditional tattoo as the name suggests is the new modern alternative of the traditional tattoo which has gained popularity very quickly because of the bold lines, realistic and animated images. This tattoo for instance is a very unusual tattoo that has Avicii’s outline but the idea is something new based on the choice of color to the pattern. Hence if you want to try something different give this tattoo a shot.

We already know that Avicii got a Banksy tattoo on his right forearm, similar to this tattoo which has the basic concept of ‘Boy Meet Girl’ a famous work by Banksy. This real meaning of this tattoo is open for interpretation as some believed it is related to the ‘Fade Into The Dark’ music video. If you wish to get the exact tattoo that Avicii got, then this is it.

Outlined tattoos are one of the most underrated tattoo designs. A tattoo such as this one has a sophisticated and crisp appearance as it is a flawless snazzy statement piece of tattoo and retains the Avicii tattoo meaning. If you are a minimalist and do not desire to go over the top, try this design.

Avicii has passed down his legacy in form of his music. He is a gem who is unforgettable, and getting a tattoo inspired by him will be a tribute to him. However, before getting a tattoo make sure to get something meaningful as it is almost and will be there with you for a long time.