101 Best Antifa Tattoo Ideas You’ll Have To See To Believe! 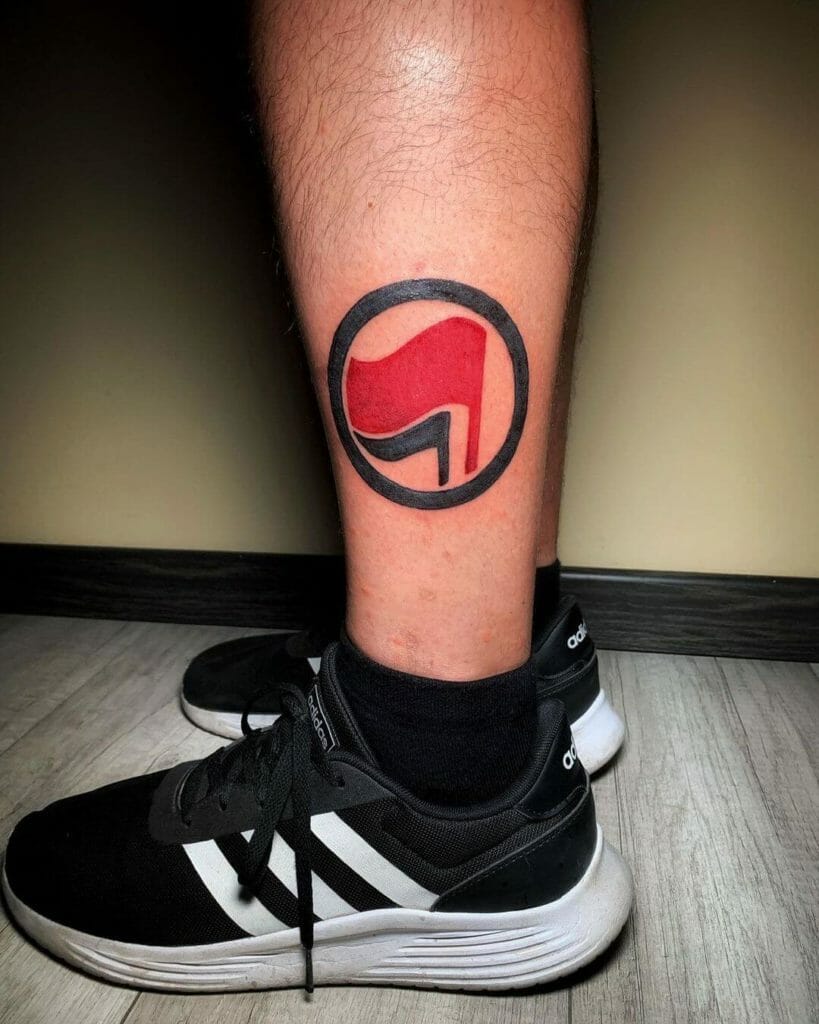 With the world so divided, one should never tolerate fascism and any symbol or mark related to fascism.

As you take a stand against this regressive ideology, what better way to do it than getting a tattoo associated with Antifa. This should easily be great evidence of your allegiance against fascism.

Before we start exploring the nitty-gritty of the tattoos that Antifa supporters sport, let us get a quick revision on Antifa. A movement with localised focus, you can translate the ‘Antifa’ meaning into ‘Anti-fascists/fascism’. Believing in the doctrines of anti-racism and anti-fascism, Antifa has let its presence be felt in America over the last decade. Regular clashes on Twitter and mob violence have been reported in the news between Antifa and pro-trump supporters, QAnon believers and right-wing organisations.

As former U.S. President Donald Trump threatened to ban the movement for alleged terrorist activities, many supporters and active members protested by getting Antifa tats. Read on to find how you can make a mark on your friends and family with tattoo designs inspired by Antifa!

If you are looking online for photos of classic and simple Antifa designs, then close the sidebar and the browser tab and put your faith in the logo of Antifa. The red socialist flag overlaid by the black anarchist flag is one of the more well-known tat ideas for the Antifa supporter. You’ll find that many tweet photos with this mark on Twitter.

Apart from using this minimalistic design, you can use the logo as a stamp on right-wing and QAnon flags to create some cool tattoos. Some also use different words to encircle the flag logo.

A Symbol For Resistance

The Antifa is no stranger to retaliating to mob violence with force, and this design is evidence of that mentality. So get ahead of the game with this interesting design and show the fascist supporter that you aren’t afraid of them!

The Outsider’s Mark From ‘Dishonored’

Often confused as a modernised hammer and sickle, ‘The Outsider’s Mark’ from the ‘Dishonored’ video game franchise can be a surprise choice here, despite being a gaming tattoo. News outlets picked up this video game symbol when it was found on a pro-Trump supporter inside the Capitol when it was stormed, and many had access to the Capitol Building on Wednesday of Jan 6, 2021.

While not associated with the movement and from the ‘Dishonored’ game, why don’t you use the press about this design and make it into your own Antifa-styled tat!

Antifa’s socialist principles have been under fire from many capitalists. Despite this, being the hammer and sickle Antifa tattoo guy is still pretty alluring. Plenty of people have shown off these simple yet stylised sickle and hammer tattoos on Twitter and other platforms.

When the Capitol was stormed, the picture of the bearded man became a symbol on Twitter for the right-wingers. Many got tattoos of the image of this man inside the Capitol who was identified to be a frequent fixture at Arizona right-wing political gatherings. However, another image comes to mind when we talk about countering fascists: Karl Marx.

Getting a Karl Marx tattoo combined with the logo of the Antifa could be a great combination too.

‘Bella Ciao’ has been the song for the oppressed for decades. Shatter the chains that fascist governments put around you with this simple and clear message inked on your body!

Don’t Run From The Cops

Police brutality has the part of Antifa’s propaganda for a long time. This design of the burning police car is a rousing answer to the violence practised by the coppers in the name of policing!

In addition to this, a Robocop design with a pig and the caption A.C.A.B. (All Cops/Coppers Are Bastards– common Antifa saying) or simple A.C.A.B designs are great ideas for Antifa tattoos!

The stunning images of Manchester United and France football legend Eric Cantona kicking a racist fan is iconic. Turn this into a tattoo that will tell others what to do when you encounter fascism: you smash it!

Well, this one’s quite self-explanatory, isn’t it? So stop scrolling, close the sidebar and get this tattoo done if you want to send out the message loud and clear with this tattoo design: there is no room for Nazis!

The Grit That Matters

Despite debuting as the mascot for National Hockey League side Philadelphia Flyers, the orange-coloured Gritty has become a modern icon for Antifa supporters. Put your own spin on this mascot with lines such as ‘Smash The System That Smashes You‘ and make it one of the more unique Antifa tattoos.

While these tattoo ideas are more popular with people, there are other Antifa ideas for tattoos you can take a look at: