10 Best American History Tattoos Ideas That Will Blow Your Mind 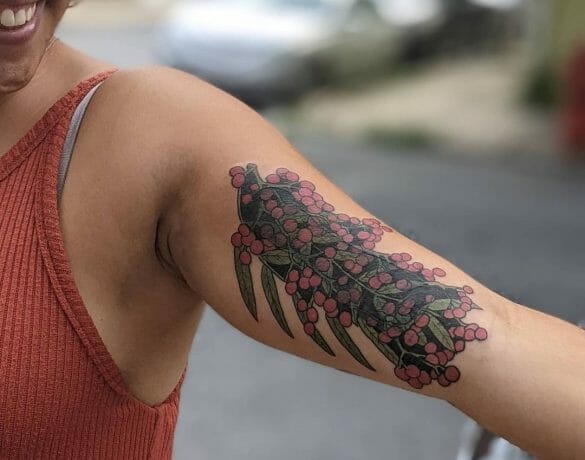 American history is one of the most widely read topics in history therefore these tattoo designs on American history will not just look informative but will also add an extra layer of punk.

A lot of people both young and old are an admirer of the rich history of America. American history lovers will find these tattoos incredibly realistic and wouldn’t think twice before getting their skin tattooed.

American history tattoos are getting increasingly trendy and these modern tattoos do not only look eye-catching but also serves the purpose of a history lover. Here we have covered most of the designs of tattoos that one can get tattoed on the arms, hands, chest, back and legs. The history of tattoos began back in New york city. Martin Hildebrant is often considered the pioneer of America’s traditional tattoo history. Nora Hildebrandt was the first woman to get inked completely. These quirky yet traditional history tattoos will cater to the aesthetics of a sincere lover of the American history of tattoos. Don’t go for bad tattoos and check our links for some of the best tattoos. These classic American tattoos shall cater to both men and women and have an appeal that is unforgettable.

The Sparkplug Boston Tea Party tattoo done on both the sleeves not just looks dope but is also intricately detailed. The inking of the date of the political protest makes the design a must-try for all American history admirers. The black ink and 3D effect make it look all the more realistic and appealing. One can surely flaunt his/her tattoed sleeve with this badass tattoo. These kinds of tattoos are well-planned with the image of the ship with people running helter-skelter directly referring to the resistance movement carried forward by the American colonists. The image covers the entire hand and is designed for both men and women who are not looking for minimalistic tattoos. Artists expert in inking full sleeves is the one’s to go to.

Another tattoos idea for the hand, the Declaration of Independence tattoos much like the American flag are quite interesting among the tattoos featuring the famous declaration of the thirteen colonies of America. The artwork has been executed mostly by the colour black with an occasional tinge of brown. The words “In Congress, July 7th” has been tattooed in such a way that it looks like an excerpt from a history textbook. The font style and pattern is in line with the handwriting of Thomas Jefferson. The outlook of the amazing artwork is enriched and looks like a page from one history textbook. Any admirer of tattoos as a form of body art can go for this.

One can get this Join or Die tattoo inked from any tattoo shop. The tattoo inked in black is a close representation of the political cartoon accredited to Benjamin Franklin. Akin to the original cartoon the tattoo artist has shown a snake divided into 8 segments with all the segments having the initials of the 8 American colonies. A keen lover of American traditions and history will surely love this artwork and can thus get it done by a tattoo artist. The art done with the colour black makes the art form look neat, appealing and informative. Experienced artists would make this look more commendable.

The American History Sleeve can be regarded as one of the most valued in the history of tattoos. The tattoo artist has used the entire hand to depict all the important realms of America’s early history. The outlook of the artwork is by far the best and will look appealing to both men and women. Starting with the image of Abraham Lincoln to the sketching of the Liberty Bell and the US Constitution. This American history tattoo sleeve looks like a unique form of body art because of the detailed shading done by the tattoo artist. One may flaunt one’s hand after getting tattoed with this historically rich full sleeve body art.

Tattooed on the hand, this looks simple and quite authentic. Neatly shaded and sketched, the artist has used three basic colours viz. red, yellow and black. The outlook of the art is a native American. Native Americans were the indigenous people of America. A tattooed man will grab eyeballs wherever he goes and this American history x tattoo sleeve of a red Indian will surely serve as a fashion statement. The colour combination and shading makes it look distinct and clear. One can get this tattooed on one’s arm, hand or back. These tattoos look extremely dope on both men and women and can be regarded as one of the most artistic works in American traditional tattoo history.

In the history of tattoos, the old North Church tattoos are quite valuable and powerful. Sketched mostly with blank ink, it’s the image of the lantern used to warm during the British invasion. These tattoos have a 3D effect thus making them look more real and natural. The lanterns were a symbol of the British invasion of America. The artwork looks dainty and can be tattoed on the hands, legs and arms. The art form looks clean and can be tattooed by people having a keen interest in the early history of America.

Anyone enthusiastic about the history of the United States is sure to go head over heels for this image of General Custer. Simply executed by using black fusion ink the tattoo is simple yet highly appealing to people keen on historical facts and figures. These tattoos are a deal maker for anybody looking for half sleeve tattoos. Although best suited to be tattoed in the hand, this can be inked on the arm too. The image portrays General Custer, the highest commanding officer of the American Army during the civil war. Although the picture is authentic and looks real, the sketch could have been given by the artists a 3D effect by shading.

One of the most valued tattoos in the history of tattoos as a form of art. The American flag tattoo is sure to grab all eyeballs. Sketched by the artist with the colours red, blue and black, the artwork will look best on hands and arms. Although a lot of tattoo artists have tattooed the flag on the back and chest of the clients. To get this done, it is a bad idea to go to artists having a bad reputation. The American Flag is quite a cool idea to get inked and is business savvy.

This particular artwork done beautifully on the hand is another great work in the history of tattoos. The tattoo has the image of Joey Ramone a significant member of the aggressive rock band Ramones. Such tattoos throw a clear hint at the Punk movement that took place in both the east coast as well as the west coast of America in the 1970s. Any die-hard aggressive rock music stan will surely get this tattooed. The image leaves a mark on the history of tattoos with the picture of the lead vocalist and the name of the band’s compilation album “Hey Ho”.

Although this tattoo isn’t suitable for tattooing on the leg, this can easily be done on the hands and forearms. Tattooed on the sleeve this will interest people looking for a full or half sleeve American history × tattoo pics. The tattoo portrays a sketch of Martin Luther King Jr. Artists may love making this ad it involves some really good hand strokes and shading and is a must-try for all native American tattoo history lovers. The tattoo will look equally appealing to both men and women. The image well depicts Luther’s universal cry ” Black Lives Matter”

American history × tattoo is one of most hyped things in the present. One just needs to go to the best artists to get it done. Here we have provided a lot of ideas, designs, colour combos that will be loved by both men and women. Use one of the ideas and get an American history tattoo inked. Here are a few more ideas that one may look for. Don’t wait, just look for the best tattoo artists and get inked.