Bathing Ape Trainers – All You Need to Know 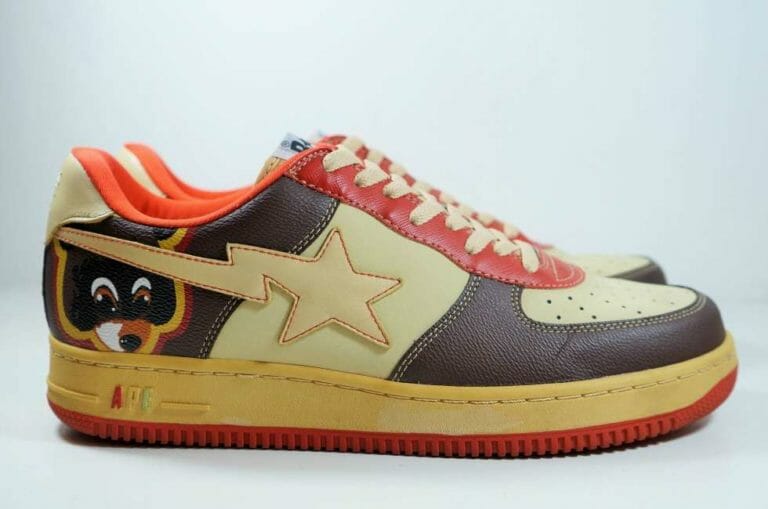 This Japanese streetwear brand became one of the biggest in the world and saw designer Nigo become the owner of a multi million dollar company within the space of a few years. We take a look at the brands rise and the trainers they’ve created.

The Bathing Ape, known as Bape, is without a doubt one of the success stories of celebrity endorsements in recent years. With a limited amount of stock and very hungry consumers everyone wants a piece of Bape. Everything from trainers to Winnie the Pooh bears have been draped in the famous camouflage. If you’re thinking about getting a pair of Bapes or want to know a little more about a Bathing Ape’s rise to then keep reading. 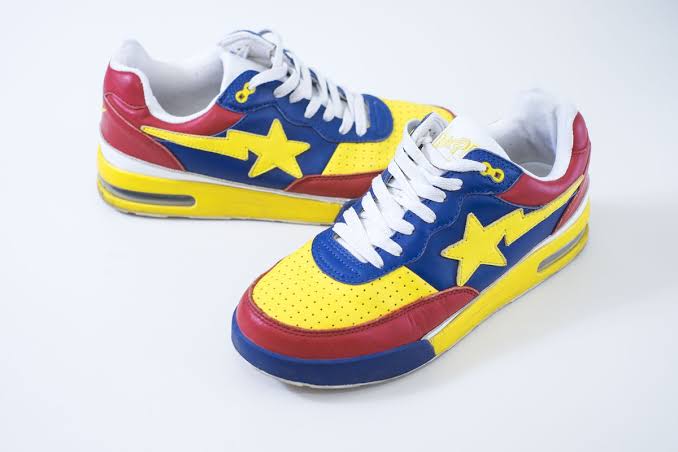 The early Bape releases would have people turning their heads in the street to get a closer look at the brand that became one of the biggest underground success stories on the Planet. Over the years they’ve collaborated with so many brands including Puma, Converse and delved into brogues with Trickers and Mark McNairy.

Despite the huge attention they’ve received and the fact they’re no longer a small Japanese streetwear label, Bape’s Shoes are still so highly sought after. With a limited number of some models made there’s been a huge market in fakes, known as ‘Fapes’ so be savvy if you’re getting them second hand.

It all began in the early 90s when Nigo started his Japanese streetwear label. Influenced by the Planet of the Apes film he created an iconic image of the Bathing Ape, his use of camo is also just as quintessentially Bape. At one point fans could buy camo cans of Pepsi in another collaboration with the mainstream.

Bape really took off when hip-hop artists like Pharrell Williams and Kanye West fell in love and introduced Bape to western markets. Unsurprisingly, people went wild for it and did everything they could to get the latest piece. Success and the underground don’t usually mix well, despite this Bape is still one of the most well loved brands out there by Hip-Hop and sneakerheads alike.

Nigo’s since sold the brand that made his name and now co-owns Billionaire Boys Club with Pharrell Williams.

For lovers of the Air Force 1s the similarities were hard to ignore but Bape made it their own with neon colour and patent leather. The chunky sole and patent leather upper alongside huge co-signs from hip-hop royalty meant everyone was desperate to get a pair of BapeSTAs. Kanye even created a BapeSTA model featuring his signature ‘College Dropout’ Bear in 2007 (bottom left below).

Unlike the colourful options the Bapestas are know for, the all white Bapes combine their classic patent leather and ‘Bape Star’ detail with a minimalist all white finish.

Where to buy a pair of Bathing Ape