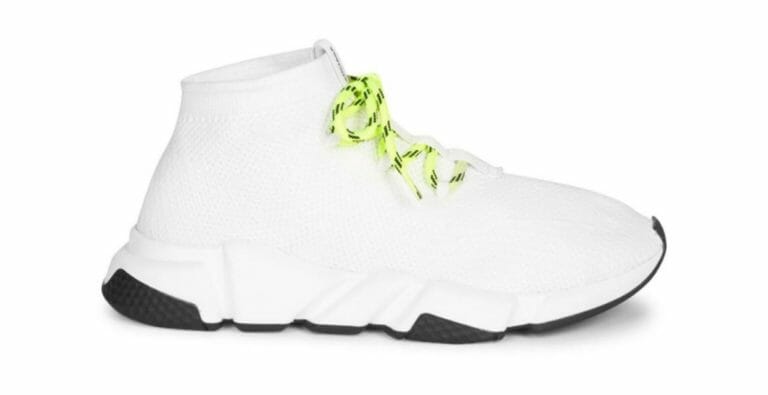 Balenciaga’s Speed Trainer has been one of the most hyped silhouettes this year, in both the streetwear and high-fashion worlds. They’ve unveiled the latest colourways of the model, however this time, laces make an appearance on the usually slip-on shoe.

If you’re looking for a new pair of high-end sneakers, Balenciaga may well have the answer. No doubt you’ve seen a pair of Speed Trainers across fashion week coverage or likewise, and this new version offers a brand new feature – laces. Up until now, all previous versions of the Speed Trainer have been slip-on silhouettes. The laced version features a slightly lower mid-top upper and a clean white colourway, topped off with a black sole and luminous green laces. 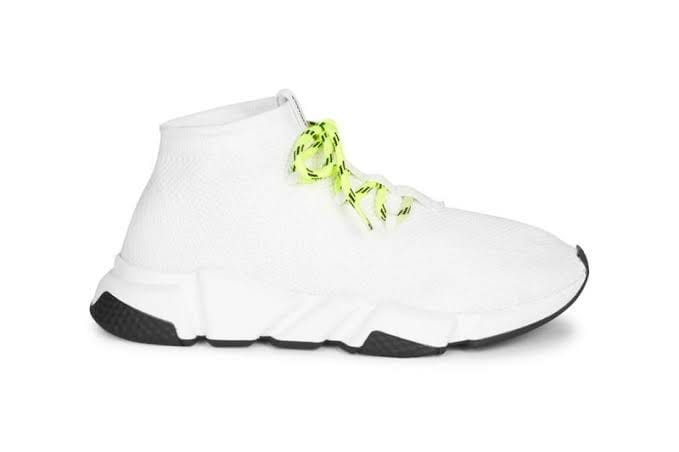 The sneaker maintains all the clean aesthetics of the original, and the laces seem to fit in perfectly. It seems like a great move from the team over at Balenciaga, as not everyone is keen on slip-on sneakers. So far, the pictured colourway is the only version available, however we wouldn’t be surprised if in time more were released. Balenciaga’s “Memory Sole technology” is also featured here, allowing for a comfortable ride underfoot.

If you’re keen on getting your hands on a pair, they’re available now from select retails such as Saks Fifth Avenue. They’re bound to hit more stores soon, so keep your eyes peeled. As with any Balenciaga release, there will be a fair amount of hype – so be aware that these won’t be sitting on shelves forever.

Where to buy a pair of Balenciaga Speed Trainer