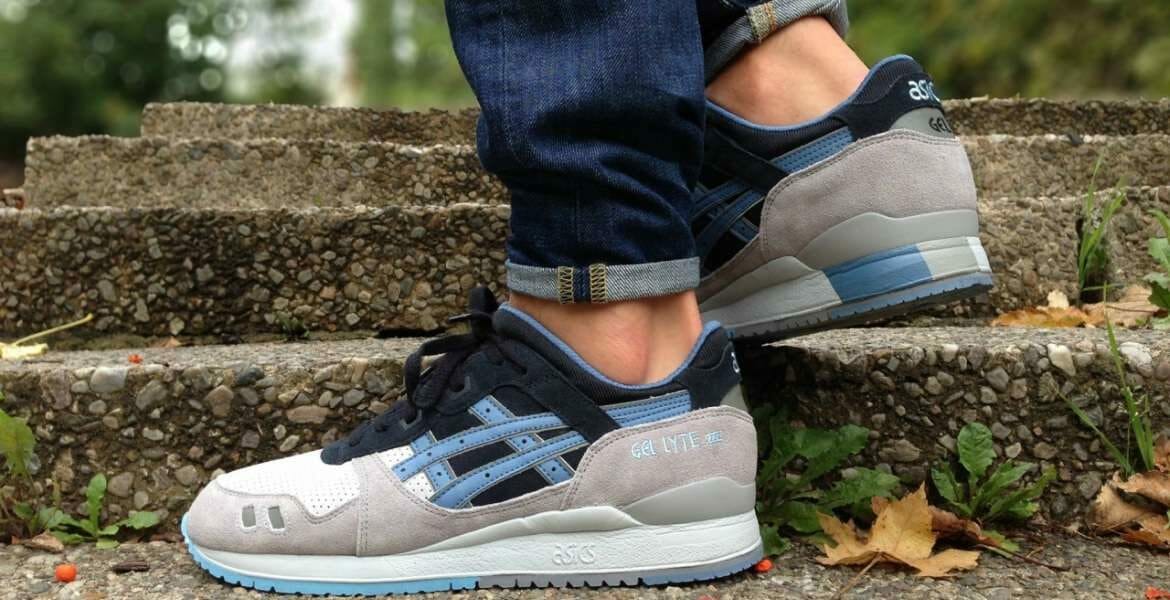 Asics are back with a new drop and this time we get two of our favourite silhouettes getting an urban treatment. We take a look at the Asics Gel Lyte III Urban Camo trainers in detail.

Asics have had a very strong season, dropping some of the hottest trainers we have seen to date with some of the best brand collaborations. But, the in-house design team are not to be forgotten in their talents and that is proven with the new drop of the Urban Camo pack. Both pairs sit on military inspired colourways giving a new outlook on the OG  runners. Both the Gel Lyte III and Gel Saga silhouettes get the camo update, but we take a look at the Gel Lyte III before the drop date.

The Gel Lyte III Urban Camo sits on top cool grey and navy upper, which is penetrated with accents of light blue. The toe cap gets a slightly lighter grey treatment with the typical perforated Asics look. For an added detail the inner sole has been treated with a blue camo print to pull the whole look together.

The Gel Lyte III was originally designed in 1989 and has been released within different collaborations and colourways over the past decade. The shoe soon became a classic silhouette and featured some of the most innovative details to date, including their split tongue which is a novel invention that eliminated the problem of having the tongue slip down the side of the shoe. A Gel cushioned sole with leather accents