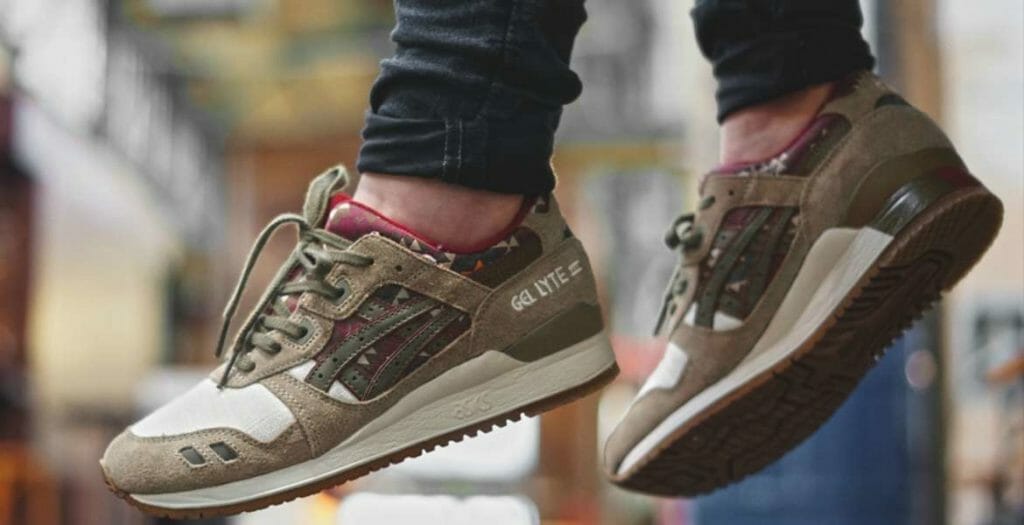 Forget camo and striped overlays, the new Asics Gel Lyte III Aztec Pack is the new pattern of the season. The 1989 trainer gets a new season update, and it’s possibly one of the sleekest pairs of kicks you’ll see this year.

The earthy-toned pack features a drop of both the Gel Lyte III and Gel-Epirus, the rich triangular pattern runs through both of the designs giving a clean look to both trainers. This new colourway is part of Asics shift from running company to sneakerhead favourites, with such a promising start we are excited to see what is next with the collection. We take a detailed look at the Gel Lyte III drop before the drop date.

The tonal pair of the pack drop features the classic Gel Lyte III shape with a detailed triangular pattern decorating the upper, the white toe cap brightens the shoe and is anchored by the brilliant white midsole. With light brown suede decorating the upper for a premium look these are a fresh take on a classic silhouette.

The Gel Lyte III was originally designed in 1989 and has been released within different collaborations and colourways over the past decade. The shoe soon became a classic silhouette and featured some of the most innovative details to date, including their split tongue which is a novel invention that eliminated the problem of having the tongue slip down the side of the shoe. A Gel cushioned sole with leather accents