Are Fake Sneakers Ever Acceptable? 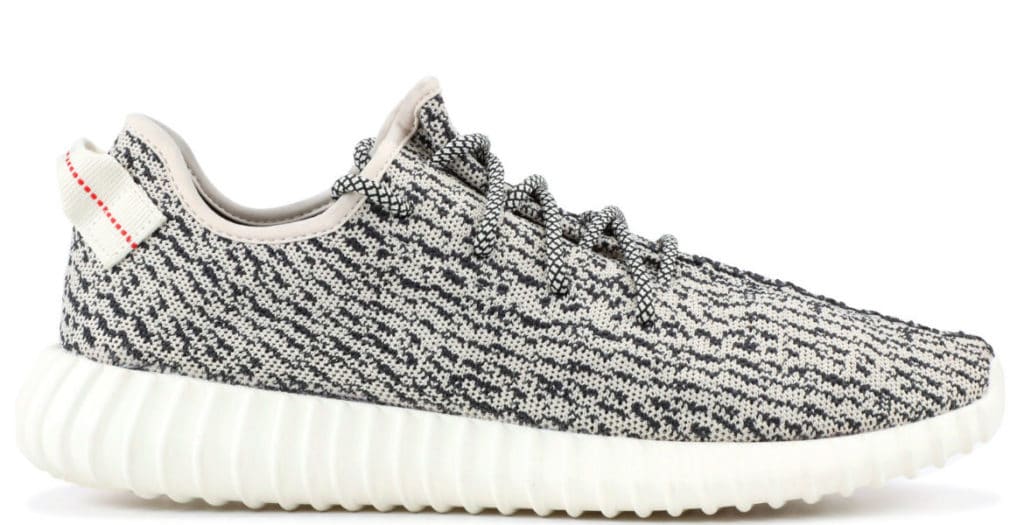 Designers are no longer the enigma they once were. Gone are the Saint Laurent days, the days in which the tortured soul sat alone and created tirelessly, refusing to interview or engage with the consumers that allowed them to do what they love.

The age of the internet has ushered in a new era full of shallow indifference and with it designers full of personality, readily available to consumers. The designers of the last ten years are the new icons, in stark contrast to the iconic models of the pre-digital era. A quick google search will bring you thousands of results of designers sitting on a couch having questions fired at them.

The new generation of fashion enthusiasts want to feel connected to the clothes they wear, which is the exact reason they want to get to know their favourite designers through interviews. Interviews with designers are often quite nuanced, questions about their creative process and the like. They’re often youthful creatives such as Gosha Rubchinskiy and Heron Preston.

On the other side of the spectrum you have interviews with your Kanyes, your Virgils, your Ian Connors – the  “celebrity designers”. I use that term loosely, as they are more like exclusive celebrity endorsements than designers. Things like Kanye and his Yeezy collection or Ian Connors Revenge x Storm Vans. A hot topic with this particular breed of designer is the infamous “So *insert celebrity name*, what do you think about unlicensed replicas of your designs?”. The interviewee always gets the same quick fire response back- the PR friendly response: “I don’t condone it, it is stealing”, or something along those lines.

These celebrity designers all have the same marketing technique, often talking about coming from humble beginnings and grabbing America by the balls, championing the whole poor kid from the hood aesthetic. “Work hard and you’ll make it kids”, they like to say. Capitalism, with all the i’s dotted and t’s crossed.  Kanye, Virgil and Connor, all people that claim to be from modest beginnings and all people that have knocked the average guy for wearing fakes. Which brings us back to the burning question at hand – is wearing fake sneakers ever an acceptable thing to do?

Although true, wearing fakes is stealing, when you examine all the circumstances surrounding exclusive footwear releases, can we really blame young people for rocking fakes?

First of all, who cares? Ignoring the morality of stealing someone else’s intellectual property, or a humorous exchange between friends, what reason is there to bring up someone rocking fakes? Is it classism? Or maybe an aura of self importance? Or perhaps it is a genuine care for the multi-millionaire designers intellectual rights? If I was a betting man, I would put my money on one of the former.

The very people that complain about fast fashion ruling the masses and preach encouraging and patronising messages such as “dress how you want to dress, not like everyone else” will wear limited edition releases and stigmatise people for wearing fakes. Statements such as “how can you be real when your kicks aren’t” are charged with an air of elitism. The people pretending to be your average Joe with £600 Balenciaga Triple S sneakers on, will shit on the real average Joe for wearing fakes. Factories that produce fakes are becoming more advanced every year, strengthening the quality of the replicas they produce and in the process the argument for buying counterfeit sneakers.

A prime example of the quality and attention to detail possible with replica sneakers is pictured above. When on feet, the differences are minimal. One of the images is of fake Yeezy‘s and the other is legit. Can you tell which is which?

The average young person doesn’t have enough disposable income to drop a cheque on a pair of sneakers, and why would they when they could get an almost exact replica for a fraction of the price. So they can own a pair of rare sneakers with Kanye’s official stamp of approval? Don’t take my word for it, there are whole communities tens of thousands strong that think that exact thing, communities built around a common goal – looking good and saving. Entire SubReddits are dedicated to help their fellow fashion enthusiasts find the best replicas for the best prices. Cheap alternatives are the only topics discussed on SubReddits such as Repsneakers and FashionReps.

The most notoriously counterfeited brands actually fuel the replica industry themselves. By producing sneakers and clothing in such limited quantities, they do two things. They make their brand desirable through exclusivity (a smart tactic, limited edition products effectively sell in other industries) but they also leave a gap in the market for counterfeiters to fill.

With more and more people becoming interested in fashion disproportionately to the amount of product released, there is often a plethora of fans left unhappy that they didn’t manage to catch the latest drop. Some of these disappointed customers will take their money to the counterfeiters, getting a similar product for a much lower price (as mentioned above). Can you blame them? Its human nature to want to be involved – we’re a social species, and making people feel left out will almost always have a negative impact.

I like to call this theory the Yeezy theory. When the first Yeezy 350’s dropped back in 2015, so too did the servers and domains used to host the stores selling them. Due to an insane amount of hype from Kanye, Adidas and celebrities rocking them pre-release, the Yeezy’s were a must have if you didn’t feel self important enough and had extra money lying around.

But what about the real innovators of the industry, they’re losing potential money by having their intellectual property stolen!? You may be asking, a point often brought up when having this discussion is that 30% of people that buy bootleg trainers/ luxury goods would never buy the real thing even though they could afford it, as found in a EU commission study conducted in 2010. Furthermore, is stealing from a company like Nike really going to affect them in the long term? A few pairs of fake Nike’s wont destroy their business plan. Which, depending on where you land morally on the debate, is true to an extent.

Finally, avid fake sneaker enthusiasts often raise the fair point that they feel no guilt because they cause big corporations to lose some potential money. Their excuse is that often the factories in which the legit sneakers are mass produced don’t possess the best of working conditions. Why should they feel guilty about making the billionaire owners of these corporations lose a potential £70 when they have no issue employing people in the underdeveloped parts of the world and pay them pennies? Sometimes even using child labour and at the very least not paying a great wage by western standards. What is even worse is that sometimes the same factories that produce the legit sneakers also produce the fakes.

To some people, wearing fakes is worse than being a terrorist, to others its completely justified. The place in which both camps will agree in the “are fakes okay?” argument is that selling fake items as their real counterparts is never cool. Wherever you stand on the issue of wearing fakes, it is a growing and thriving industry and doesn’t seem to be going anywhere anytime soon.