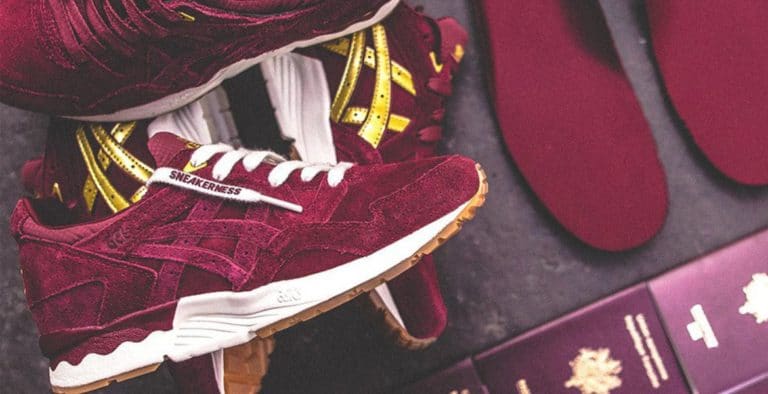 Asics Gel Lyte V’s are a tried and tested favourite for sneakerheads. After several collaborations with famed sneaker designer Ronnie Fieg, they were pretty much set in stone as a classic. Now, Asics have teamed up with Sneakerness, a European sneaker event similar to the likes of Crepecity.

Sneakerness is held every year, at several different locations within Europe. Paris, Amsterdam, Berlin and Zurich all have their own events. It’s arguably the biggest sneaker event in Europe. For the first time ever, the team behind Sneakerness have been given the chance to collaborate with Japanese sneaker manufactures Asics. The model of choice is the Gel Lyte V, a timeless silhouette, and the guys at Sneakerness have certainly created something pretty amazing. 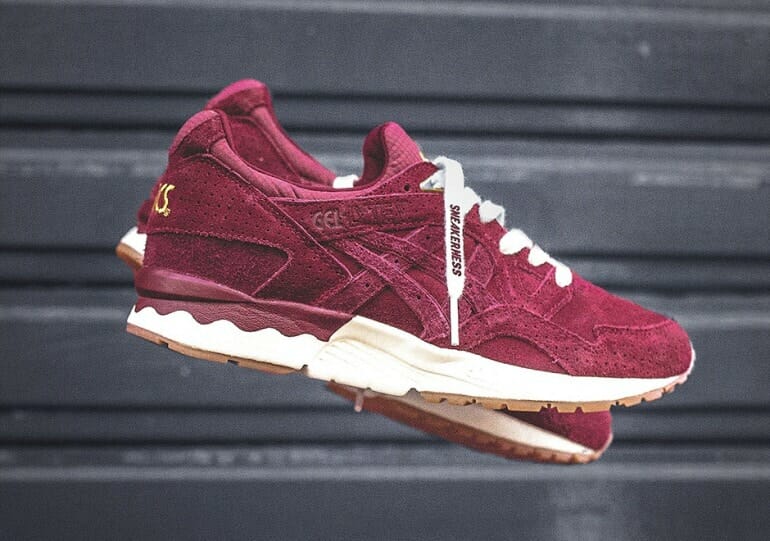 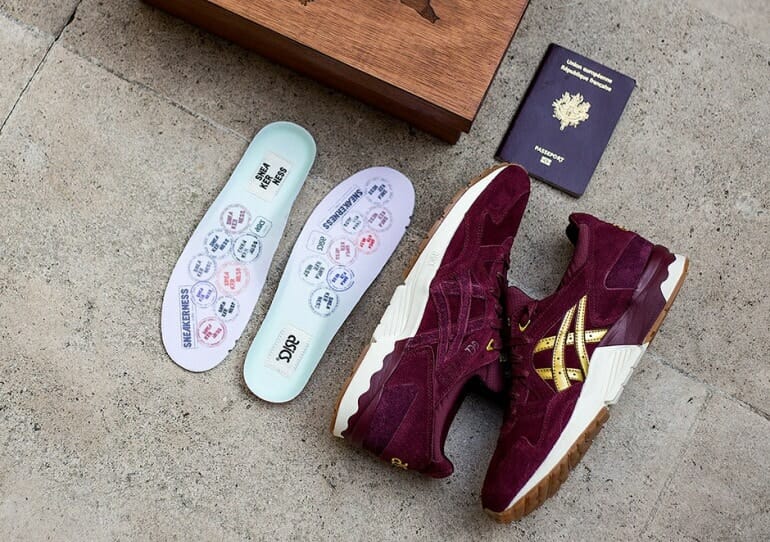 The sneaker is inspired by the European passport, something I’m sure you’re all familiar with. The royal burgundy and metallic gold colour scheme is the key here, as seen throughout the sneaker. The release comes complete with a bespoke made wooden box, insoles illustrated with passport stamps along with dual Asics/Sneakerness branding. All in all, it’s a great release packed full of the little extras that sneakerheads like ourselves love. 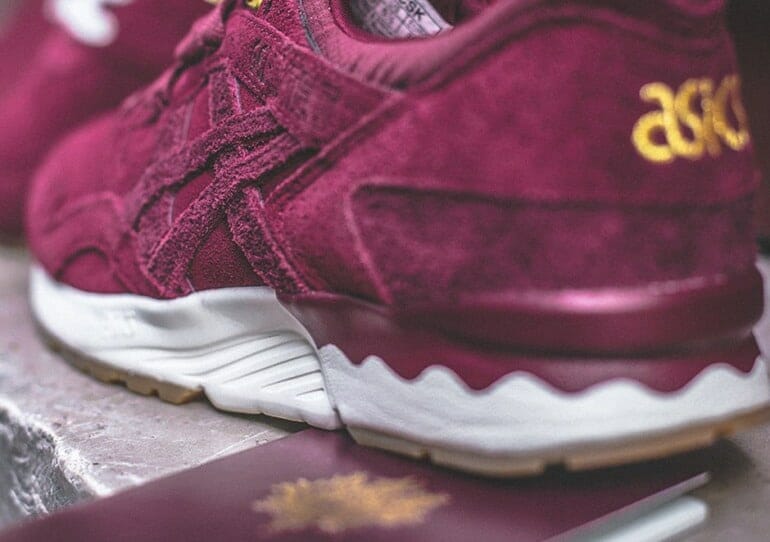 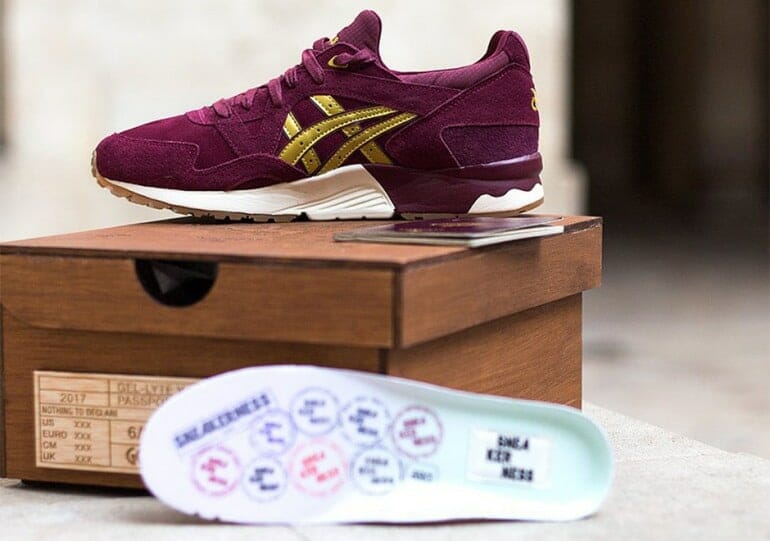 Where to buy a pair of Asics Gel-Lyte V Passports