101 Amazing Wolverine Beard Ideas That Will Blow Your Mind! 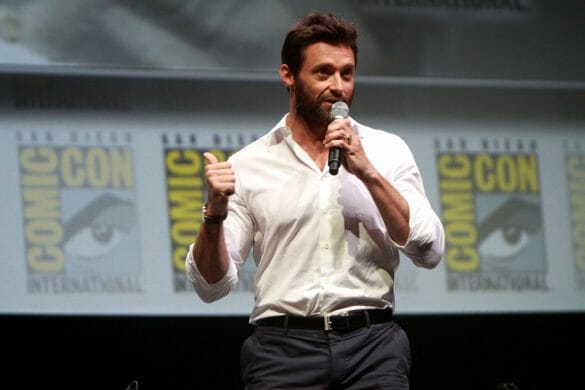 Is Hugh Jackman your favorite actor? Even if not, you’ve probably seen The Wolverine at least once in your lifetime, right? He is a mysterious character that a lot of boys (and men) fancy and love. When we talk about Wolverine, we can’t forget to mention Wolverine beard styles. Are you trying to achieve that Wolverine look? If so, here are some of the best Wolverine beard styles!

How Do You Get Wolverine Beard?

Have you ever heard of mutton chops? This is an old-school beard style that was worn a hundred years back! It is called mutton since it resembles a piece of chopped mutton. This beard has unusual sideburns that are cut along the chin.

Our favorite X-men character can rock a badass and cool look. If you want to emphasize your face, go for this look. Although it best suits the Wolverine himself, you can still give this beard a try. This facial hair will look the best with a full beard and by emphasizing equal parts on both ends. The actor Hugh Jackman had to wear some extensions while shooting the X-men movie, so make sure you are also patient with your hair journey!

If you want to style your hair messy but you want a clear beard, this is the best Wolverine look trim! Usually, dark-colored beards will look the best once shaped into a Wolverine beard style. Wolverine facial hair will suit an oblong face shape best, and it will give you the best everyday wearable outcome!

In the past few years, Marvel has made a lot of movies such as Avengers infinity war which have skyrocketed, but did you know that X-men (Hugh Jackman as the Wolverine) holds the longest role of a live-action Marvel superhero?! He has been shooting and playing Wolverine from 2000 and up to 2018!

If you are a fan of short hair and you prefer this Wolverine beard and hair look over his long style, why not give it a go? His facial hair is very defined, and this beard style will suit men who want something low-maintenance. The wolverine sideburns should be cut every 3 weeks in order to remain equal parts and to emphasize oval faces. This cut will look great on a guy who has an oval face.

Actor Hugh Jackman is often giving interviews. Once spotted and videotaped giving answers to some questions, he always looks very professional and ready for business! If you prefer this Wolverine beard style over other options, give this one a chance! The only product which you may need is a beard wax, but you can let your hair move on its own and style equal parts in the back with some sea salt spray.

Hugh Jackman is famous, and he can pull off anything on his daily routine. You can thank his hair experts and stylist for giving him defined facial hair, a specific beard style, and a voluminous hairdo. If you are experiencing some hair loss make sure you go on a search for the right set of hair vitamins! You can achieve this Wolverine beard and a Hugh Jackman beard if you eat proper foods, including some vitamins, and use a high-quality hair-care product!

Since now you know how to make Wolverine hairstyle and you’ve browsed through different beard style options, would you give this facial hair a chance? A Wolverine beard will best suit an oval or round face shape and is a beard style that is a go-to by older and more mature men. If you liked this guide, let us know your favorite Wolverine style in the comments down below!

Still looking for inspiration, then checkout this blog post about beard ideas.

Why many men should seriously consider adding aftershave...

Eager To Find The Best Mens Back Shaver?...

10 Best Oud Colognes That Work With Every...