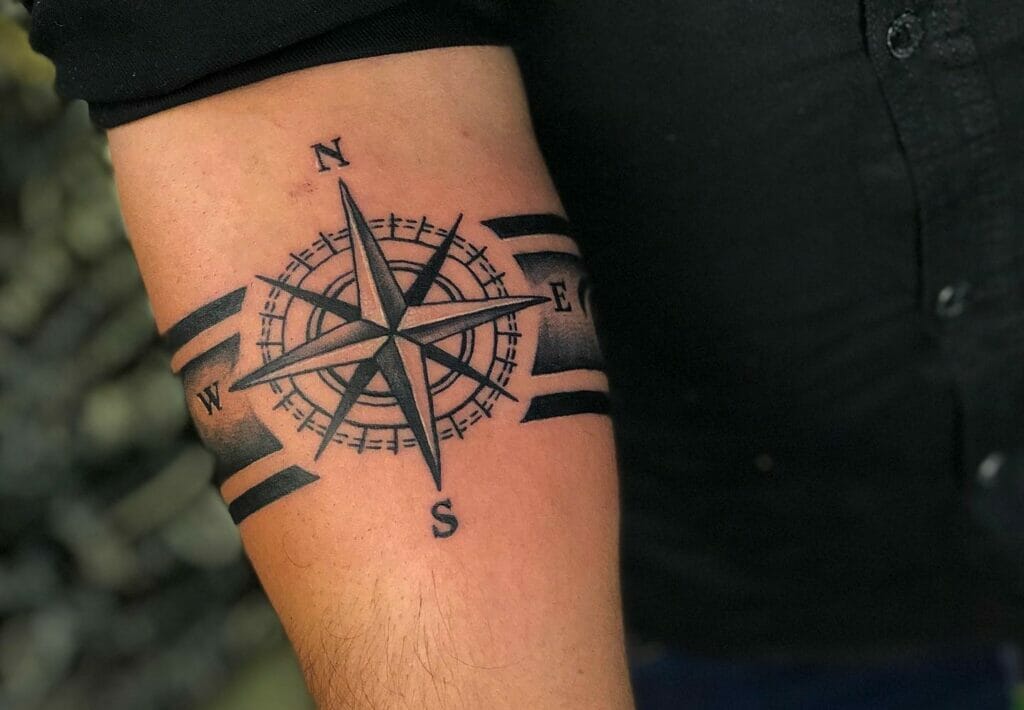 If you thought that this article was about tattoos which you should get if you are a fan of a certain band, you are at the wrong place. Even though the name might suggest that we are talking about music bands, we are just talking about creative tattoo designs that carry the name band tattoos. These tattoos are usually done in all black ink and are very bold. They can have a meaning behind them, but you can also just wear them because they look cool. If you are interested in the designs of these tattoos, then keep on reading to find out our Top 8 Band Tattoos To Get!

What do tattoo bands around the arm mean?

The meaning of your band tattoo depends on the placement of the tattoos. Black armband tattoos usually represent the grief for a lost loved one. If it is not done in solid black, then it can be the symbol of strength and happiness. These tattoos can also be done on your forearm and legs. Most of them represent some type of death, but if done in a certain style they can represent something more cheerful.

This is a simple armband tattoo that is not done in all black and it represents the people you love. It is done a bit on the upper part of your arm and it has connected black lines and a red heart. You can put the name of your loved ones in the heart just like on the picture. Designs like this one are amazing if you like armband tattoos, but also want to celebrate the life of your loved ones!

Armband tattoos can not be done into full sleeve tattoos, but this design is as close as it can get to it. It is done in all black with simple lines. The flower designs are not the typical floral tattoos, so it does not look like a tattoo for women. It can even be considered as one of the masculine design ideas. Armband tattoos like this one are great if you want to do a pattern as well as the popular band tattoo.

Tribal tattoos usually carry a lot of meanings behind them. That is one of the reasons why they have very intricate designs. One of the more popular tribal tattoos is Hawaiian tribal tattoos because of their unique styles and awesome designs. Armband tattoos like this one usually have geometric art on them and they symbolize heritage and culture, rather than death and life.

Black band tattoo designs are the most popular option for guys since they give great masculine ink ideas. These band tattoos turn your skin into body art. What makes tattoos like this one cool is the fact that they have so many parts. It starts from your wrist, but it does not take that much space on your arm. The landscape of mountains and the triangle lines which continue around make this such a high-quality black band tattoo. All in all, if you are looking for unique black designs for guys, then this if your match!

Chain armband tattoos, which often look like a bracelet, have a cool and original design. They are often done on the arms, but can also be done on the legs. A hundred years ago, chains were considered a source of slavery. Today, they represent strength and unity. These tattoos can be looked at as tattoos for guys, but if done on the wrist they can look like a fashion tattoo for women. Armband tattoos like this one age very well with time and are a super simple body art piece.

Band Tattoos can be worn in many different ways. You can do it just because you like armbands or because of a trend. The most amazing thing about them is the fact that they can be used to cover up old tattoos you regret or just do not like anymore. A black line can cover up most smaller tattoos and it can still have some meaning behind it. One of our tips is to even add a certain date or name which has a significant meaning to you, making this a perfect cover-up band tattoo!

Some people call this The Double Armband Tattoo and others call it The Dybala Tattoo. Either way, this is a simple two black tattoo that can be done as an armband tattoo or as a leg band tattoo. A solid black armband tattoo usually means that you are mourning someone’s death. A lot of people do band tattoos like this one, so they can always carry the memory of a loved one. You can get these tattoos even if you just like the design, but the tattoo ideas is to pay respects to a loved one.

If you want to do to an armband tattoo or a band tattoo designs in general, why not take it to the next level by adding a detailed flower to it? Band tattoos usually symbolize death, but by adding flowers you may be creating the perfect armband tattoo designs. It implies the balance since flowers represent life and happiness. Also, these tattoos are just so beautiful that they can be done both as an armband or leg band tattoos. So, if you want to get band tattoos, but also want to make them a bit more out there, then this is what you were looking for!

Not that many tattoos can be done in such a simple way and still have so much meaning behind them. There is a reasonable bend tattoo that is very popular and maybe you will be doing one in the future. We hope you liked our favorite band tattoos as well as small tips and tricks on which one to go for!