The Air Max 1 Royal Is Restocking 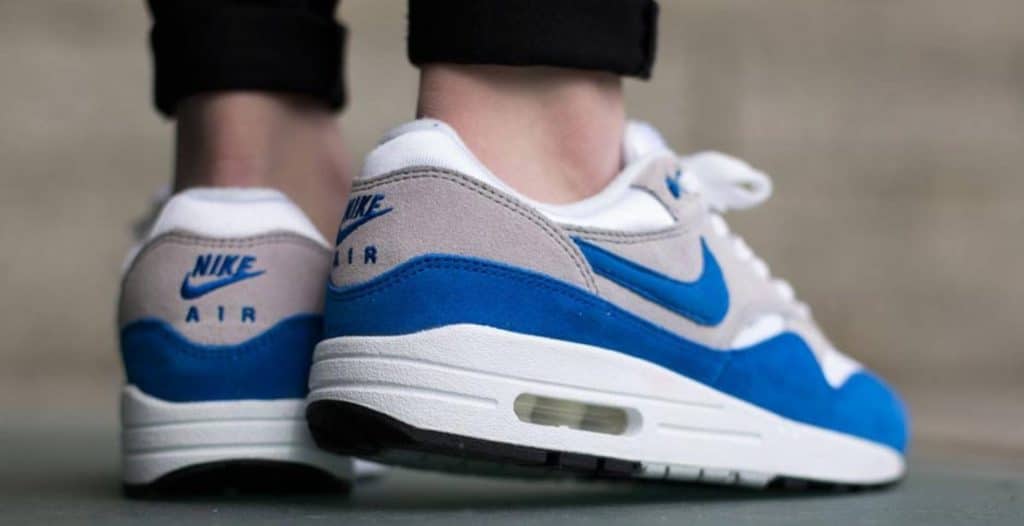 After the OG University Red, Royal Blue is probably the most classic Air Max 1 colourway of all time. It’s clean and simple, white with blue accents. The colourway is due to restock this week and Air Max fans across the globe are ready and waiting.

Back in March this year, Nike released this original 1987 Air Max colourway in limited to numbers, as part of the Air Max Day celebrations. Now, shortly after the re-release of the University Red Air Max 1, Nike have decided to restock the Royal Blue colourway as well. It’s the sort of restock that doesn’t happen often, so don’t miss your chance to grab one of the most legendary Air Max 1 colourways of all time.

As you’d expect, all the classic Air Max 1 characteristics are featured here, including the visible air unit, Swoosh branding on the side and Nike Air branding on the heel tab. The model features premium construction materials throughout, such as hevay duty mesh and nubuck.

If you’re looking to pick up a pair of these classics, they’re restocking on October the 12th via select Nike retailers and via Nike itself. However, be warned, with this much of a classic re-releasing there will be a hype surrounding the release, so make sure you have a plan of action to avoid dissapointment.