AIR JORDAN VI ‘SPORT BLUE’: BACK FOR THE FIRST TIME 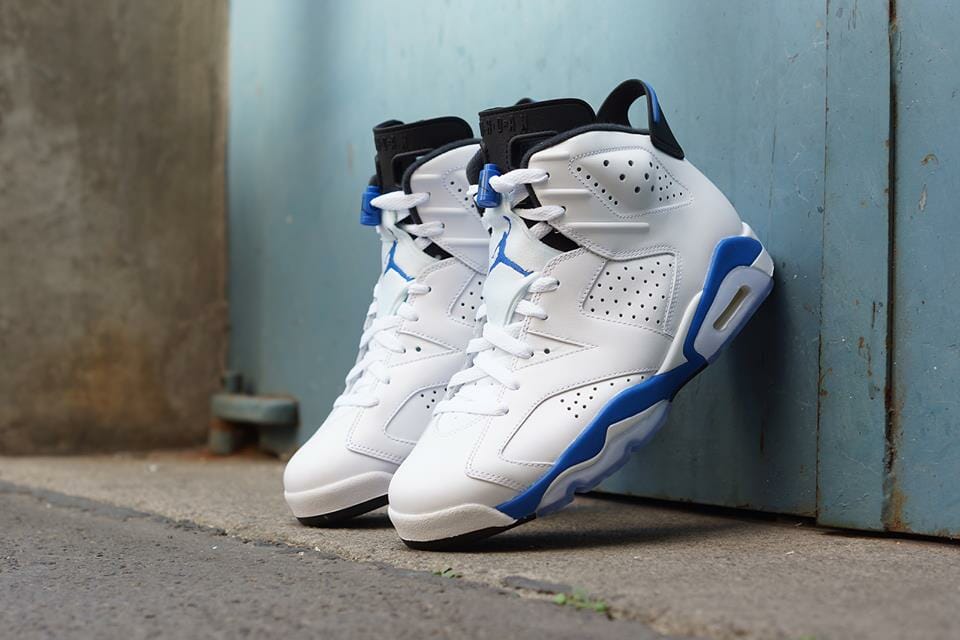 Some Air Jordans have been reissued four times or so, while others have been strangely overlooked. As far as many shoe conservatives go, the Air Jordan VI is one of the final acceptable instalments. We don’t follow that mode of thinking, but we were always a little crushed by a lack of Visible Air on the VII (we’re over it now though.) There were always strange oversights that have been amended in recent years — we’d see the same shoes again and again, but classics like the Bordeaux VIIs and Chicago Xs took a long, long time to rerelease. But we were still waiting for the Sport Blue (which we called September Blues for years). With 2014 being the VI’s 23rd anniversary and 23 being an important number in the world of AJs, we knew we were going to see a lot of colourways, so it’s good to finally get a reissue of this one.

This isn’t the best VI colourway, but seeing as it’s this silhouette and it’s a very clean, simple shoe, it’s still a masterpiece — and MJ wore them too, back in the day at the Magic Johnson All-Star Classic. Jerry Seinfeld wore them too as part of a brace of primetime TV appearances for four of the greatest episodes of his show ever (word to Babu.) That’s all the cultural connections we need to make these ultra legit. The reissue of this one is decent enough, but we still find that they’re lacking the materials that made these so necessary — we kind of wish 2015 had been the 6’s significant birthday year, but it looks like the VII will get the VIP treatment (for a price) instead. Thinking about it, this was the one we never bothered with back in the day because we were so dazzled by the red accented editions, so it’s tough to give you a legit opinion on whether it sucks compared to the real deal, but if you’ve grabbed any other versions of this one in the last few months, it feels like that. While we’re on the topic. are we the only people that have always found the Air Jordan VI uncomfortable compared to the IV and V? These will be in the store on Saturday alongside some smaller sizes…

Where to buy a pair of Air Jordan 6 Sports Blue