Air Jordan Spiz’ikes – All you Need to Know

Originally intended to be a one off colour way, the success of the Jordan Spiz’ikes took Nike by surprise, and they’re now one of the most popular fusions to date.

A hybrid often pops up in science fiction movies, usually created by some mad group of scientists, and unwittingly the start of some doomed story line. A failed experiment. An abomination to all God fearing folk. It can get pretty dramatic. Still, most everyday hybrids are actually pretty harmless, and sometimes they’re even more loved than the original pieces that were used to make them.

One such creation was the Jordan Spiz’ikes, a one off creation that lead to a collection of popular trainers, combining the design and technological elements of the Air Jordan III, IV, V, VI and XX. Inspired by the Spike Lee character Mars Blackmon, who appeared in the film She’s Gotta Have It and the iconic Air Jordan adverts. The history of Nike is so intertwined with the Spike Lee adverts and his iconic character, that this shoe is almost a necessary part of sneaker head culture.

The first Jordan Spizike was dropped in 2006, with the red, white and green edition. Only 4,032 pairs were released, and initial reviews weren’t great. However like a lot of things, like Blade Runner and Sharknado, it can take a while for people to appreciate the majesty of something. Once the trainers gained the attention of the general public, things started to shift in their favour, and gained so much popularity that Nike were convinced to release a few more colour ways. 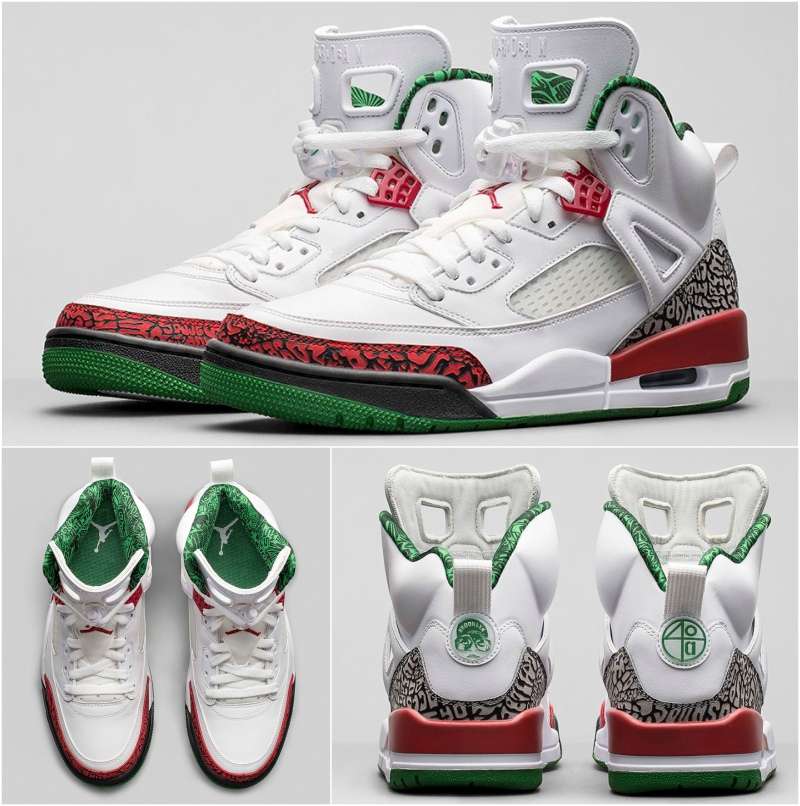 So the trainers were more popular than excepted, and like any self respecting brand Nike gave the people what they wanted. More Spizike colour ways. This wasn’t a collective release though, and over the next few years Nike began trickling out more variations of the Spizike trainer, with clean, neutral pairs to patterned numbers. Here are a few of our favourites.

Released in 2007 and based on the poster for the Spike Lee movie of the same name. ‘Do The Right Thing’ features a striking white upper, lightly speckled with blue to give it a textured look, white mesh, a solid blue sole and a blue and yellow accents around the toe and heel. This was the shoe to help the Spizikes rise in popularity with fans loving the bold patterning and cool blue and white colour way. 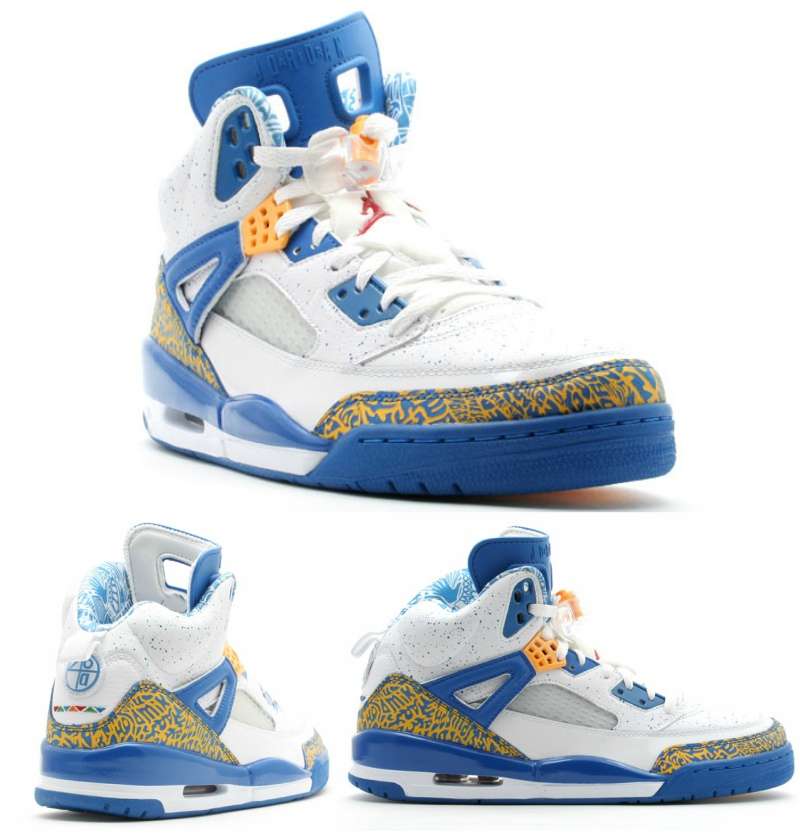 This colourful creation, dropped in 2012, took on a eclectic mix of patterns, primary colours and a block features, each part of the shoe clearly standing out from the other, creating a vaguely lego-esque finish. These are definitely not for everyone, but are a bold piece and don’t hold back on the colour. 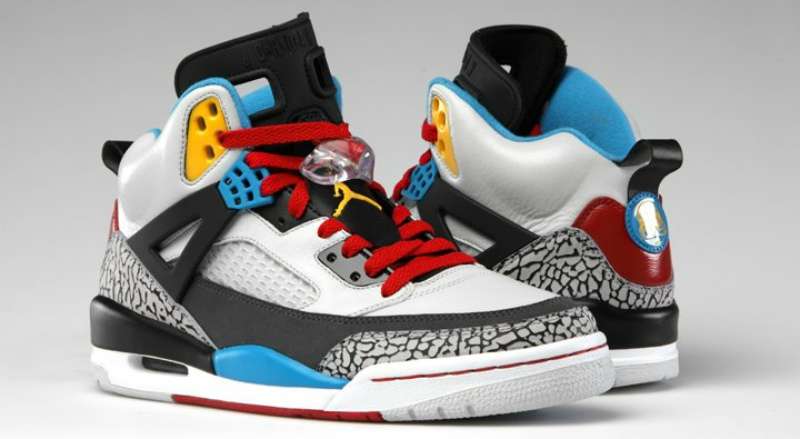 Referring to the start of the Air Jordan dynasty, the ‘Fresh Since 1985’ features the classic colour way of red and white, creating a more subdued and versatile trainer. Extra details are littered throughout the shoe however, such as the ‘do you know’ text in the collar, and the Mars Blackmon silhouette on the sole. 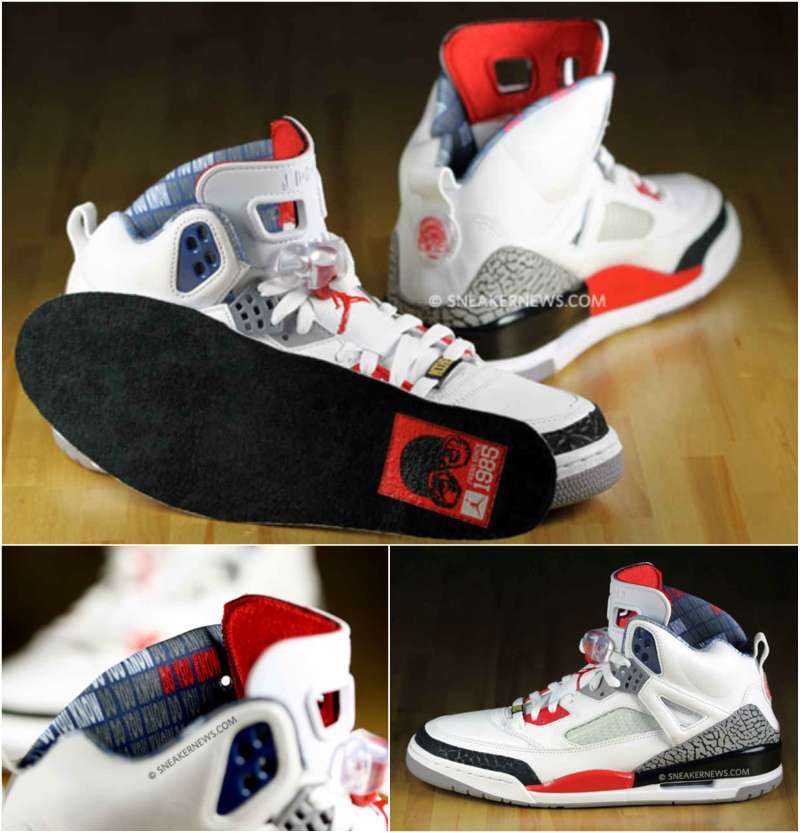 The true blue colour way has always been a classic in the Air Jordan world, and it was only a matter of time before it showed up in a Spizike. With the blue and white collar lining, wings and accents complementing the white leather upper and laces, this is a perfectly balanced shoe that stays true to the clean and classic colour way. 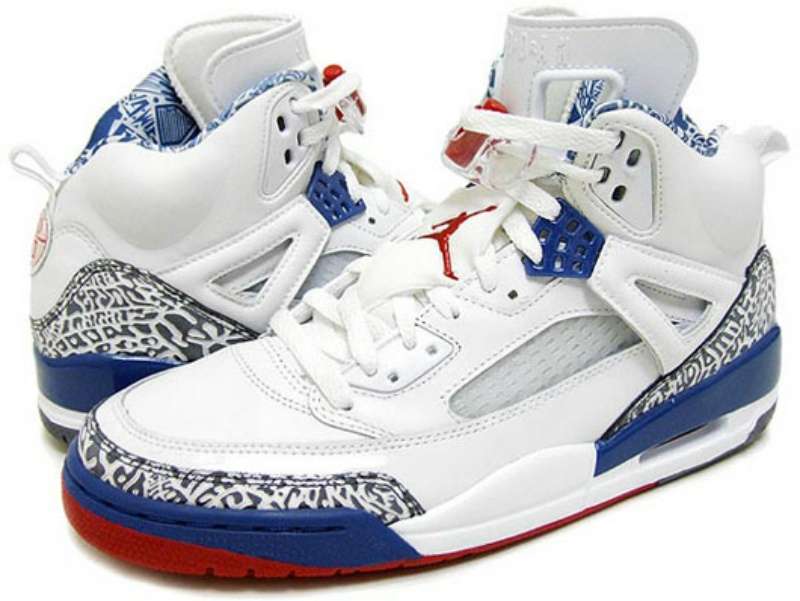