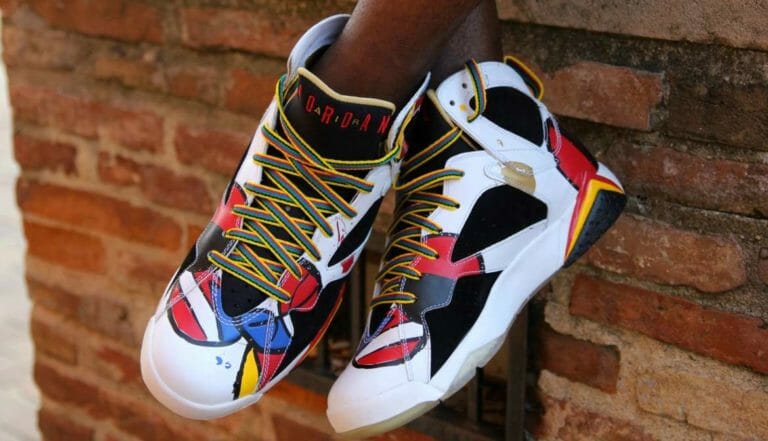 It’s the expressionist trainer that took inspiration from the acclaimed Spanish artist Joan Miró – causing it to be one of the most creative Air Jordans to date.

Sometimes trainers need a little inspiration now and then, whether it’s from cartoon characters, iconic basketball players or famous artists. Each new inspiration helps to shape the trainer into a classic look, with some getting lost in the array of re-releases and new models, and others remaining a fan favourite even years after its release. To read more about the various rare trainer models, as well as their history click here.

In 2008 the Air Jordan 7 took on a colourful look when the brand drew inspiration from famous Spanish artist and sculpture Joan Miró. It paid tribute not only to the artist, but also his hometown of Barcelona, Spain, where the Olympics was held in 1992, and where Michael Jordan helped the USA win gold. In commemoration of the 2008 Olympics, the trainers came with 5 different coloured laces to represent the rings of the Olympic symbol.

The pattern on the shoe was inspired by Miro’s sculpture ‘Woman and Bird’, with the contrasting colours and mix of shapes set against a plain background. To keep within the trainers bold colour scheme, the brand used the iconic Air Jordan text on the tongue in red and yellow colouring. The black cut outs helped break up the piece and add further dimension to the overall finish, set off by the red and yellow rubber edging over the sole. 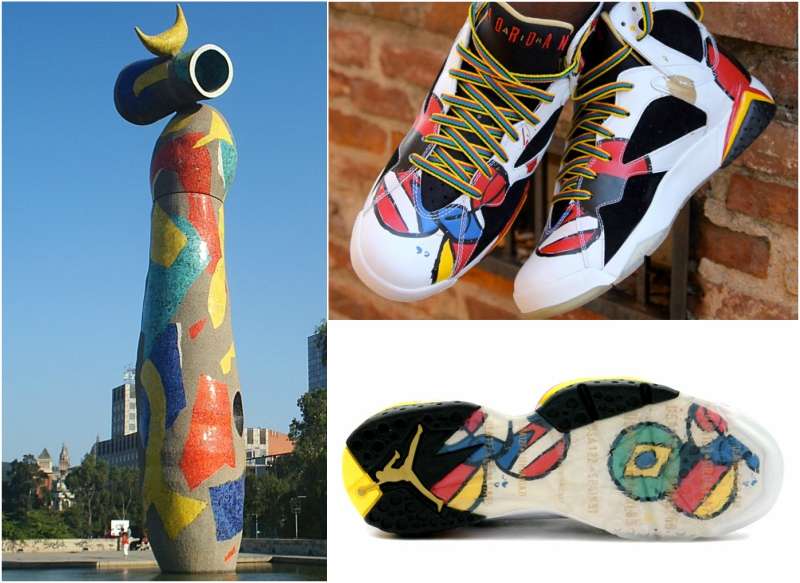 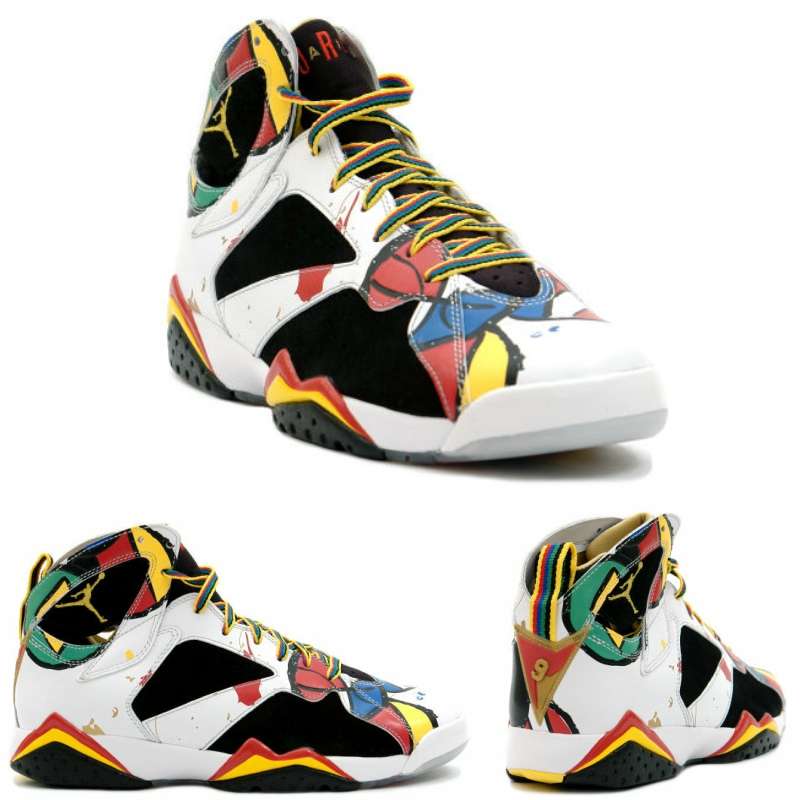