We give you all the info on the latest Air Jordan 6s to hit the stores – the OG Sport Blue, or the alternative name, September Blue.

There’s been a collection of Air Jordan 6 re-releases in various colour ways, including the iconic Carmine and Off White/Maroon, but one of the most versatile and popular is the cool tone Air Jordan 6 Sport Blue, with its sleek, understated look and historic style.

What makes this particular trainer stand out from the others is something surprisingly small, but that’s caused some confusion in the trainer world. The blue and white Jordan 6 can either be called the Air Jordan Sport Blue or Air Jordan September Blue, with the September Blue being more of a nickname. Regardless of what you call it though, it’s hard to deny the cool, structured look of these white and blue Jordans, with the clean colour contrasting neatly against the bold structure of the shoe.

Looking at the shoe head on it looks like a typical stylish Nike shoe, but at a closer look you can see the small added detailing that makes the shoe stand out. The white on white etching, the carefully plated holes in the leather for breathability, as well as the added strips of blue along the black rubber and zigzag patches of leather. 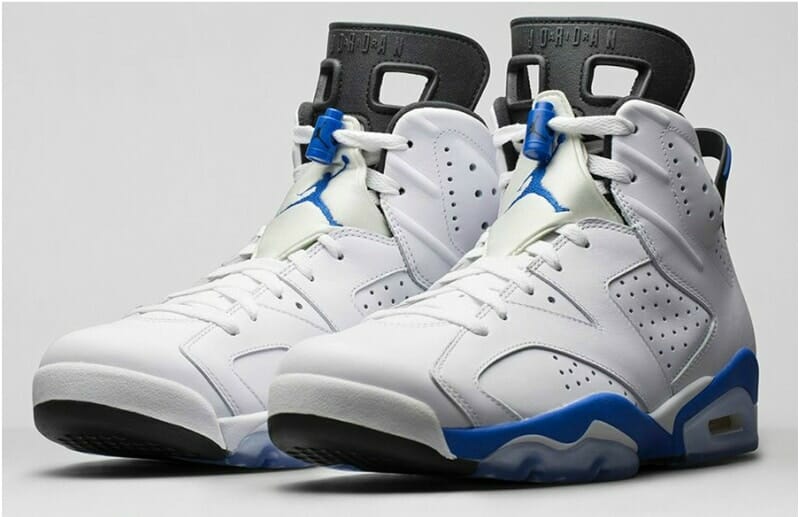 Before starting the design for the Air Jordan 6, designer for previous Nike models, Tinker Hatfield, sat down with the star of the shoes himself to discuss the new model. Michael Jordan came up with a few suggestions, stating he wanted a clean toe, for the heel tab to not press against his achilles heel, and for the design to be easier to slip on.

Tinker created flexible reinforcements around the toe, creating a smooth finish that helped enforce an overall streamlined look. To help with putting on the shoe, Tinker designed the trainers to have two holes in the tongue, which were easy to loop two fingers through and slip on. He also created a loop at the back of the shoe, which he called a spoiler, which did the same function.

Various players also complained that previous trainers could collect dust too easily, making the rubber soles slippery, and obviously not a shoe you’d want to run about the court in. Tinker fixed this problem by reinforced the rubber used on the sole, helping to create a stronger base. 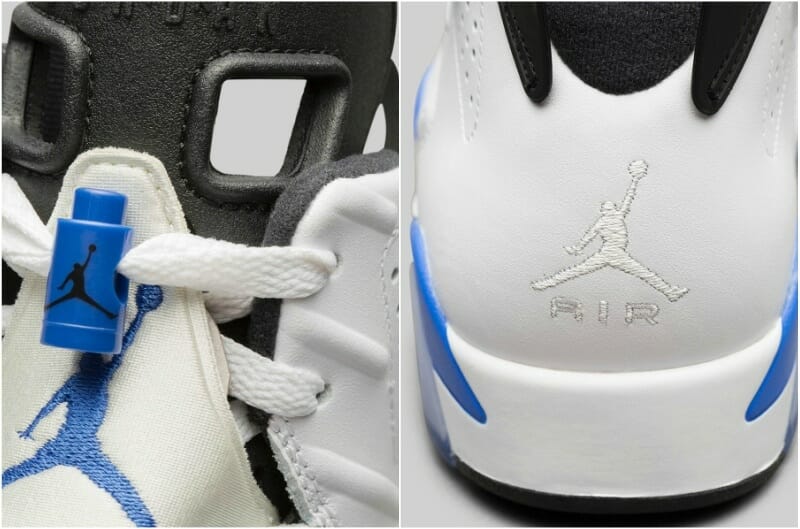