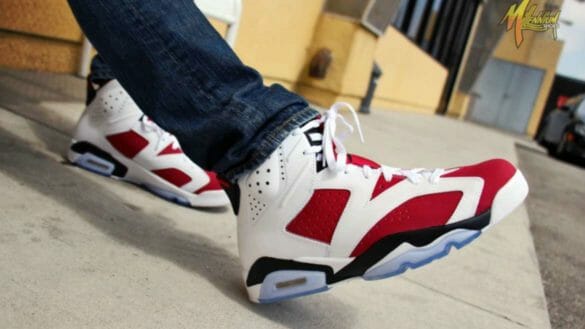 We show you all there is to know about the classic Air Jordan 6 Carmine and its 2014 re-release.

A much loved classic with a new lease of life – the Air Jordan 6 OG Carmine has made a splash in the sneaker world as a re-release of the classic 1991 model. With Michael Jordan wearing the original pair in his first NBA title, the design has a special place in the Air Jordan world, and this re-release has reached the bar with the re-introduction of the classic features and bold colour way. 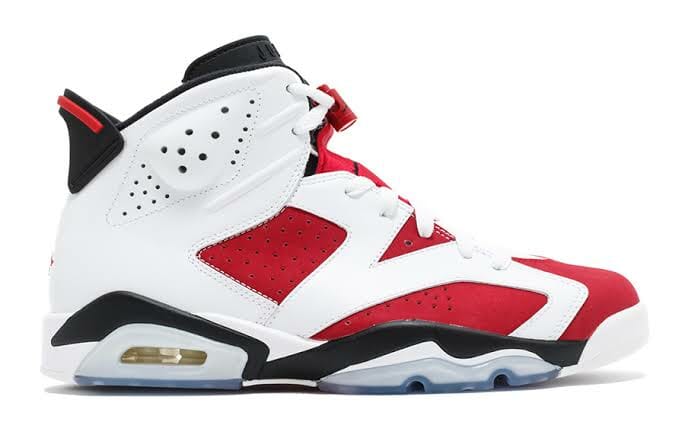 One of the bolder Air Jordan models and arguably one of the most iconic from designer Tinker Hatfield, the carmine Jordan 6 features a strong white on red design, clear rubber sole, completed with a black Air Jordan logo on the tongue. Careful stitching around the white leather ensures the carmine 6 OGs stay delicate in their detailing, contrasting neatly against the cut out look structure of the shoe.

The strong look is complemented with functional features like the classic spoiler and holes in the tongue, helping with easy wear. Neat scatterings of holes in the side of the trainer gives it a textured look, and hidden extras, such as the rubber logo on the base of the shoe, shows the care that went into this classic design. 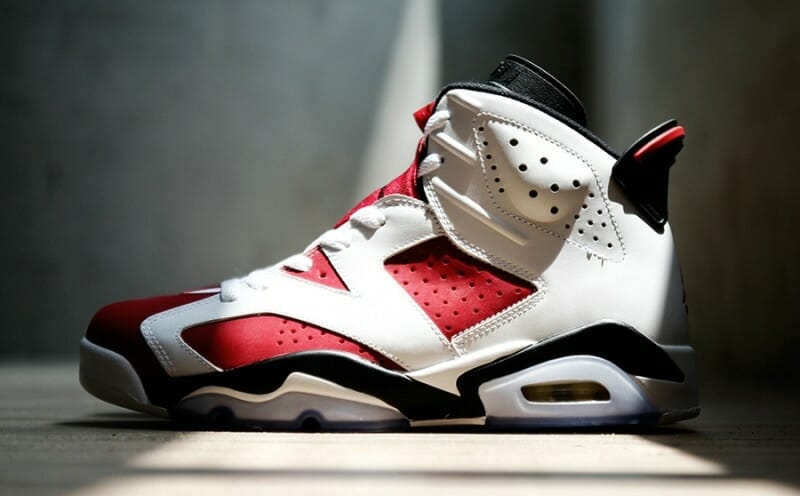 With American designer Tinker Hatfield working on previous Nike Air Jordan models, he was informed by the icon himself to create the Air Jordan 6s with a clean toe, so he created flexible reinforcements around it for a smooth finish. He also added protection around the achilles heel so that the heel tab wouldn’t press against it.

Jordan complained of previous trainers being difficult to slip on, so Tinker created two holes in the tongue, as well as a loop in the back of the shoe, which he called a spoiler. This ensured the wearer could easily loop their fingers into the holes and easily tug on the shoe. To improve the previous models Tinker also changed the sole of the shoe, strengthening the rubber, which some players complained could collect dust and become slippery.

The design came in five colour ways, with the Jordan 6 carmines being one of the more popular colours. The model made its name in sneaker history when Michael Jordan wore them in his first NBA title, and is now seen as one of the prominent shoes in the Jordan brand. 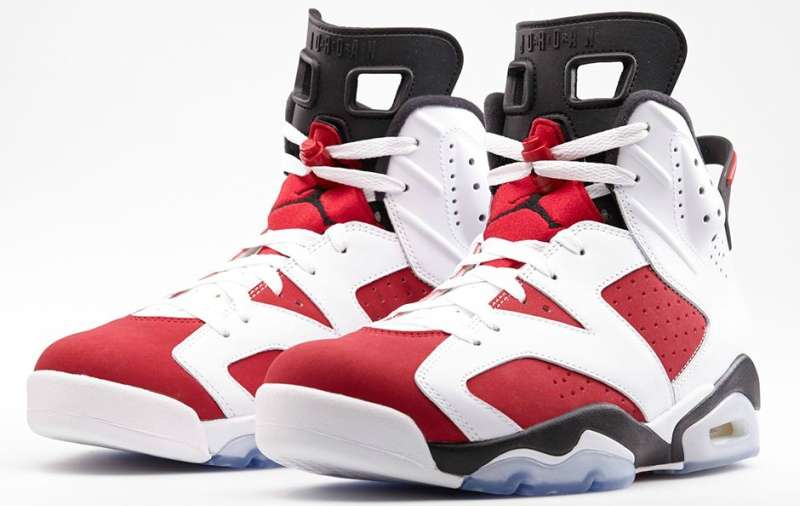