Air Jordan 4 – Premium ‘Snakeskin’ Trainers – All you Need to Know

The Air Jordan 4 originally dropped in 1989, and was one of the first in what was to become one of the longest and most iconic sneaker ranges of all time. Here’s all you need to know about the premium snakeskin release of this classic shoe.

The Nike Air Jordan sneaker range began in 1984 when Michael Jordan and Nike teamed up to create a range of basketball sneakers. Since then, the Air Jordan franchise has only become stronger. Today, the Air Jordan trainer has become one of the world’s most iconic trainer brands, and is certainly one of the most stylish.

Dropping in 1989, the Air Jordan 4 carried on from the Air Jordan 3, by seamlessly blending on court performance design and off court fashion. Designed by the Nike OG, Tinker Hatfield, this classic design has become one of Nike’s most popular, and is still made today.

Spike Lee’s Oscar nominated film, Do the Right Thing featured a pair of ‘fire red’ Air Jordan 4’s in 1989. After the film became so successful, the shoes truly reached fame. The Air Jordan 4 have become such an iconic style that in 2016, Nike have re-released the design in some premium snakeskin Jordan’s. 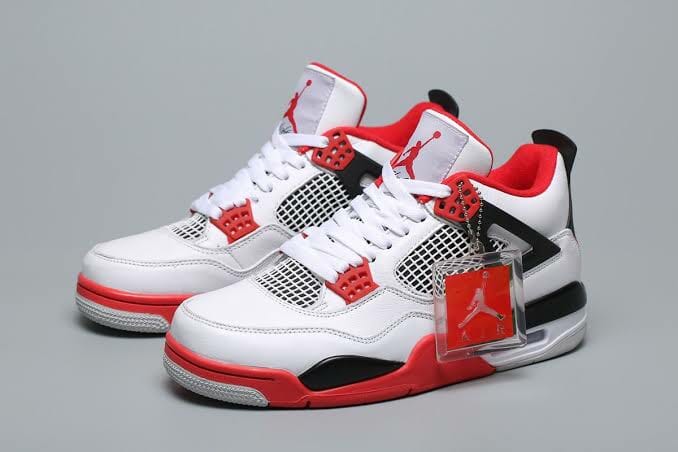 The Jordan snakeskin shoes also come with the lace lock wing design that made the Air Jordan 4 so unique. Originally used to give basketball players extra support to the Max Air design of the shoe, they are now more of a defining style feature. The new snakeskin Jordan’s have got a white or bone coloured mid-sole with an engraved flight-man logo embossed into the bottom of the sole. 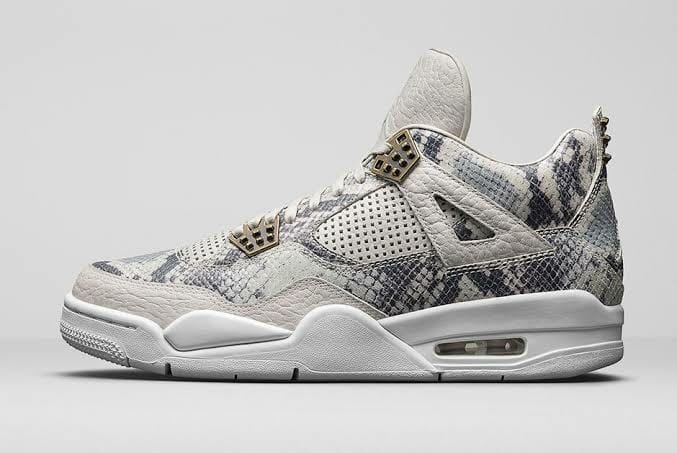 Contributing to the luxurious feel of the trainers, they have added tumbled leather to the tongue, with a soft leather lining on the inside of the shoe. The original Jordan snakeskin trainer comes in a three tone colour-way of white, pure platinum snakeskin, and wolf grey through the base and upper of the shoe. Additionally, the bronzed studs add a nice aspect of detail to the shoe. On the back, the jump man flight logo has be de-bossed to further emphasise the shoe’s rich history. As an extra luxurious detail, the laces of the shoe are also waxed.

During the same year, Nike also released another variation on the Nike Air Jordan 4 design. Known before as the ‘pinnacle’, the second premium Air Jordan trainer came in an all black design known as pony hair. 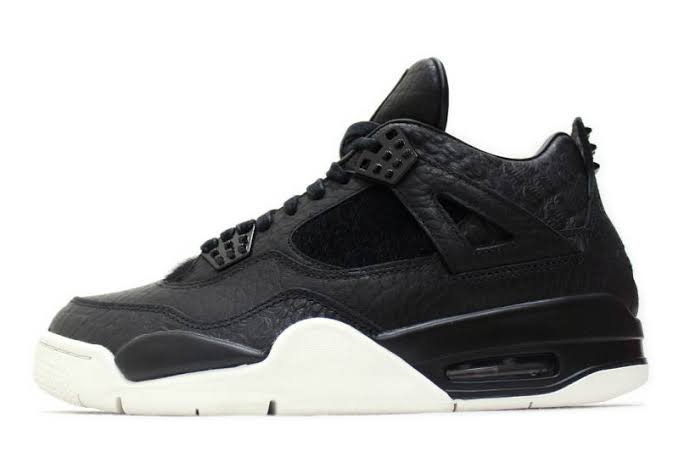 Where to buy a pair of Air Jordan 4 Snakeskin