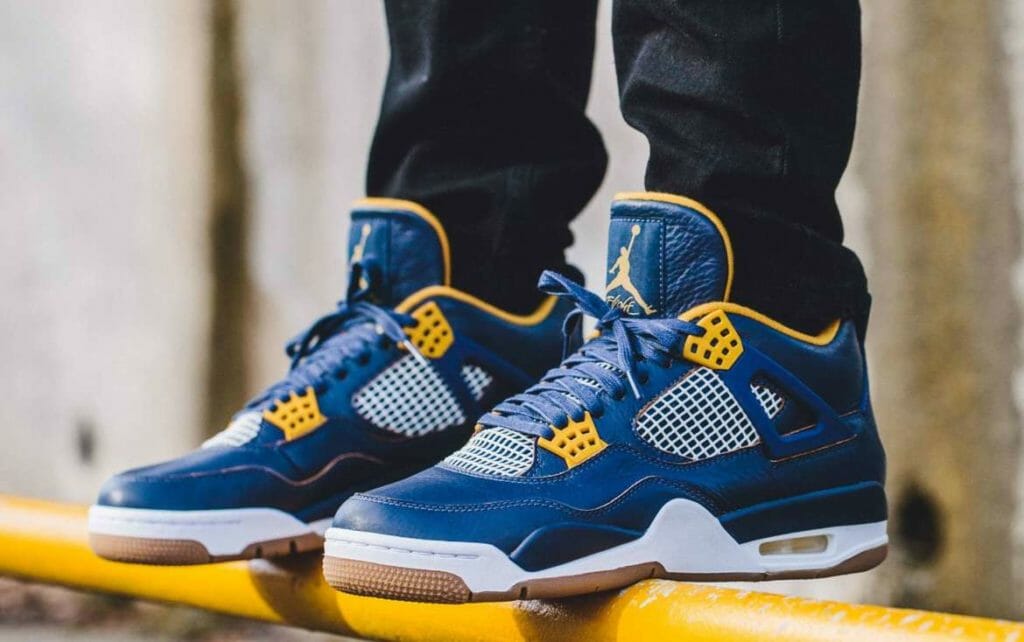 The Air Jordan 4, made famous by Spike Lee and Micheal Jordan’s famous “The Shot”. We have a look at the Hatfield creation that has become a prominent design from the Jordan family.

Tinker Hatfield is a sneaker OG, so of course he made many OG Jordan’s. This pair made their first appearance in Spike Lee’s Do The Right Thing, and are still being made to this day.

The newest colourway of the Air Jordan 4 Retro posits what His Airness’ shoes would look like if he received Player Exclusive colours. With white tumbled leather uppers and Gym Red accents on the midsole, mesh and lining, this fits along nicely with the Chicago-based team’s colour scheme.

Another Tinker Hatfield creation, the Jordan 4 was the first pair of Jordans to be released on the global market. Nike released the design in four colourways at the time and returned ten years later in 1999 after being retro’d by the Jordan brand.

Most notable Spike Lee brought the shoe to the forefront of popular culture in the film Do The Right Thing, where the character Buggin’ Out experiences a sneakerheads worst nightmare and gets his Jordan’s stood on. Spike Lee also helped in creating the adverts for the Jordan release and in return Nike made an exclusive pair of “Spiz’ike IV”.

Another notable moment was during the Game 5 of the 1989 Eastern Conference First Round on May 7, where Micheal Jordan made “the shot” that won the series. This is scene as a pivotal moment in Jordan’s career and is still put on posters to this day.

Where to buy a pair of Air Jordan 4 (IV)