Part of the original colour ways from the 1980s releases, we look at the iconic Air Jordan 3 in the white/fire red range.

Michael Jordan has worn a lot of trainers in this career, and you don’t slip on the feet of His Airness without some recognition. One of the trainers that was propelled into the spotlight was the classic white and fire red Air Jordan 3s, which matched perfectly with Jordan’s 1988 Home outfit. Since they didn’t curse his game or sap any of his talent away, the trainers gained the same love and attention as many of the other styles Jordan rocked on the courts, and soon became a classic part of sneaker history. 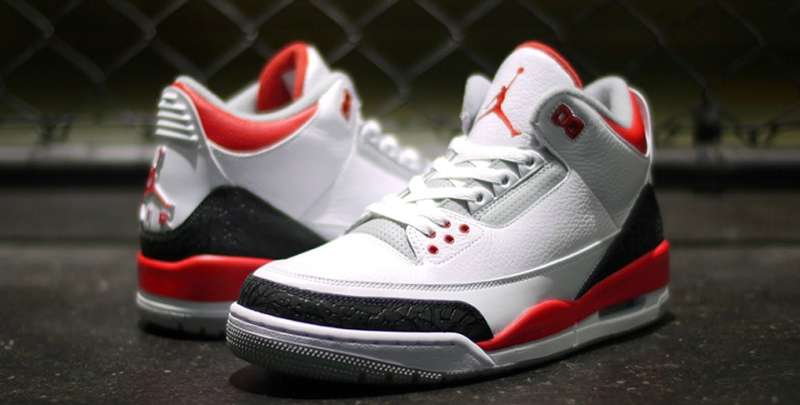 Red and white, like bred, has always been a popular colour way in the Air Jordan world, with the clean white giving a neutral, versatile vibe, and the red keeping things punchy and bold. With Air Jordans in every style working in this colour way, it makes sense that the Air Jordan 3, with its unique elephant print and mix of tumbled and smooth leather, would work perfectly with it as well.

Its 1988 release maintained an almost classic look, keeping the splash of red minimal, and focused around the sole and accents, including the logo on the tongue and the eyelets. The rest of the shoe was predominantly white, with subtle details of cement grey, the elephant pattern around the toe and heel muted by the tone of the grey.

The 2013 re-release of the fire red 3 kept the majority of the features the same as the original, yet the grey of the elephant print was deepened, softening the pattern and making it a less visible design element. The red was brightened, making it contrast less with the striking white, and making the overall look bolder and more intense. The logo, red accent placement and use of textured and smooth leather remained the same however, giving the trainer the same iconic finish. 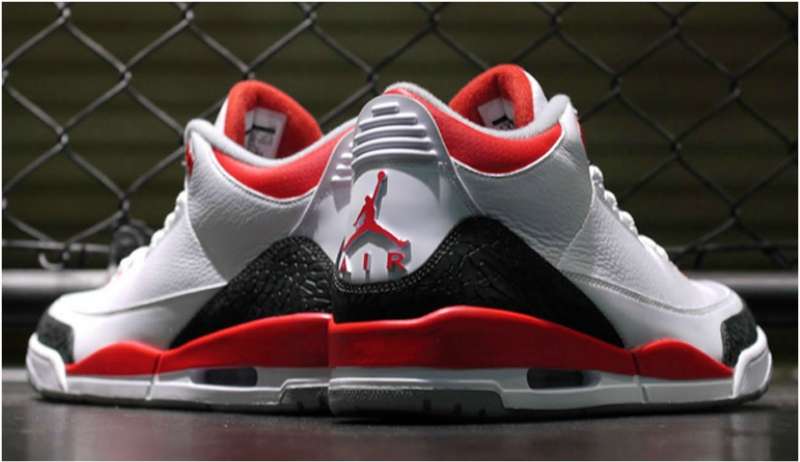