Air Jordan 10 ‘Chicago Flag’ – All you Need to Know 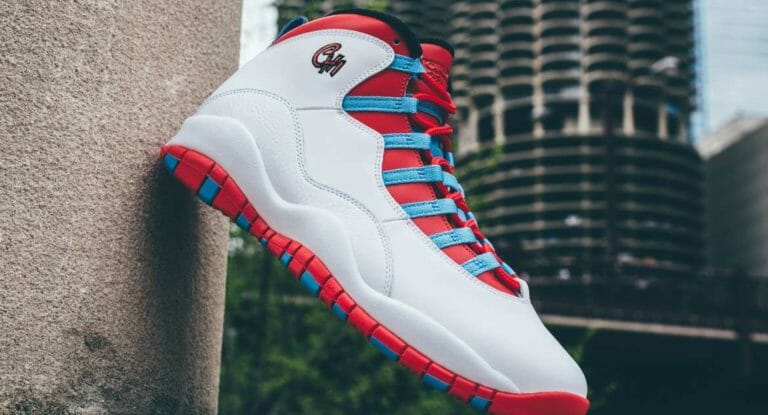 The iconic colouring that represents Michael Jordan’s team’s hometown, Chicago, we give you all the info on the Air Jordan 10 Chicago Flag.

There’s been a few reasons that the classic red and white blue is such a popular colour way. The American flag is pretty big reason for it, but in the sneaker world it’s probably more commonly associated with the Chicago city flag, the hometown of the Chicago Bulls – the team Michael Jordan played with from 1984 to 1998. With some of the most memorable games played by Jordan in that time, and six championships under his belt, it’s hard not to link this American city with His Airness.

In 1995 the Jordan brand introduced the City Series, a collection of trainers that payed homage to various cities around the world. The series was iconic in its own way, but its the latest 2016 release that really makes a firm link to the sneaker world. If you’re looking for a pair of trainers that also represents a part of sneaker history then look no further than the Air Jordan 10 ‘Chicago Flag’. 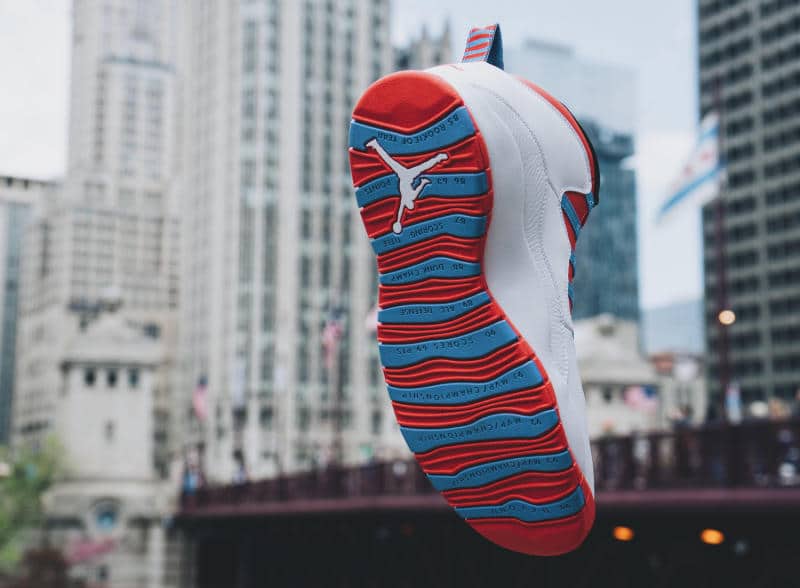 This limited edition release takes on the striking colours of the city flag, with an eye catching lacing system that combines a bright crisscrossing of red and blue. Embossed onto the tongue of the trainer is a statement ‘Air Jordan 23’ text, framed by a thick black lining. The white leather is broken up with smooth and textured leather, keeping the white from looking too stark. The red and blue sole helps balance the trainers, giving them a clean coloured top and bottom with a clean white middle. On the side of the shoe is a graffiti style ‘Chi’ which replaces the more traditionally placed 23 or 45.

The trainer itself is striking enough, but its the sole of the shoe that’s really special. Spread out over the length of the trainer, and layered over the Jumpman logo, it records some of the highlights of Michael Jordan’s career, including 85 Rookie of the Year and 88 Dunk Champ. The smooth layering of red and blue, along with the white Jumpman logo, completes the flag colour way, and helps emphasise the records. 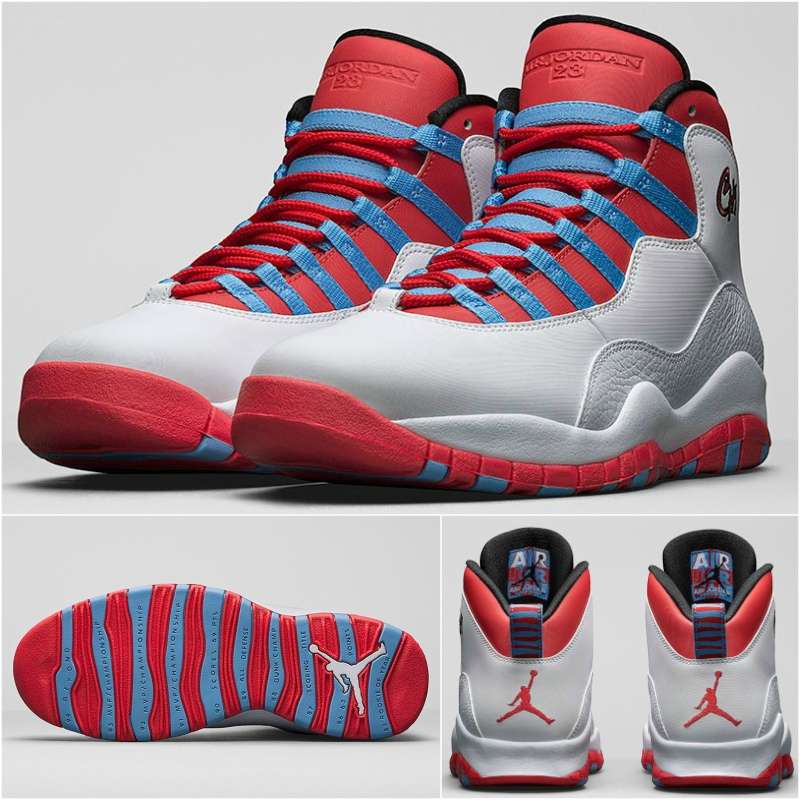 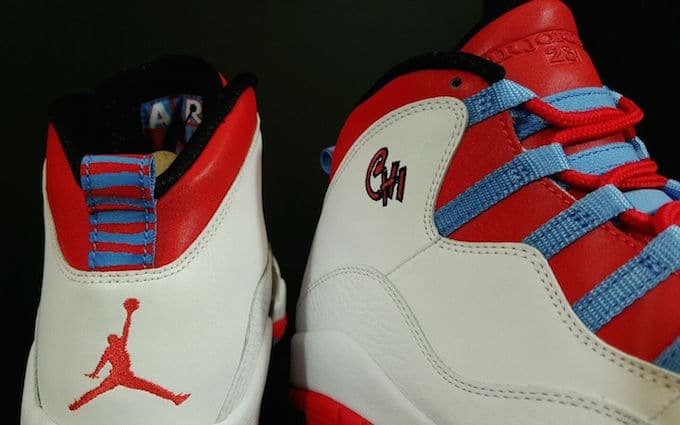 Where to buy a pair of Air Jordan 10 Chicago Flag