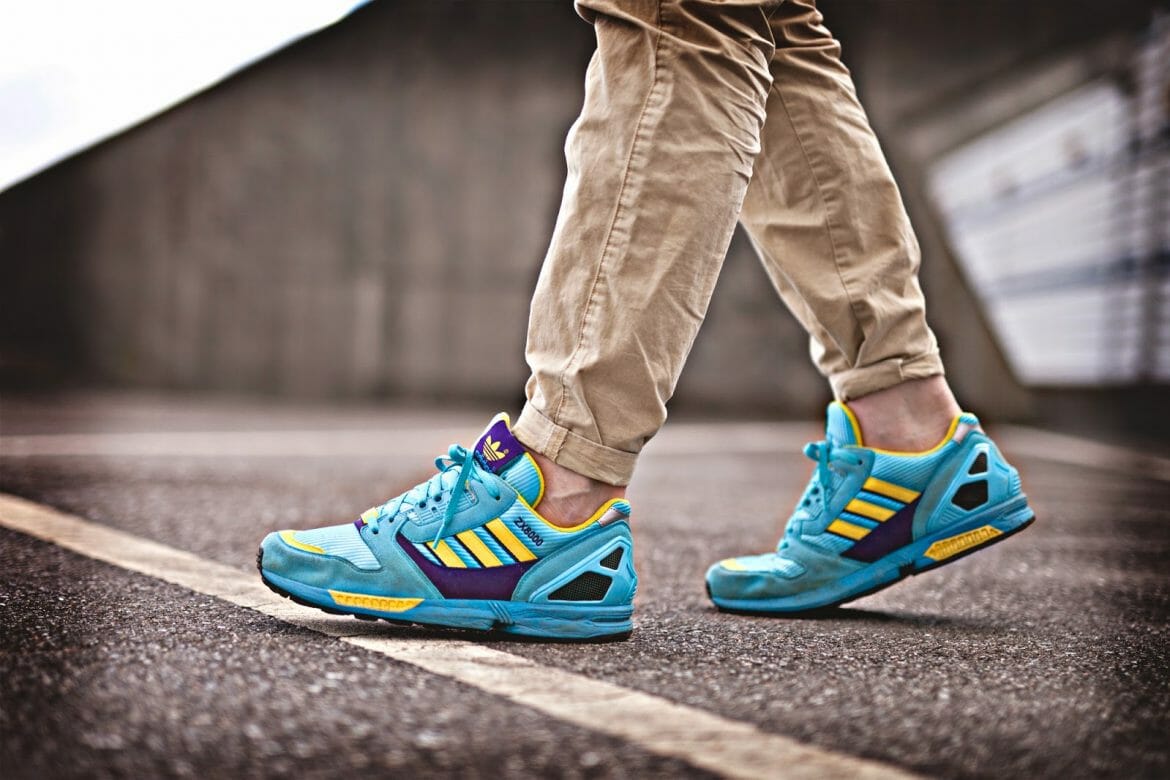 Everything you need to know about an 80s classic – the Adidas ZX8000 Aqua, from its initial creation to its futuristic style

The 80s brought us a lot, sometimes welcome and sometimes not so much, and it was a time where Adidas was really stretching its legs in terms of creativity, going for bold, fearless colour ways and unique shapes. Blending the current obsession with futuristic looks and bright, vibrant colours, Adidas focused on electric styles that made people take notice, and the Adidas ZX8000 in the fluid aqua blue and yellow was their crowning achievement.

Despite their being other colour ways of the classic ZX 8000 design, the striking blue and yellow was the first to be released, as well as the most popular. Its fluid mix of textures, ranging from clean suede lines to punchy black mesh, as well as its bold contrast of blue and yellow, keeps the overall style an intricate combination of classic looks and futuristic vibes.

The more recent 2013 re-release remained loyal to the original design, keeping the same vibrant blues and yellows, however the technology has improved from the 80s design, with a slimmer fit and flexible, soft sole. 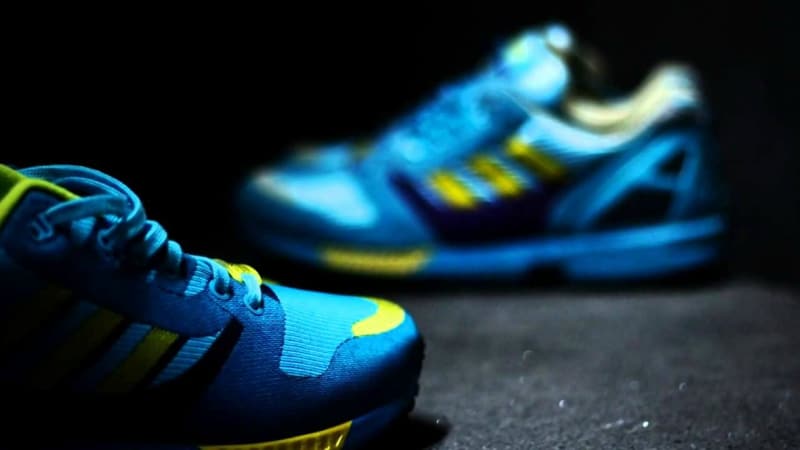 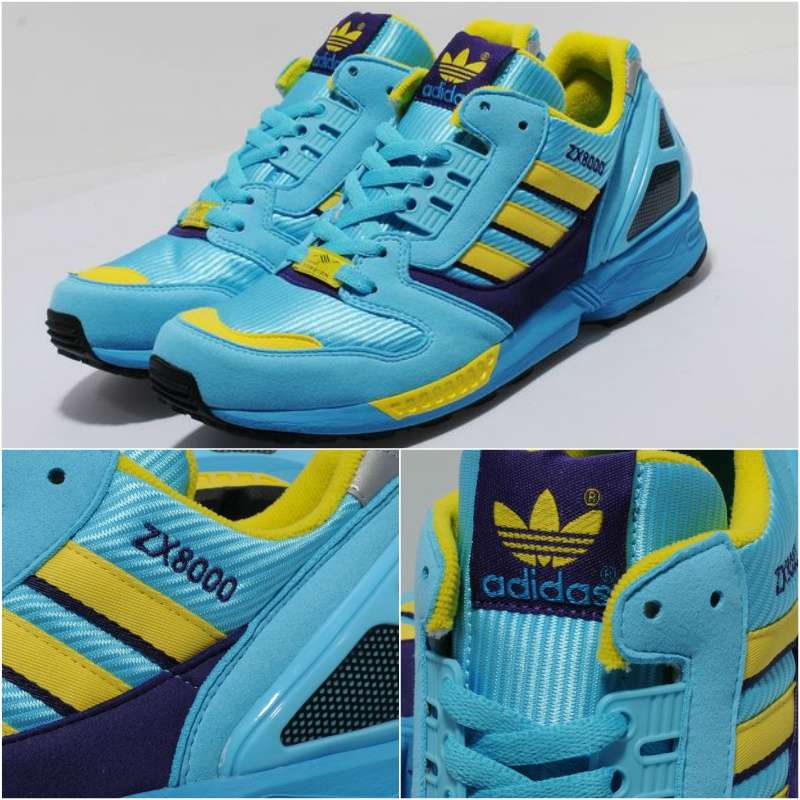 The end of the 80s was the start of the ZX8000 aqua craze, with the release gaining huge success due to its statement colouring and bold detailing. Taking inspiration from the craze for space aged technology, as well as the current fashion for bright colours and unique cuts, Adidas went full on with their look as well as the technology they used. With comfort driven soles as well as clean yellow lining that brought the piece together, Adidas managed to blend a practical hardwearing design with a statement look that drew in the public’s attention.

Due to the popularity of the design, there were two more releases in the early 2000 – one in 2004 and another in 2009. The models pleased a wide range of audiences by retaining the original features and keeping the colour way clean and striking. However with the rapid change over of stock these re-releases were soon pushed to the depth of Ebay, and people were gagging for a new release. 2013 brought about the most recent design, again maintaining the same features, but going for a brighter blue that captured the essence of the 80s colour way and vibe.

Where to buy a pair of Adidas ZX8000 Aqua