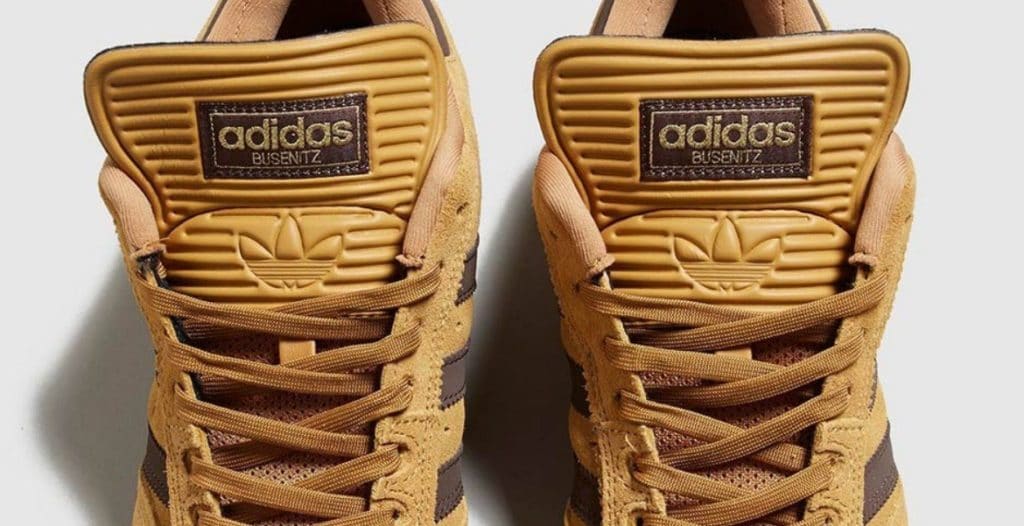 We all know the “Wheat” colourway very well, especially recently. However, it’s usually Nike that’s associated with this colour scheme rather than Adidas. The Busenitz, one of Adidas Skateboarding’s most profound models is the silhouette of choice for the wheat treatment.

Adidas Skateboarding have been churning out some amazing collaborations recently, and although this release isn’t a collaboration they’re showing no signs of slowing down just yet. In an attempt to prove that they can take on the wheat colourway just as well as anyone else, they’re releasing a Busenitz in the classic colourway.

All the standard Busenitz features can be found here, including the classic padded tongue that the silhouette is known for. Adidas branding can be found on the tongue and on the side of the model, as well as on the midsole.

If you want to get your hands on a pair of these awesome wheat Busenitz’s, the good news is that they’re available now via select retailers and directly from Adidas, both online and instore. You should be able to pick up a pair relatively hassle free too, as they’re a general release.

Where to buy a pair of Adidas Busenitz Wheat