Adidas Torsion Allegra Trainer – All You Need To Know 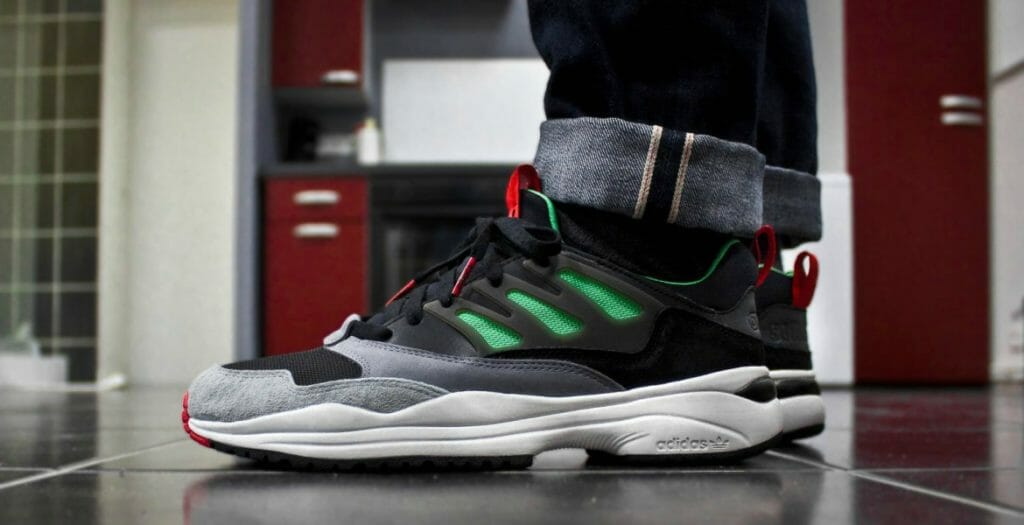 Adidas have released one of their retro running sneakers in a new set of colourways. This is our guide to a new take on a running shoe classic, the Adidas Torsion Allegra.

They might not be the best known Adidas trainer of all time but the new release certainly deserves its moment in the limelight. Although it was once a running trainer it now finds its place as a sneaker that’s built up a reputation as one of the most flexible and comfortable option from Adidas.

Alongside their one piece 3 stripe design on the side panel, they impress with a contrasting tongue sticker showing off the iconic logo. The Adidas Torsion trainers released 3 colourways in 2014 and have since come out with options for women and new colours ranging from Multicolour Cheetah to Alpine Ridge. The green, white and cream option below is one of the new release colourways.

The Torsion Allegra was originally released in 1993 and although its legacy isn’t as big as some of the other Adidas creations the latest rework has caused a stir. Once a dedicated running trainer the new designs take on a fresh look of their own. The original Torsion technology was first developed in 1989 and went on to be used in some of their most iconic sneakers of the decade. The sock like construction inside is reminiscent of the Nike Huarache’s that was released a couple of years prior.

These are some impressive sneakers, the colourway is a classic combination of black and blue with vivid splashes of red on the side panel. The chunky white sole works well as a contrast to the deep black upper and means these sneakers stand out wherever you are. Made up of a combination of suede and mesh they look a little smarter than your standard running sneaker.

The Torsion mid sole support means you can rely on these for running or general comfort. You can get a closer look at the mesh toe cap below which will mean you can expect these to be very breathable. You can see the Adidas brand stamped into the chunky sole at the heel.

Where to buy a pair of Adidas Torsion Allegra