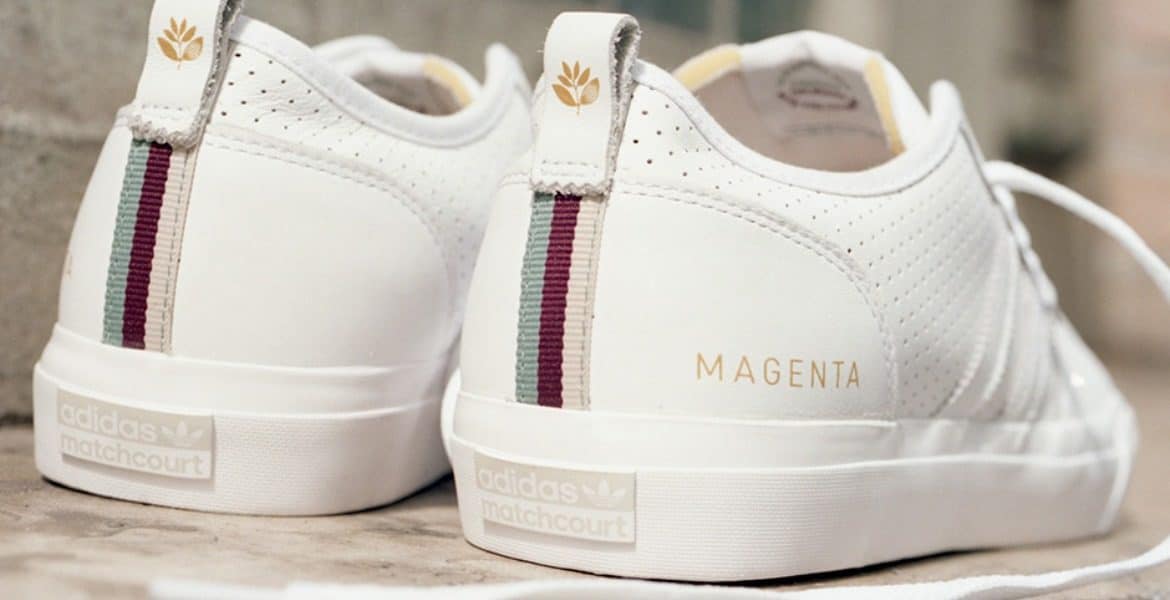 Adidas Skateboarding has a reputation for it’s excellent collaborations, and their latest team effort with Parisian skate brand Magenta looks set to be of the same standard. The model of choice is the Matchcourt, a similarly clean silhouette.

After their recent and successful collaboration with legendary rapper A$AP Ferg, Adidas Skateboarding are back yet again with a simple and timeless collaborative effort. This time, the brand of choice is Parisian skateboard team Magenta. They’ve gone for a retro approach, keeping things very simple and it works extremely well. The whole collection follows a white, claret and turquoise colour scheme. 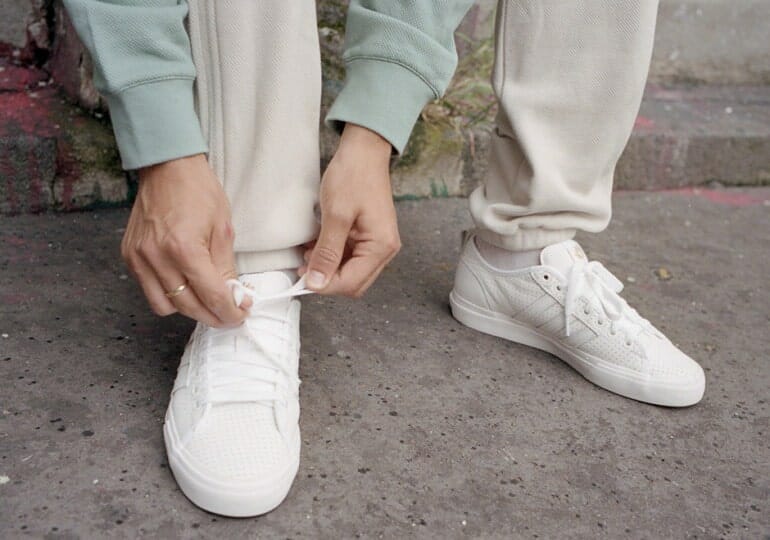 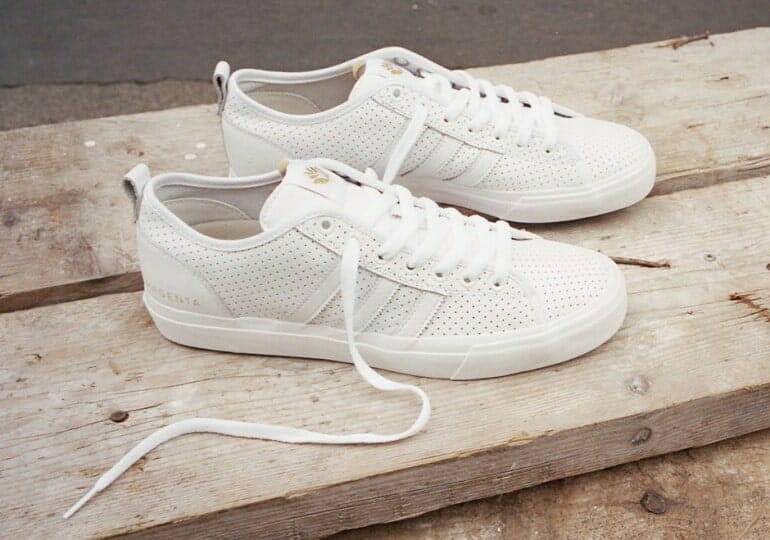 The clean white Matchcourt silhouette features a premium white leather construction, with micro perforations all round, as well as claret and turquoise detailing on the heel tab, and magenta branding along the side of the trainer. The line of apparel releasing alongside the sneakers consists of track jackets, matching track pants, as well as a classic three stripe T-shirt. The whole collection is dual branded, featuring both Adidas and Magenta branding throughout. 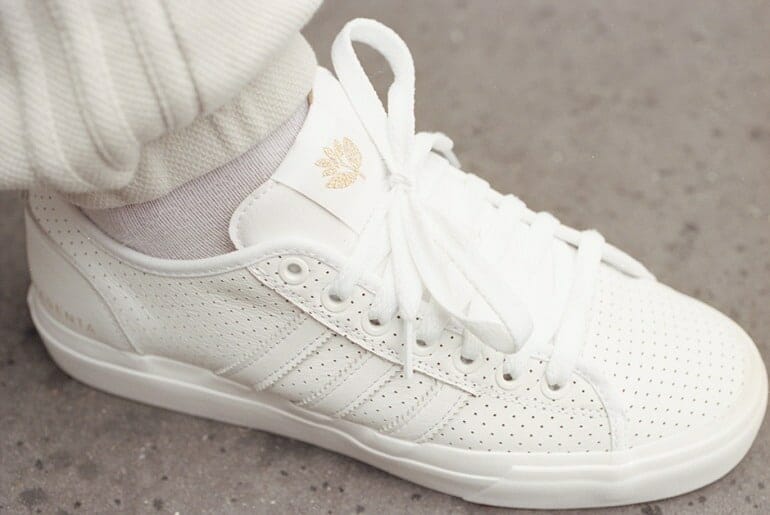 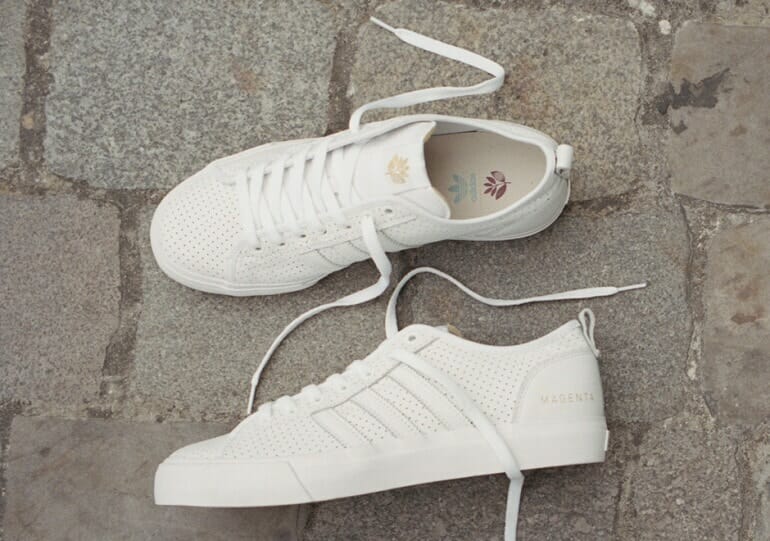 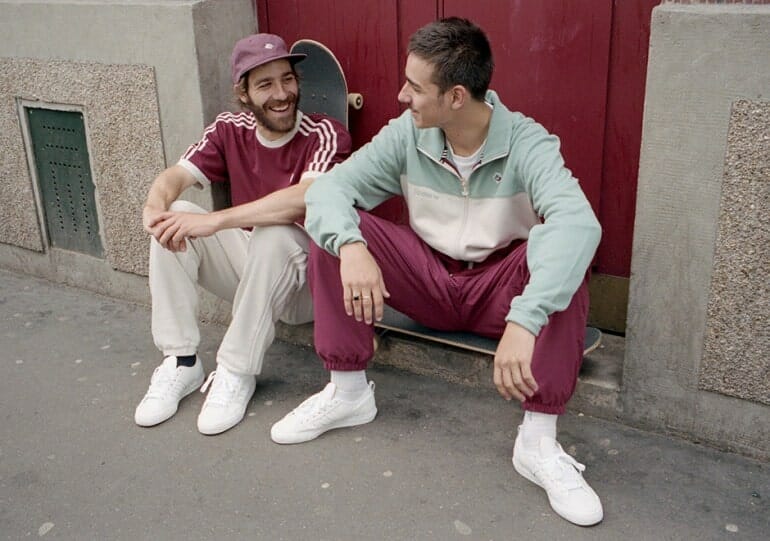 The collection releases alongside a skate film produced by both brands, titled “Boulevard Magenta”. It’ll be available via Adidas, Magenta and other select skate retailers from 16th September. Like most skateboard apparel, with the exception of the likes of Palace and Supreme, it’ll be readily available so don’t worry about any hype surrounding the collection.