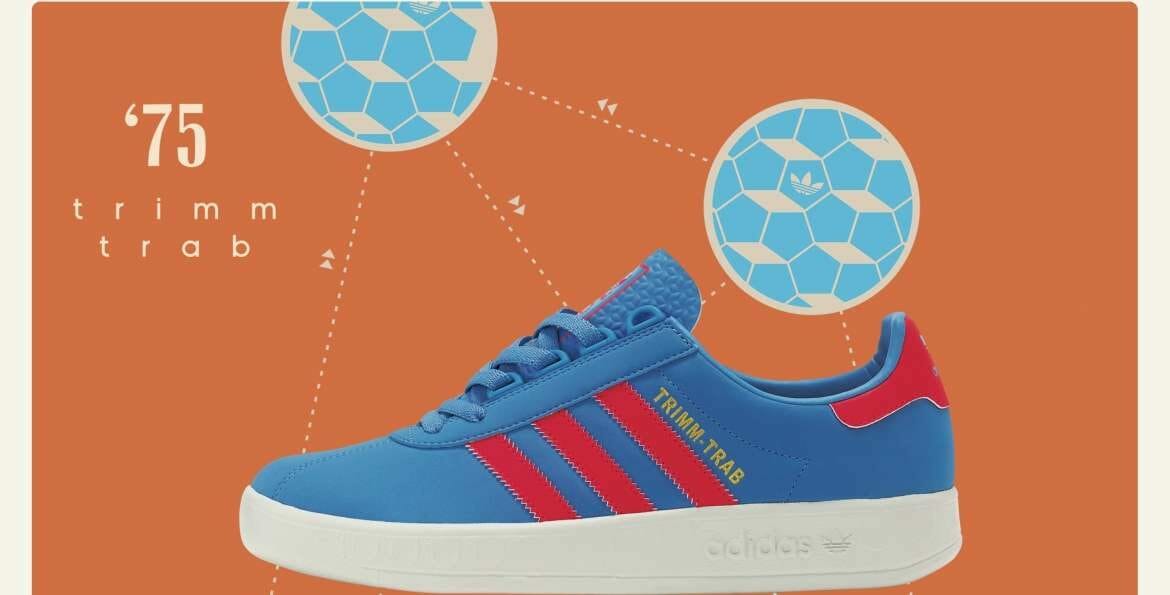 Ready for some football classics? Adidas Originals and Size? have teamed up to give us the Trimm Trab Blue, reinventing them from 1975 and bringing them into this season.

The Trim Trab series from Adidas Originals was first introduced in 1975. However, it didn’t gain in status till the early 80’s when it was adopted by football fans as their go to shoe.

This collaboration with Size? is reminiscent of the original pairs, but is updated in a bright Columbia blue with classic infrared stripes and the traditional gold foil branding.

Adidas Originals are always recreating their classic silhouettes, and this collaboration with Size? is nothing short of sneaker genius as a great way to end a successful year for Adidas. Created in a limited quantity these trainers take the classic look of the Trimm Trab series and update them in a bright colour way. If you like trainers with a bright edge then these are the pair for you, wear them with dark denim to make your shoes the centrepiece of your outfit.

First introduced as a running trainer in 1975 the Trimm Trab series featured a suede upper and the sole was made with dual-density polyurethane. The Trimm Trab was the predecessor to the Munchen and became a classic silhoutte for Adidas, being re-released in 2004 due to popular demand.

The Trimm Trab became a popular shoe for football fans in the 80’s, this is when the design saw its first spikes in popularity. Travelling football fans adapted the iconic style into their casual footwear culture. To this day most of the attributes that make the trainer iconic appear in the recent editions.