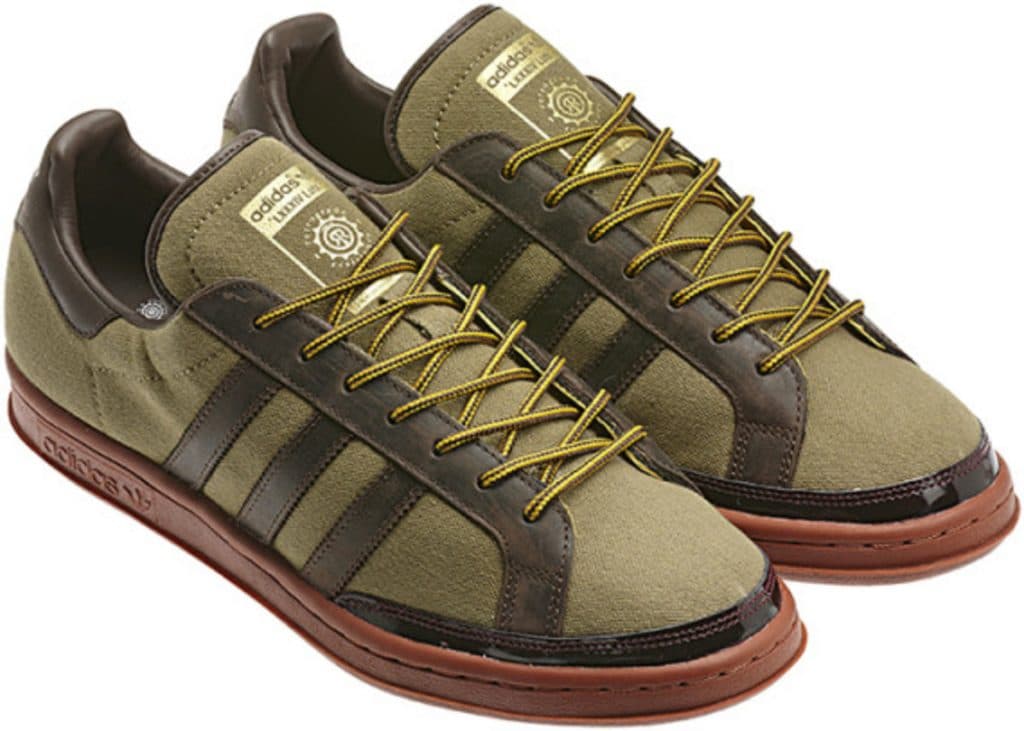 Now we’ve finally stopped crying at being snubbed on the promo adidas Boosts, we can cease the sulk and feature some quality adidas Originals in this section. Kazuki Kuraishi is that dude when it comes to collaborating with adidas. There’s a lot of collaborations at the moment, but we can smell it when a partner isn’t feeling the brand they’re working with. There’s often a look in a musician or artist’s eyes that screams, “I’d rather be wearing Jordans”, betraying the apparel they’re sporting, but Kazuki’s design skills are complemented by the fact he really, really likes adidas’ history and design language. That’s what made the entire ObyO KZK line one of the best partner projects in footwear history. Seriously, look at the project in its entirety and even the stuff people snoozed on with the brothel creeper design cues were ahead of their time. With his CASH CA collaborations making cashmere powermoves and fragment design doing its damned thing, we thought we’d seen the last of the man from Tokyo and the 3-stripes. The Burton bits he was involved in were cool, but we wanted to see something more substantial and the adidas Originals Retrograde Resistance 84-Lab line is basically the resurrection of KZK in a different project package and that’s a good thing.

This inaugural season’s key themes in shoes and apparel are horsey and football orientated, continuing that fascination with Brit-Germanic crossover. Having had the samples floating around the office for a minute, we wanted to know the full story on these shoes, but even without the background, they’re pretty effective. The 84-Lab take on 1994’s Torsion Allegra applies a patent leather that has a pull-up effect; a natural colour process that’s prone to change to lighter shades during wear, the Campus 80s gets a similar ventilated makeover to the CLOT Superstar 80s, the ZXZ ADV (one of our favourites) gets a 5-material makeover with shades of grey or navy with a yellow accent, both using that gloss with a certain discretion. Just as the adidas National Tennis makes a comeback, it gets two 84-Lab variants that use waxed leather over canvas, with patent instead of suede on the toe strip. And because we know you’ve always wondered what a ZX 700 tricked out to become an equestrian running shoe hybrid, the ZX Riding Boot buckles up and is the most literal nod to polo, horse-riding and hunting in the footwear offerings. Progressive and backward thinking in full effect.