Adidas Originals Hamburg Kopenhagen – All You Need To Know

The Adidas Originals Hamburg Kopenhagen takes a bold colour and matches it with a streamline silhouette – creating an iconic, timeless design.

Adidas made sneaker history with their iconic City series, creating statement colour ways for different famous cities from around the world. Ignoring any kind of overt cliches of the area, they came up with unique combinations based on the vibe of the area as well as certain details of the country flags.

As part of their European city series Adidas created colour ways for various cities, including Munchen, London, and Paris. Kopenhagen however was one of their most popular, with its original design making an impact on the sneaker world, and going through a variety of re-releases.

The Adidas Kopenhagen took a bold take on the iconic city, pairing the three stripe shoes with a striking yellow and black colour combination, and pairing them with a clean silhouette. Taking inspiration from the original design, while making subtle new changes, the leather and suede trainer features a slimline but sturdy sole and minimal, padded detailing. This gives the trainer an elegant, yet dynamic finish, that’s equally wearable and easy to liven up a number of outfits. 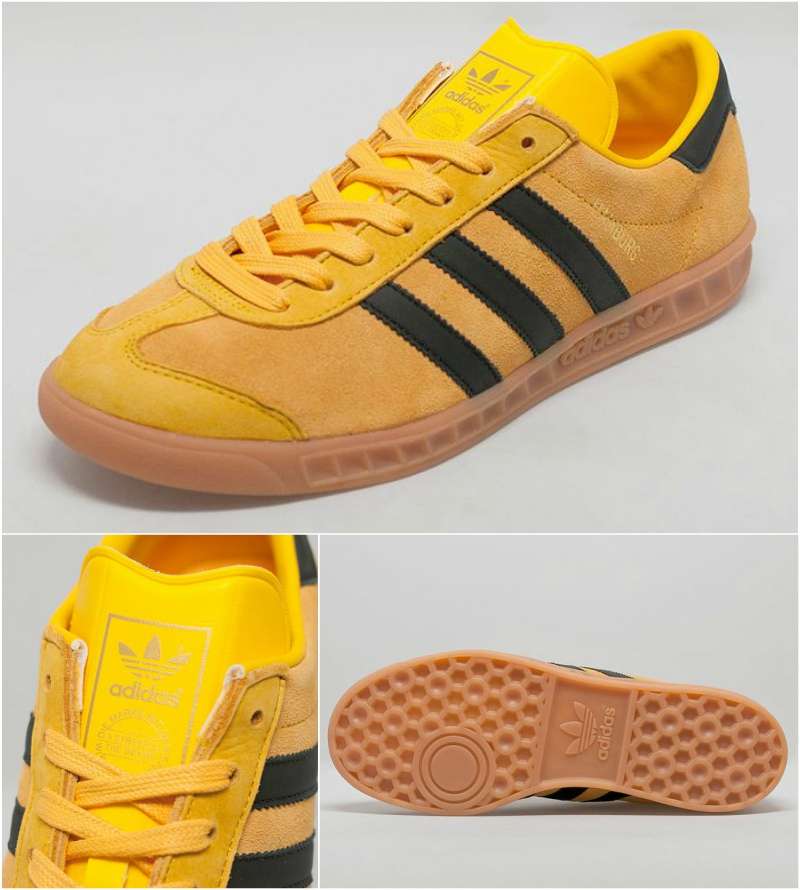 In the late 1970s, Adidas began a new creative project, taking on the most famous European cities and incorporating them into unique colour ways for a collection of trainers. They took inspiration from the flags of the countries, as well as other factors including the scenery and the overall vibe of the cities. One of the first in the European City series to be released was the Kopenhagen, with its statement yellow Adidas trainers taking things to the next level, while appealing to the 1970s fashion for bright colours and refined shapes.

The overall design was predominantly made from leather, giving it a slick, traditional sport shoe look, and going back to the classic shape that made the Adidas brand a hit in the first place. Its flexible gum sole ensured easy movement, and a clean strip of leather encompassed the majority of the shoe, giving it a streamlined edge. Its sturdy make and quality construction means that modern audiences are still after the original 70s design, as well as the variety of re-releases.

With the classic Adidas Originals Kopenhagen shoes, as well as the Hamburg shape, seen as iconic footwear, many Adidas re-releases combined the colouring and style together to create modern interpretations of the classics. The Adidas Kopenhagen yellow trainers often featured different etching on the side of the shoe, with some donning the Hamburg signature, and others the Kopenhagen one.

Popular shoe store Size? collaborated with Adidas to create modern remakes of their classic designs, taking on the popular yellow Adidas Kopenhagen trainers. They played around with the shape, creating a chunkier, less defined shape with a textured black tongue, contrasting lacing, and keeping the statement yellow leather and suede body. 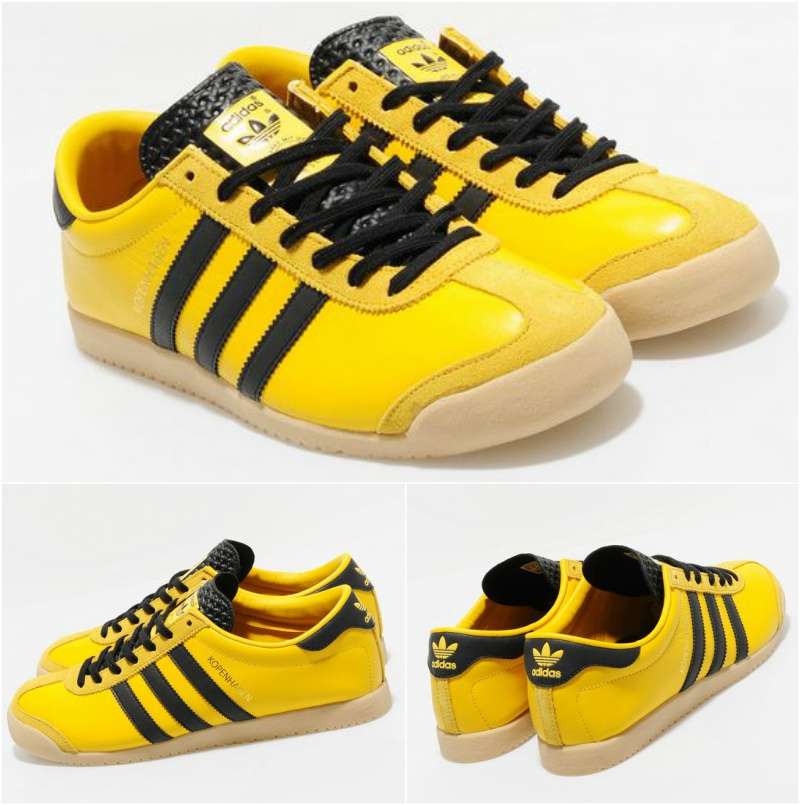 Where to buy a pair of Adidas Originals Hamburg Kopenhagen