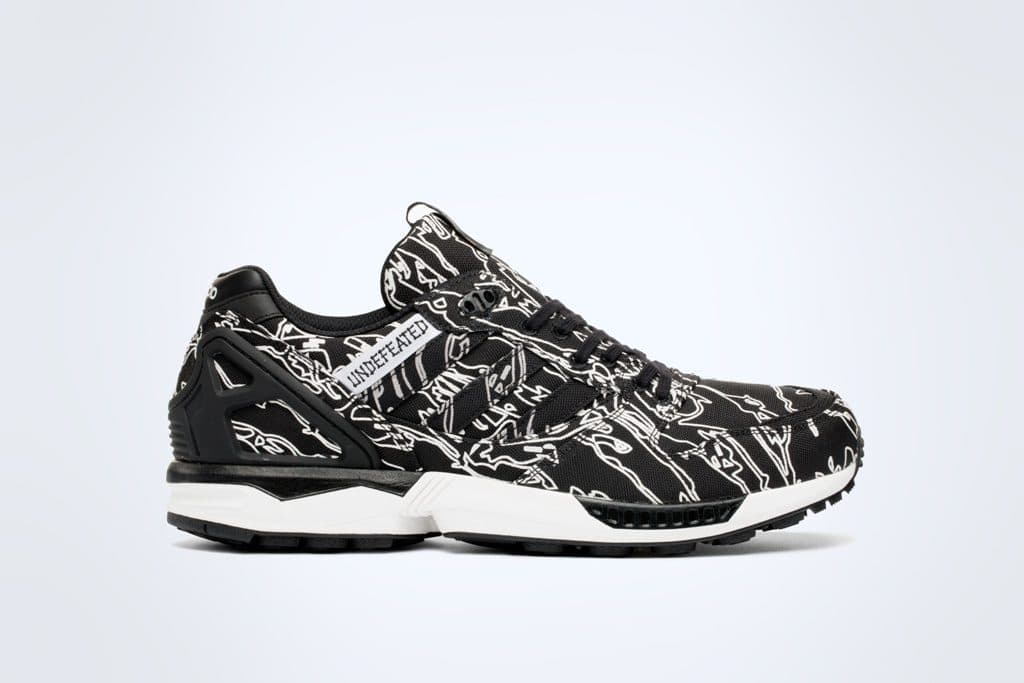 When we first saw an adidas Consortium, UNDFTD and maharishi collaboration listed, we were a bit perplexed by it. Both collaboration partners have the design clout to create classics individually, but of late, between BAPE and NBHD, Undefeated have shared the spotlight on projects. This is the kind of triple-header of names that would give folks the holy ghost back in hype’s heyday and they still have power today. We think that, seeing as they’re the kings of camo and arguably the greatest British streetwear (if we could narrow their vision down into that much-hated name) brand ever, maharishi should have been partners on far more big-brand projects than they actually have been (but bear in mind that their explosion in popularity and MHI’s biggest era was back when collaborations weren’t so commonplace). With everyone having a go at doing military patterns, a brand like Hardy Blechman’s vision of decommissioned and re-contextualised combat design was always destined to do it better. These are some folks that understand why tiger stripes are so powerful in terms of what they represent as well as their appealing aesthetics. Undefeated have never shied from combat either (and, if you remember the UNDFTD, Stussy and realMad Hectic New Balance from half a decade ago, they’re not shy of getting busy on a shoe too), with their stark branding and gunplay-esque letters. The ZX 5000 got the Bathing Ape makeover a year or so ago and now this underrated entry in the early world of Torsion gets a tiger stripe with basketball court type asphalt cues in the ‘Disruptive Court’ camo on a textile upper, with premium leather heel tab and the adidas Consortium eyelet in a safety orange to bring a spot of MA-1 to proceedings. Far more than the ghost of streetwear past, these are a good shoe and one that should resonate with more than just us Torsion fanboys given the recent explosion in people giving a Flux when it comes to getting into that iconic groove. They’ll be online this Saturday

Where to buy a pair of Adidas ZX 5000 UNDFTDxMHI