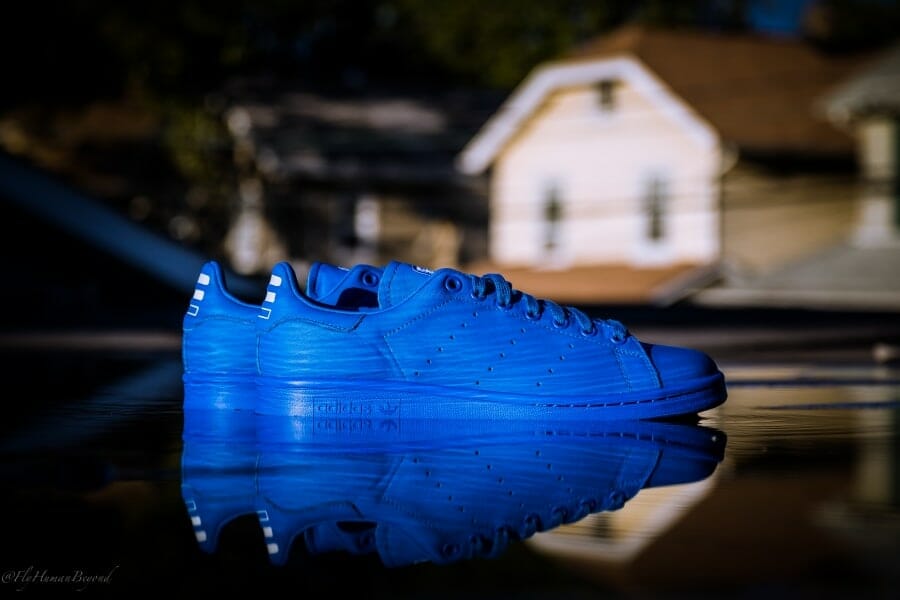 adidas has made some strong signings of late, with Nigo, Kanye and Pharrell getting their own lines. We can try to guess what ‘Ye has planned based on those stream of consciousness outbursts at shows, while Nigo’s track record with Originals speaks for itself. Pharrell has been something of a mystery — sensible gear with an eccentric accessory perhaps? We’ve seen him go hard with the Stans though.

So Pharrell Stans will be happy to find that his first 3-stripe output stays true to his aesthetic but crosses over into Mr. West’s world too with an all-red variation that’s destined to do very well. Nothing outrageous in this ‘Solid Pack’ but, as the name suggests, it’s a solid set of releases. Blue and red for the pseudo-luxury heads and all-black for Williams’ occasional forays into dopeboy rap — like the artist, it’s at its best when its minimal, stripped-down and bordering on a no-brainer, but it’s not like we’ve never seen this shoe in block colour form before either (remember the US-made variations from the early 1980s that had Japanese collectors obsessing over them?) — they’re just very, very effective and the simple stripe branding at the heel and more playful in the sockliner, with an illustrated display of a human’s internal organs on the inside, down to the colon and gall bladder. Super soft leather, versatile looks, accompanying £799 jackets and all-round wearability — we were surprised that the man himself didn’t replace Stan’s mugshot on the tongue, but we guess he’s just taking a producer role right here. These are all online (alongside the nappa leather track tops) right now.