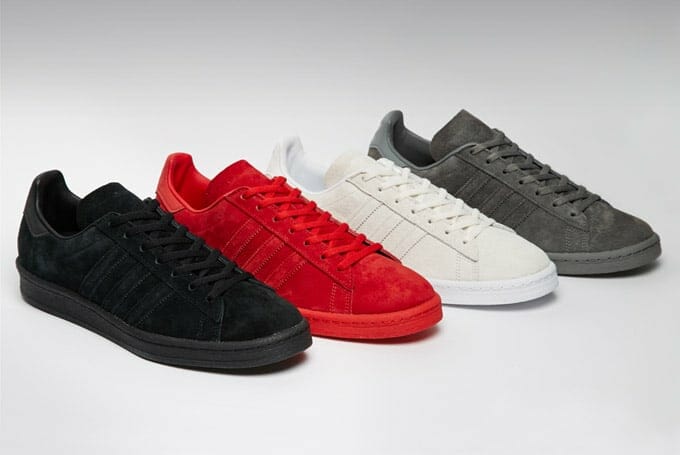 Of course, in a normal world, nobody would fixate on an all-red shoe, but since Kanye put out that all red everything Louis Vuitton Don (inspired, as we recall, by some costume design in David Lynch’s barely comprehensible yet still compelling Dune adaptation) in 2009, red-on-red has been the signifier of an aspirational existence, even when it’s put on something as simple as a Campus. It’s nothing particularly new — we recall a point in the early 1990s where we’d probably trade a liver for all red suede Fila F13s or Air Flight Mids. But in the early 2010s, Red Balanciagas were a hood classic for those with dough. Even Vans Authentics shifted units when they went monotone and those Independence Day AM90s in red resell for crazy money. adidas got on it with Big Sean, but that always came off real Yeezy-lite. It’s a very 21st century phenomenon, not least because it’s not exactly an easy look to pull off properly. But with Mr. West’s well documented (and trust us, we haven’t even scratched the surface of that hype) move to adidas, this Campus seems like a statement of intent.

Where to buy a pair of ADIDAS CAMPUS 80S ‘MONOTONE PACK’