The Acronym x Nike Lunar 1 Is Releasing on SNKRS 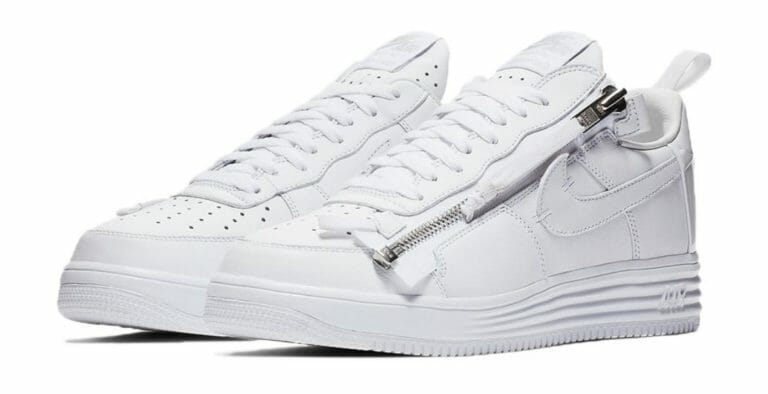 Earlier this year, we saw previewed images of an all-white Acronym Lunar Force 1, that subsequently dropped at Complex Con. Now, the shoe is set for a release via the Nike SNKRS app. Get the latest information and high quality images right here.

Acronym are known for making highly technical and functional garments, and in 2015 they were given the chance to work with Nike on developing their own take on the Lunar Force 1. The original came in three colourways and is highly regarded by many sneakerheads across the world. At the start of this month, the duo released a brand new triple white version of their collaborative sneaker at the famous Complex Con. Now, the colourway is set for a wider release via Nike’s SNKRS app. 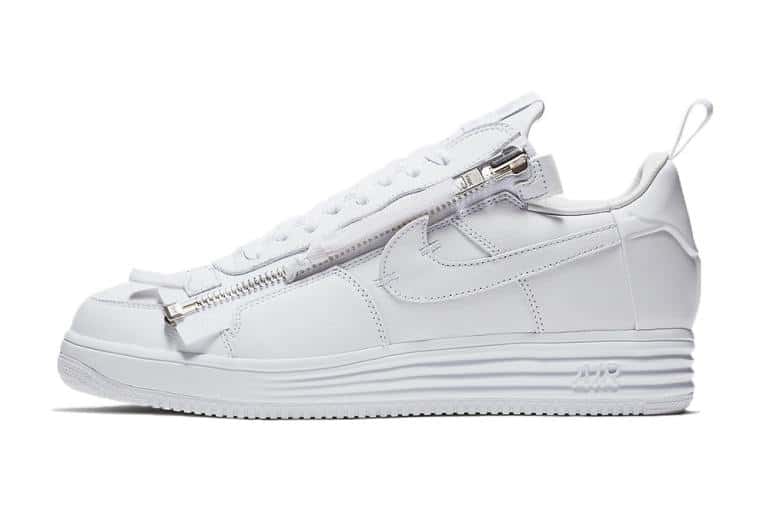 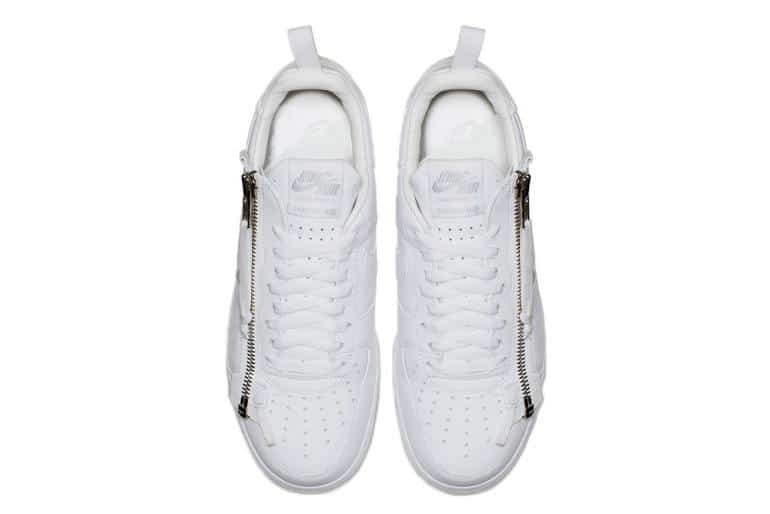 The sneaker shocked the world when it first released, as it was a completely new and innovative take on the classic Air Force 1 silhouette – a recipe that’s been left unchanged for many years. But of course, Acronym head designer Errolson Hugh had to leave his mark on the sneaker. It incorporated a huge zipper running down the outer of each shoe, allowing for slipping the shoe on and off with ease. It does actually make the sneakers a hell of a lot more functional, which was Acronym’s aim. 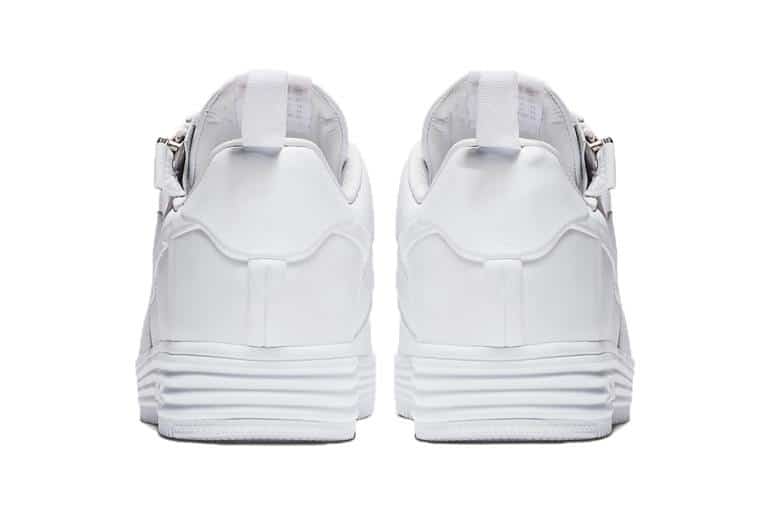 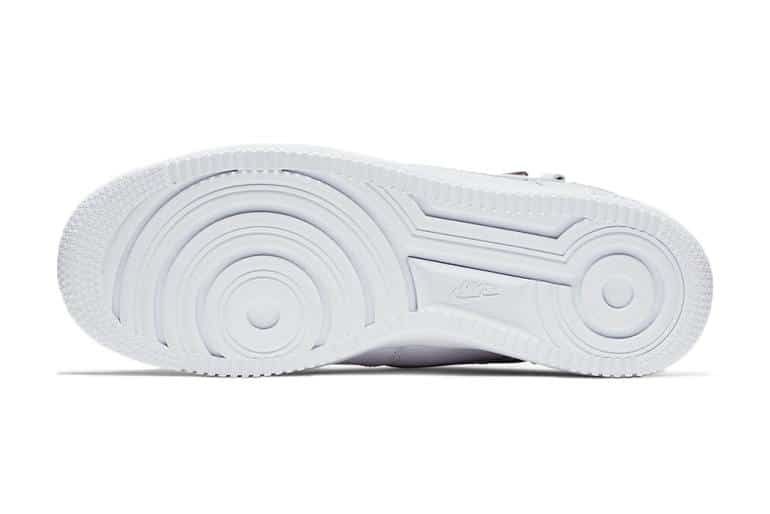 If you’re looking for the chance to cop a pair of these limited edition Lunar Force’s, it looks like you’ve got another chance. Nike has stated that they’ll be receiving a global release via their SNKR’s app on the 3rd of December. Still, it doesn’t mean it’s going to be an easy purchase. These sneakers are indeed very hyped, so make sure you’re ready and waiting on drop day to add them to your cart.