A.P.C. Launch Their Take on the “Dad Shoe” 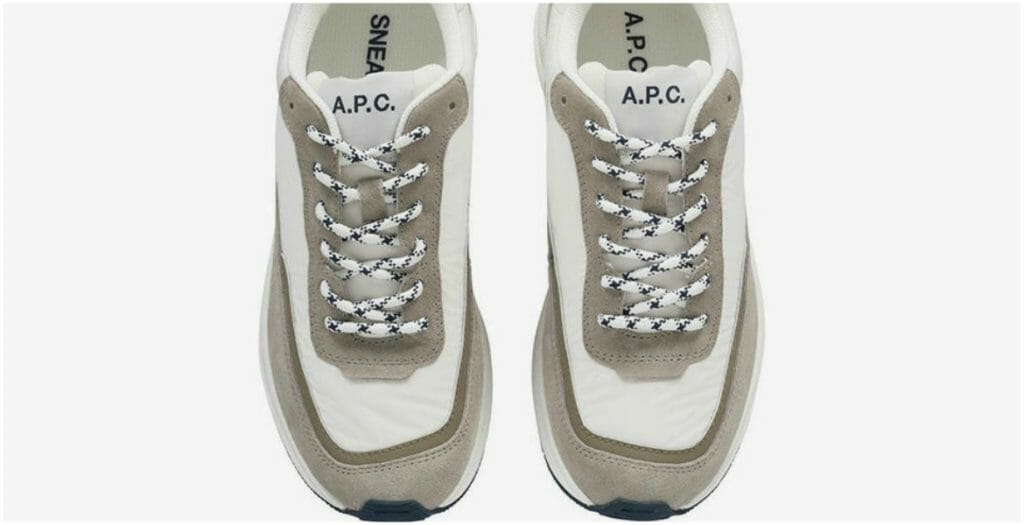 The French label A.P.C are dipping their toe in the dad shoe market like countless other brands as of late, with the announcement of a brawny and tonal runner. Marked for release at some point during 2018, read on to find out more.

Set to release at some point in April of 2018, A.P.C have announced a chunky sneaker, hopping on the dad shoe trend. As of now they don’t have a name, known simply as the A.P.C Runner within the community for now.

The release of this new sneaker is a while away but has the potential to make waves in the high fashion scene and challenge the prowess of other high fashion designs, such as Balenciaga’s Triple S sneaker. Available in three unobtrusive colourways for both men and women, the sneakers are available in an all-white version, an steel grey edition, and a tan and white variation – all of which feature a white sole.

The sneakers look to be constructed of suede, leather and rubber, sure to be of a premium quality from A.P.C. A high grain leather covers most of the upper and a thick and chunky rubber mid and outsole make this sneaker a solid choice for fans of the dad shoe wave. Clean and simple A.P.C branding on the tongue tab and insoles indicate the creators of the shoe as well as providing a small flex when rocking them. Finishing the sneaker off are suede panels running the length of the lace eyelets, laced with thick outdoor lace for the advancing cold weather.

Not releasing until April of 2018, are A.P.C taking a gamble by waiting to launch a sneaker that inspired by such a current trend?

Where to buy a pair of A.P.C Runner