A First Look at the adidas Deerupt Silhouette 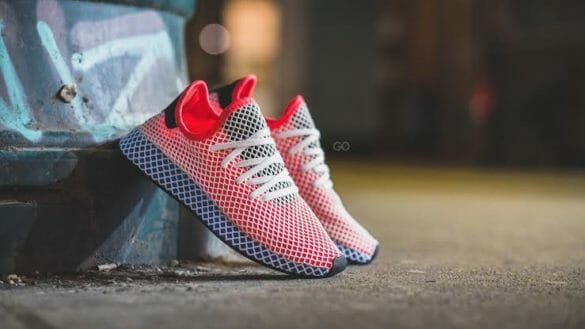 The legendary German sportswear brand adidas Originals is gearing up to launch its latest silhouette, known as the Deerupt.

2017 was a huge year for adidas. We saw the release of brand new silhouettes such as the Prophere, and the revival of classic lines such as the EQT range. Now, the brand seems to be preparing for the launch of its first original silhouette of the year, known as the Deerupt. The shoe itself appears very visually similar to the Pharrell Hu Tennis model, however it also looks to be completely covered in a net-mesh material, similar to that seen on the soles of adidas silhouettes of the past. We’ve managed to get our hands on a pair early and tried them out first hand, check out some of the exclusive images we shot below.

So far we’ve seen three colourways of the Deerupt emerge online. First off we have a sporty looking red/blue colour scheme, followed by a clean black/white version, and of course a triple white edition. There’s no sign of any three-stripe branding here, or any Boost technology for that matter. The only apparent adidas branding that can be seen so far is in the form of a trefoil logo on the heel of the sneakers. 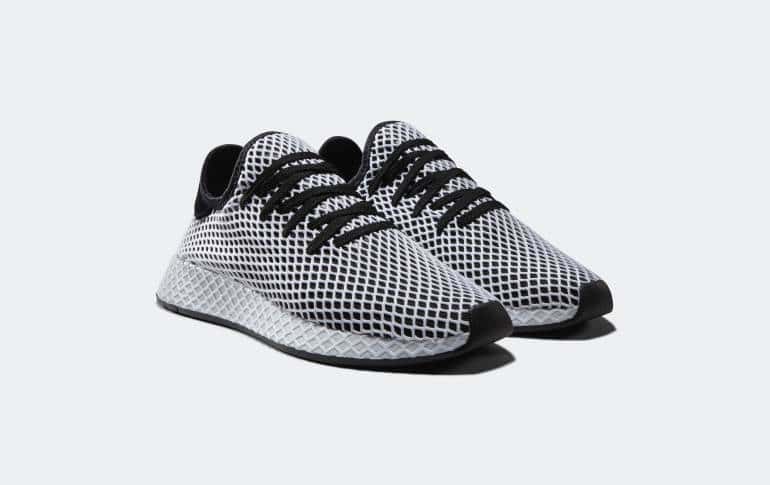 If like us, you’re eagerly awaiting the release of the Deerupt, the good news is that you won’t have to sit tight too much longer, as the silhouette is set to launch online on the 22nd March. You’ll be able to pick up a pair via adidas directly. Pricing information is yet to be confirmed, but we can confirm that the model will be a general release, meaning there won’t be a mad rush to get your hands on a pair.

Where to buy a pair of Pairs of adidas Deerupt