A Detailed Look at the Off-White Air Jordan 1 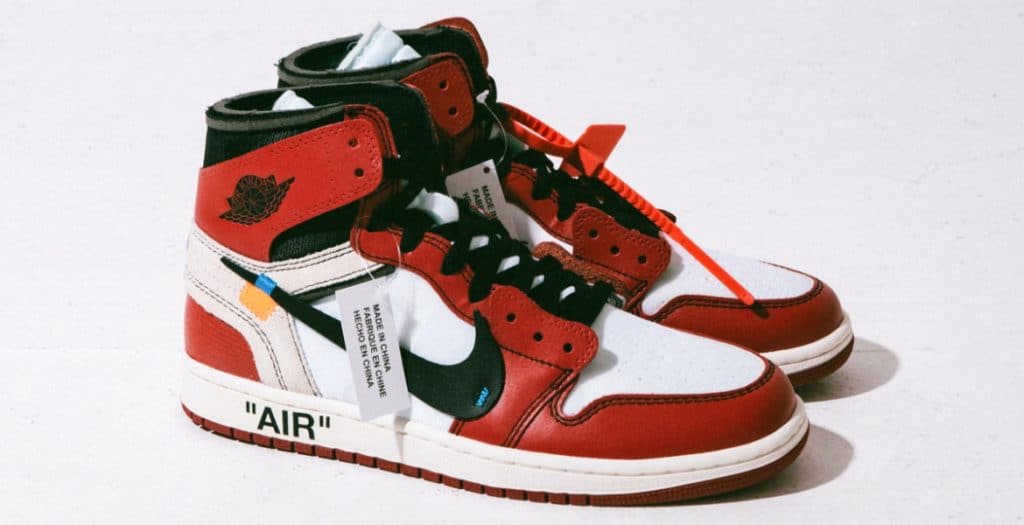 Since we started to see leaked images of the Off-White x Nike Air Jordan 1 earlier this year, there’s been huge hype surrounding them. They’ve been seen on the feet of celebrities and influencers alike, and now we’ve got a detailed look at the shoes and everything that comes in the box.

After months of hype, the drop date for the Off-White x Nike collection is set for the 18th-22nd of September in London. The most hyped sneaker out of the collection has the be the classic Air Jordan 1. Virgil Abloh completely re-imagines the classic silhouette with his ultra modern and clean style. The sneakers have been seen on the feet of Virgil himself, Ian Connor, and Travis Scott to name but a few – some of the most stylish men in fashion right now.

The shoes come complete with a shed load of Off-White branding and individual features, in fact although they are based on the classic Air Jordan 1, the amount of different materials used and features included makes them almost a brand new sneaker.

Release is set for the 18th-22nd of September in London, and it’s certain to be absolute madness. There’s already huge demand for the Off-White Air Jordan 1, and it’s likely to be extremely limited also. It’s likely to release alongside the rest off the Off-White x Nike collection, which so far we know consists of a Vapormax, Blazer and an Air Max 90.

Where To Buy White Air Jordan 1