The 9 Most Expensive Sneakers Ever! 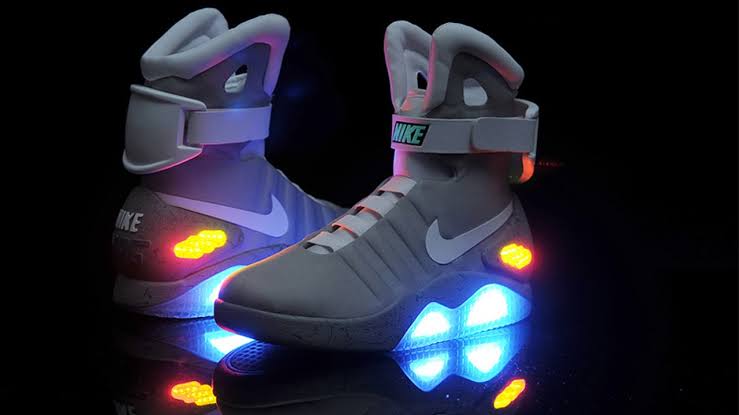 We don’t have to tell you that being a sneakerhead is expensive business. These days it’s near impossible to get your hands on the latest drops for less that $100, but there are some trainer drops that truly break the bank. We rediscover the most expensive trainers ever – credit cards at the ready.

Sure, forking out a couple hundred pounds might leave a bitter taste in your mouth and a couple of raised eyebrows from your unimpressed parents. But we get it. Some drops are more than worth it, and hey, if they look good and you don’t regret them by the end of the month, then it’s money well spent. Although granted, some seem to have a lot more money than sense when it comes to splashing the cash on sneakers.

The trainer resale market is now worth over $1 billion and is home to some of the world’s most expensive shoes. And it’s no surprise, when some of the most limited edition trainers are reaching ridiculously eye-watering figures. It goes without saying that the sneaker giants are leading the way in producing some of the expensive shoes in the world, so expect Jordan trainers galore, sprinkled with some high-end, luxury contenders… 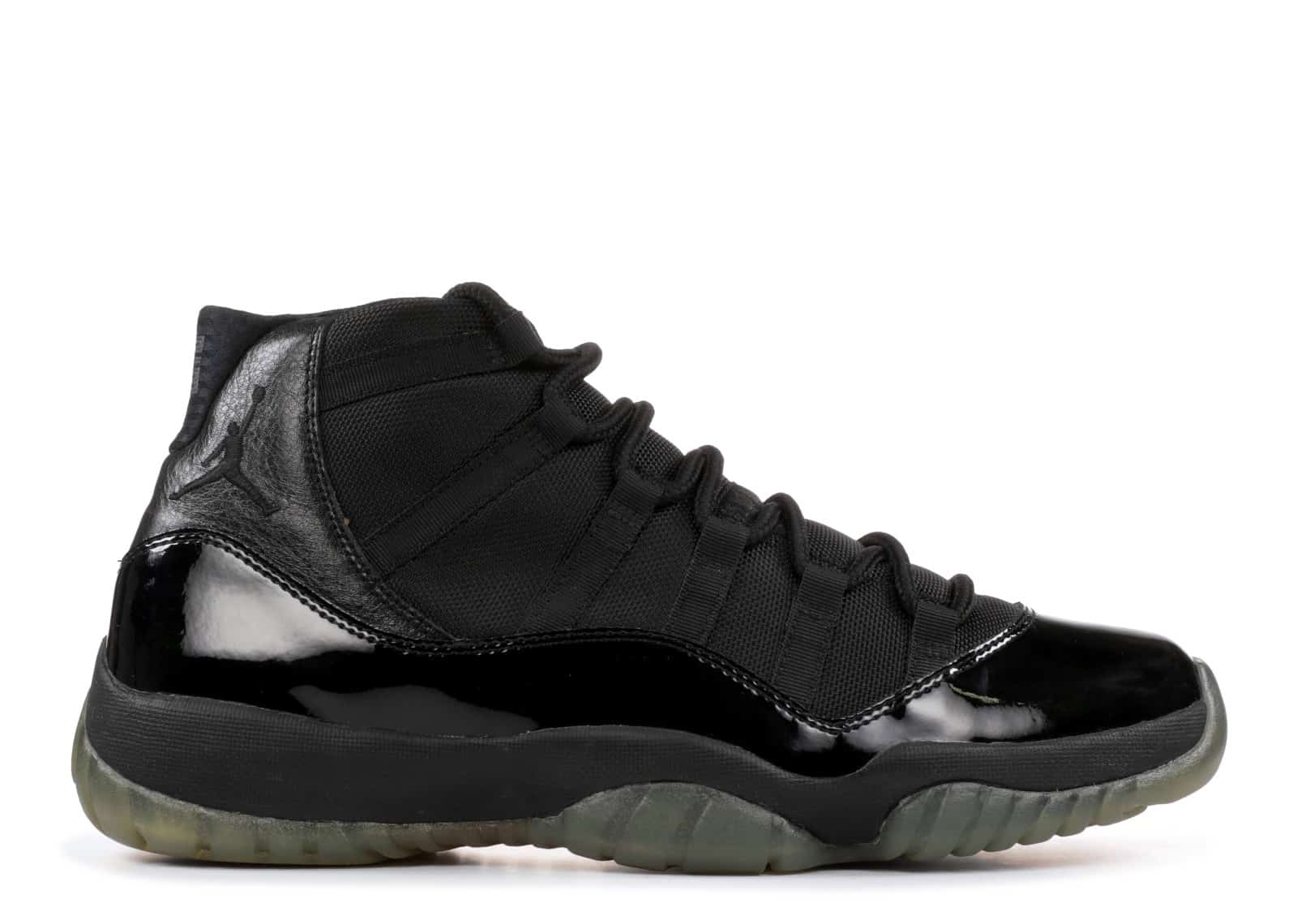 Kicking off with the big guns, this pair of trainers takes the title of most expensive Jordans ever, and are considered amongst the best trainers in the world. In 2012, trainer fans went mad for the Air Jordan 11 Black Out when it was assumed that they were a sample of a drop to come later in the year … Which never happened. It’s reported that one guy (arguably with more money than sense) shelled out 11 thousand dollars for a pair – but we can’t help but wonder how much they would have gone for if we knew it was a one-of-one release?

Definitely not the most subtle of trainers, but if you’re handing over $37,000, I guess you’d want them to be at least slightly eye-catching. If you can’t already tell, the Nike Air Mag’s are a replica of the fictional shoe worn by Michael J Fox in Back to the Future II (self-lacing powers not included). A charity auction of 1510 pairs in 2011 raised almost $6 million for the Michael J Fox foundation, which was matched by a Google co-founder – going to a good cause like that, we can’t really sniff at the cost. Fun fact: Tinie Tempah bagged the first pair put up for auction, reportedly paying £28,995 for them. 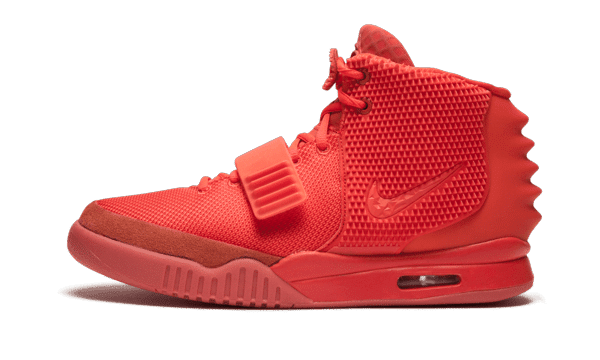 It was a collaboration cloaked in mystery for a long old time, but after their break-up, Nike released the Air Yeezy 2 Red October in 2009, as designed by the man himself, Kanye West. It seems every trainer that the man touches turns to gold, or rather paper, so it’s no surprise that the now highly illusive and coveted kicks became the fixation of keen sneakerheads.

Legit pairs of Air Yeezy 2’s can be found online for a couple of grand, but one of the most ridiculous bidding wars resulted in someone offering over £13 million for a pair – who even has that much money?! It’s also been said that the owner of a pair of Red Octobers signed by Kanye was offered $98,000… and turned it down! 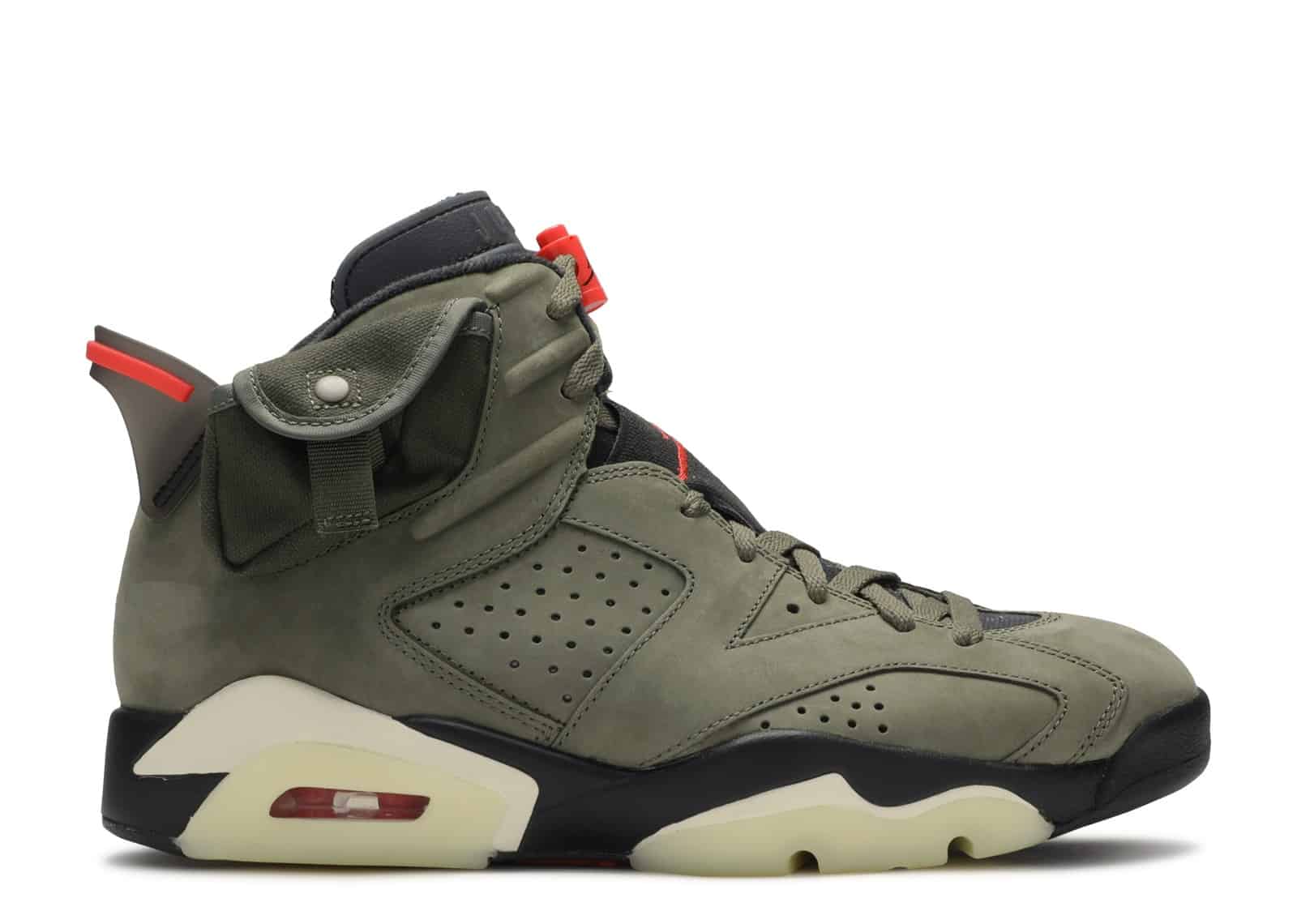 Probably one of the most subtle trainers to be included in this list, but definitely not the cheapest, the Air Jordan 4 collaboration with Undefeated in 2005 was limited to just 79 pairs. It was also Air Jordan’s first proper collaboration, which probably added to the covetable factor, although it’s design was also heavily praised. And there’s no doubt that people are still willing to hand over serious doh for these kicks, with a pair going for £11,598 on sneaker reseller site Flight Club last year. 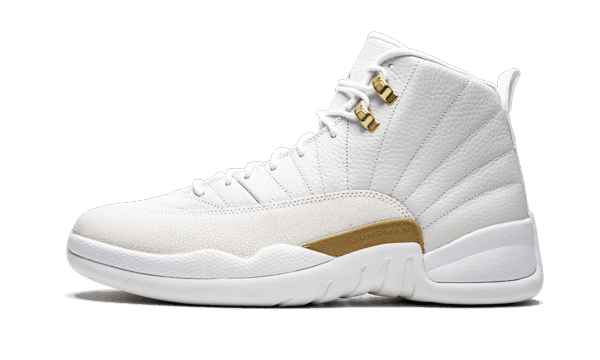 To celebrate the start of their partnership, Jordan brand gifted Drake and the OVO crew with custom Air Jordan 10 and 12 models. And no one can deny that Drizzy is a generous guy – during a gig, he handed out a pair of box-fresh OVO Air Jordan 10 and 12s to a lucky guy and gal in the audience. Being totally grateful and blessed with the gift bestowed upon them by Champagne Papi, both immediately put the rare trainers up for sale online. The 10s went for 15 big ones, while the 12s reached the dizzy heights of 77 grand. 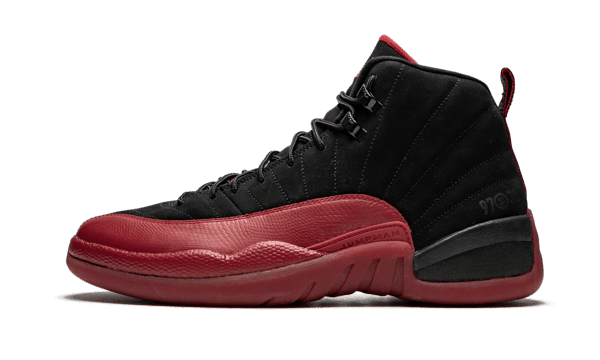 Every so often, certain sports matches reach legendary status, and usually they involve Michael Jordan. Back in the 1997 finals, he managed to notch 38 points against the Utah Jazz, despite having crippling food poisoning (is anyone else wondering what it is that he ate? No?) Following the game, he signed the Air Jordan 12s he was wearing and gave them to the ball boy – and unlike the aforementioned Drake fans – that wise ball boy kept them for 16 years before selling them at a luxury auction house for £80,000. 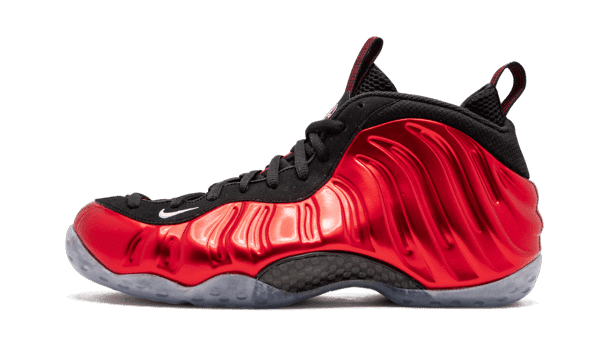 Now you can’t deny that these bad-boys aren’t eye-catching. After all, if you’re spending a mortgage on a pair of trainers, you want people to notice them. Sneakerheads love all things old-school, and Foamposite’s are definitely that – but they might be bitter to hear that, had they bought them in 1997, they would have only cost a measly £140. Today however, you’re looking at a price tag of around £1,159. Now that’s inflation. Another fun fact: Basketball player Penny Hardaway added a hint of controversy to the Foamposite – when the NBA didn’t let him wear them because of their bright colours, he coloured them in with a Sharpie. 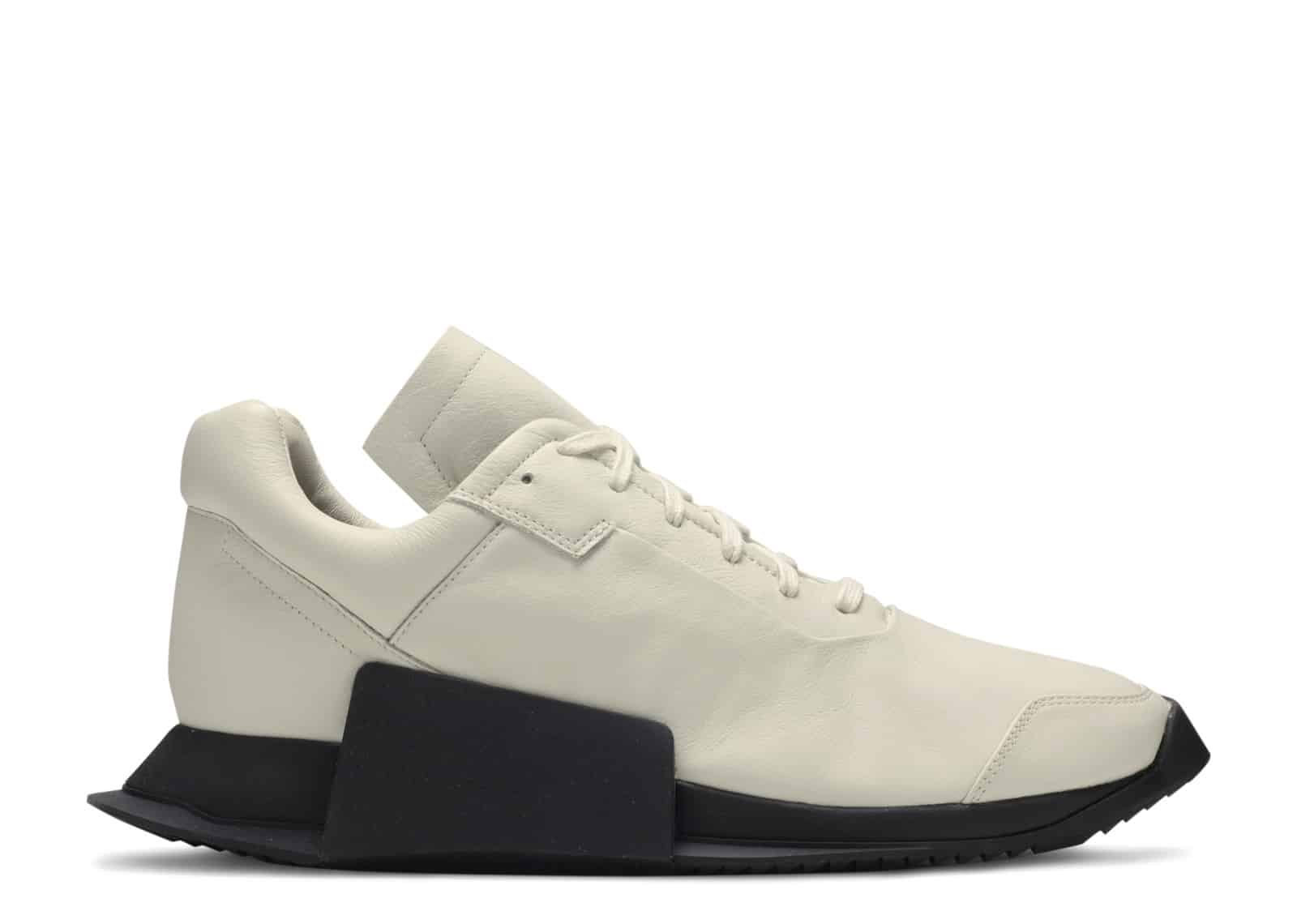 Subtle also isn’t a word one would use to describe Rick Owens. His outlandish designs have sparked both controversy and awe on many an occasion, and while the majority of his designs will set you back a pretty penny, it’s the GeoBasket trainers that really take the biscuit. The likes of ASAP Rocky have been seen wearing them, but it’s the ‘similarities’ between the GeoBasket and the Nike Dunk that got sneakerheads talking. Nike obviously jumped on it and get the Rick Owens lookey-likies taken off the market, so there’s not many left out there – which off course adds to their notoriety and their price. If you’re after a pair, you’re looking at between £600 and £4000 depending on condition, colourway and material (iguana leather is all the rage, don’t you know). 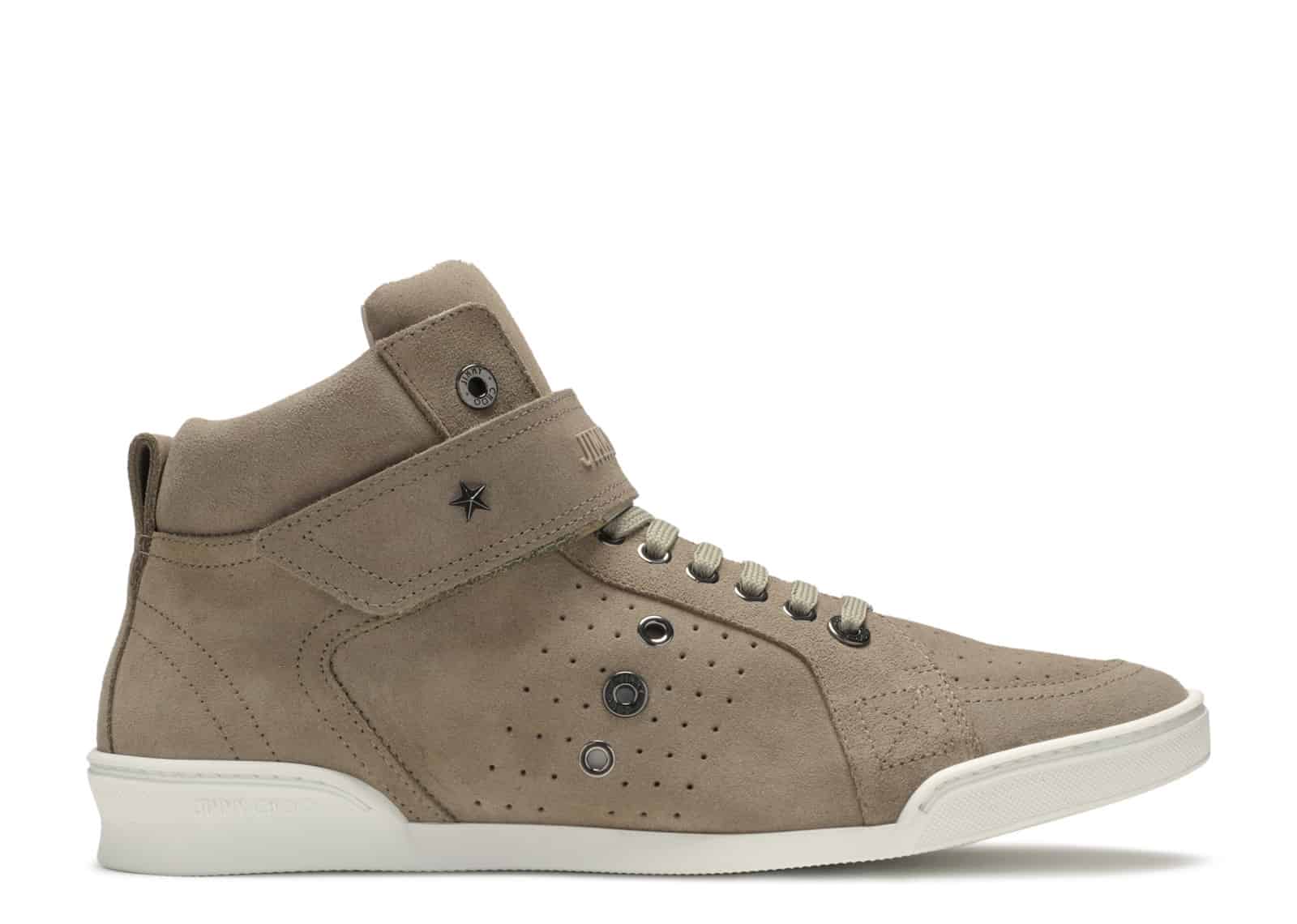 There seems to be a bit of a running theme between expensive trainers and their Back to the Future resemblance. This pair by Balmain are as silver as the coins you’ll need to buy them. The super high top, velcro sneakers undeniably make a statement, and they do boast quality leather and construction. But if you’re paying £1,140 for a pair of trainers, we’re guessing you’d probably expect that.

Collecting exclusive trainers can be an addictive hobby, but when they’re this expensive, it’s probably better to take up knitting or something. However, if you do have the cash to splash, investing in a limited pair of kicks could be worth your time in the long run – the sneaker resale market is now worth a ridiculous amount, so you’d be wise to get in on the action.