9 of the Best Celebrity Houses 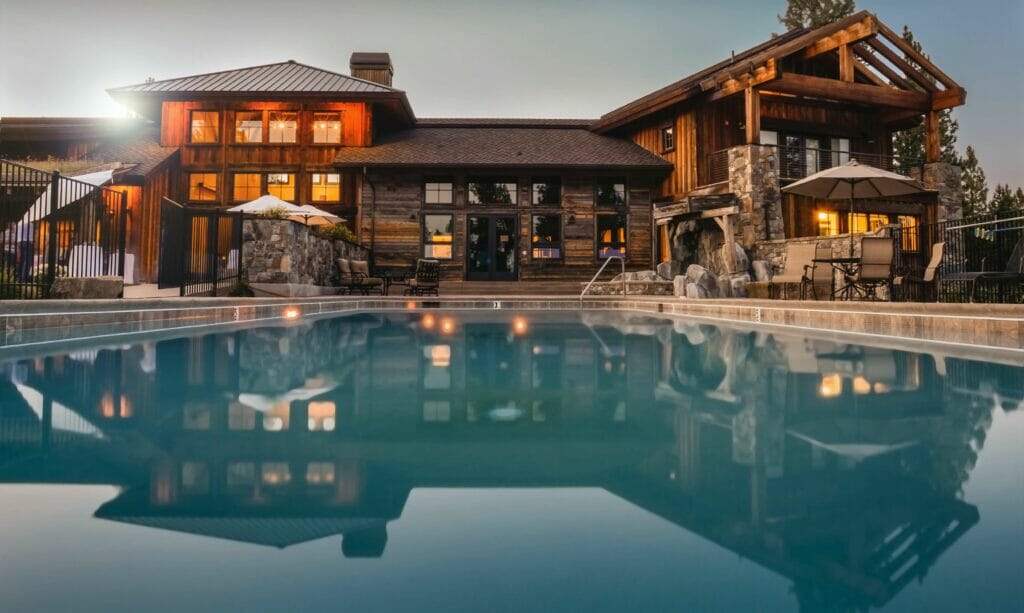 When you aspire to living somewhere, you typically look to those of celebrities. These are some of the best in the world and we’ve trawled through the real estate archives to find you the best of the best. From the likes of Beyonce and Jay-Z to Michael Caine, these are the houses we would most likely buy if we had the fortunes. Prepare yourselves to be extremely inspired and undoubtedly a little jealous.

You have probably found yourself dreaming of a celebrity lifestyle at one point in your life, especially on those mundane Monday mornings back in the office. We ourselves are guilty of this and we have often found ourselves searching the Internet for the best and the biggest. Below we have compiled a list of our favourite homes of the rich and famous – homes that we ourselves will most likely never even step foot in, let alone have the opportunity to own.

From the homes owned by the likes of Kanye West and Tiger Woods to those owned by Bill Gates and Will Smith, the below are just some of the incredible houses out there. Better start saving if you want one of these cool celebrity houses.

Will and Jada Smith

As the heads of one of the most famous families in the world, made up of Will, Jada, Jaden and Willow, you probably expect the Smith’s to have a pretty impressive pad. Well you would not be wrong. Their home is probably (and this is a bold statement) one of the best in Los Angeles. Sitting in Calabasas, the Smith’s can count Kim Kardashian and Kanye West as neighbours, and the house itself (if you can even call it just that) is as grand as they come. Estimated at $20 million the sprawling mansion is so big that it actually has its own zip code, which has allowed Will Smith to receive the moniker ‘the Fresh Prince of Calabasas’. Golf course, basketball courts and swimming pools aplenty, this is definitely up there on our hit list.

The New England Patriots quarterback and his supermodel wife are the second highest paid celebrity couple in the world, so you can guarantee that they have a pretty large pad. The couple have owned homes on both sides of the US, but its their sprawling Los Angeles mansion that we’ve got our eyes on. Their $20 million dollar house – or should we say castle – in California actually features a moat. It is a gigantic house that is fit only for the finest, so it’s no surprise that the person who bought it off the pair was Dr Dre.

John Travolta and his wife were one of the first couples to purchase land in the Jumbolair Aviation Estates in Florida, the residential airpark where they live. Travolta owns five aircraft and an astonishing 16-car garage. It’s no surprise that, as aviator enthusiast, he has a private runway, where he stores his Boeing 707.

Oprah Winfrey is the queen of television, and her mansion is exactly what you would expect her to reside in. Named “The Promised Land,” the house is located in Montecito, California and was purchased in 2001 for $50 million. The house features a man-made lake, tennis court, guest house, barn and orchards which sit in 41 acres of land. The building itself has a wine cellar, gourmet kitchen, two theatres, 10 fire places, six bedrooms, and 14 bathrooms.

Tiger Woods has an exceptional home and it sits on its own island in Florida. Situated on Jupiter Island Woods bought the house in 2006, paying a reported $40 million for the 12-acre grounds and the 9,000-square-foot-plus beachfront home that stood on the property. The grass is in pristine condition, of course, there is a nearby golf course. Jupiter Island is home to some of the most famous and wealthiest people in the world, including Celine Dion.

For the richest man in the world, you can only expect the best. Bill Gates’ Xanadu estate in Medina, Washington is the largest private residence in the U.S., worth a whopping $120 million. He reportedly pays around $1 million in property taxes each year. Xanadu 2.0, as it is called, is an “earth-sheltered” house, meaning that it’s built into its surroundings to regulate temperature more efficiently. The 60-foot pool is located in its own separate, 3,900-square-foot building and it has underwater music, naturally.

The house’s amenities are endless, with 24 bathrooms, a theatre and even sand on the beach which has been imported form the Caribbean.

For two of the biggest names on the planet, it’s no surprise that Kim Kardashian West and her husband Kanye West have one of the most talked about houses. Their sprawling mansion has been having work done in it for some years now and is still not ready, but when it is it will be one of the finest houses in the Hidden Hills area of Los Angeles.

Jennifer Aniston’s Beverly Hills home is so great that it has just been featured in Architectural Digest. It was the house she shared with Justin Theroux, but now that they have parted, Aniston is looking to sell it. The house was designed by architect Harold W. Levitt in 1970. The house, which Aniston calls Ohana, is a reference to the Hawaiian idea of extended family, and is the first time she has undertaken the creation of a large residence on her own. The result is an open, airy home that is pretty much the dream.

Above we have shown you some of the best celebrity homes on the planet. From Bill Gates humungous mansion to Kim Kardashian West and Kanye West’s soon-to-be epic Hidden Hills pad, we have given you a taste of the luxury that some of the most famous faces on the planet. We apologise if we have made you a little jealous.